Car rides these days have been quite relaxing and entertaining, now that Allie is past the stage of squirming and whining in the car seat whenever she’s tired and cranky.

The girls would sing, and we would chitchat.

Last night, they were singing different variations of “Wheels on the bus” with different characters, making up their own lyrics.

Clarissa would start the song and Allie would chime in. They sang and sang about Daddy, Mummy, Baby, Driver, Ah gong.. until Clarissa ran out of ideas and paused momentarily.

Allie broke the two seconds of silence and said, “Who else?”

Then Clarissa started singing, “The Mummy in the bus says..?”, pausing for Allie to continue.

Sometimes I’d pass them their water bottles and ask them to drink up.

Clarissa would take her bottle without question.

But Allie would either say, “No thanks!” Or tell me, “I drink water already!” (No she did not.)

There was once someone farted (not the adults) in the car and it reminded me of my exchange with Clarissa during bed time.

She let out a really smelly fart so I reacted and told her it was very smelly.

“You said my fart is smelly! So you don’t love me! If you love me you won’t say my 放屁 is smelly,” she explained.

I recounted the exchange to the hubs, and the conversation turned into an assurance that we love them and will always love them no matter what they do, and no matter how smelly their farts are.

“Daddy and Mummy love you both ok?” The hubs said to them.

It is so cute.

Now she’d declare cheerfully to her Yaya or to us from time to time, “Daddy and Mummy love me!”

Allie’s speech and vocabulary have progressed a lot and it’s so fun listening and talking to her now.

I love how she uses words like “already”, “also”, “anymore”, and most recently, “because”. She sounds like an adult speaking in a kid’s voice.

There was once I saw her struggling to carry her water bottle so I asked her if it was heavy and if I could carry it for her.

She hugged her water bottle and said to me, “It’s not heavy, anymore!”

If you asked her “Allie, why..?”, she’d start her response with “Because”.

She coughed twice yesterday morning and said to her Yaya, “I cannot go swimming today.”

Her Yaya asked her why (since it sounded like a one-off, dry cough).

She said in a matter-of-fact tone, “Because, I coughing!”

I told her we were going to swim at Wai-po’s place but since she’s coughing, she would have to give it a miss.

“I can go Wai-po’s place!” She said to me immediately. “I not coughing, already!”

She enjoys swimming and her swimming lessons so much, I don’t think she would skip them if she has a choice!

When I picked them up from the school bus after their first day in K2 and N1, Clarissa shared about her day in K2. Naturally I turned to ask Allie, “How is your day in N1 today?”

She paused and considered the question before answering me cheekily, “I drank milk yesterday!”

Whenever we dined out and came home, her Yaya would ask her, “What did you eat for lunch/dinner?”

And her answers would always be some random food she did not have.

There was once she had noodles, but when her Yaya asked her what she had, she said, “Rice and chocolate.” 😂

Once, she had rice but she told her Yaya she had “porridge and noodles”, which left my helper totally bewildered because who’d eat porridge together with noodles?

I love this cheeky little one.

But if you laugh or smile at her she’d turn serious and tell you, “It’s not funny.” 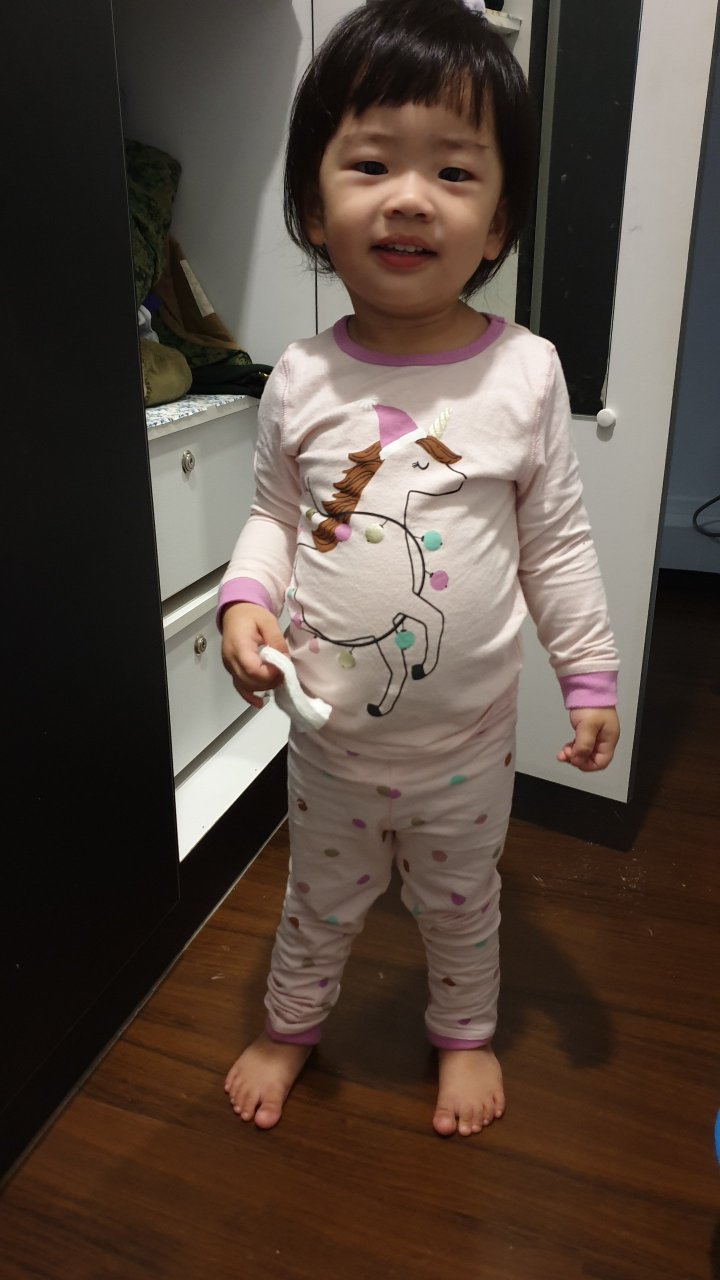 Clarissa has a set and she loves it too!

Here she is asking me to get her another set, but “no dinosaurs or cars ok? You can get the ones with flowers lah, pony lah, bunny lah.. ok?” 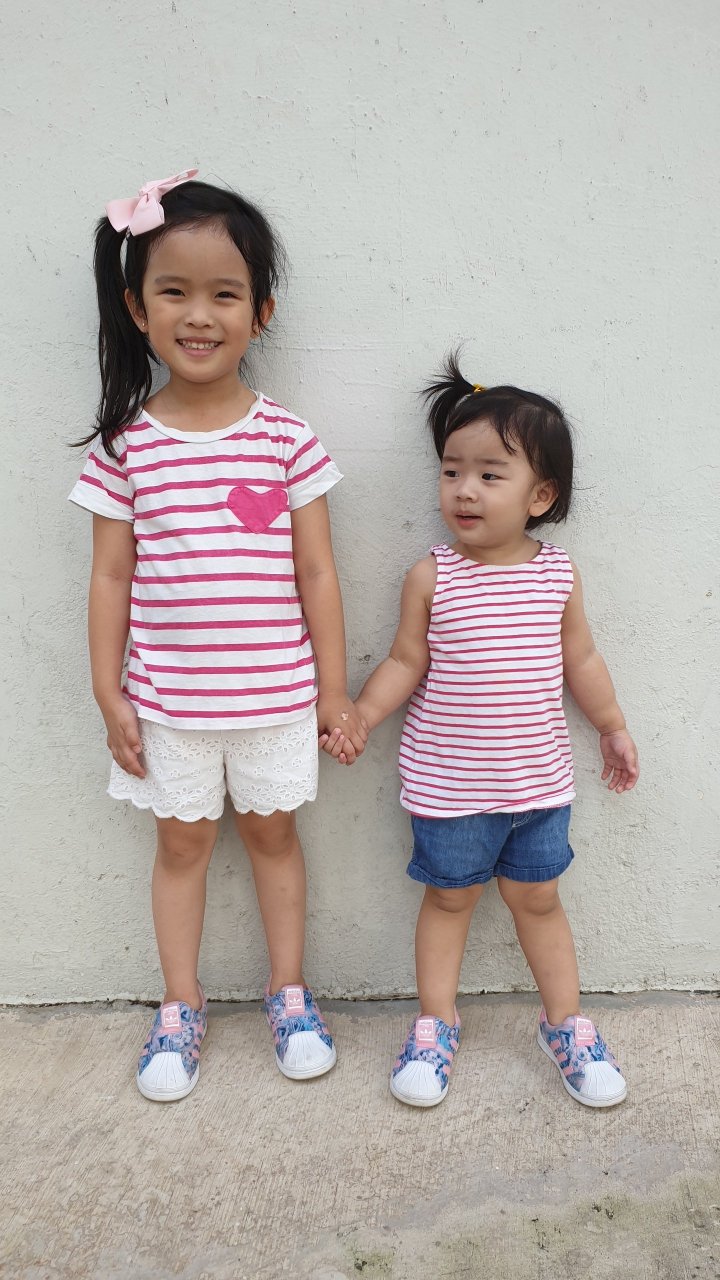 So fun and funny talking to them!