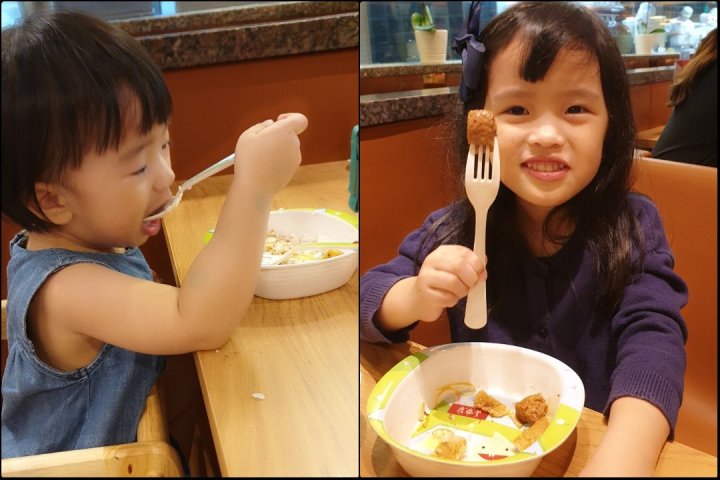 DTF is officially our official restaurant.

Where Allie willingly feeds herself (she was whacking the prawn cake) and Clarissa has found yet another favorite dish. 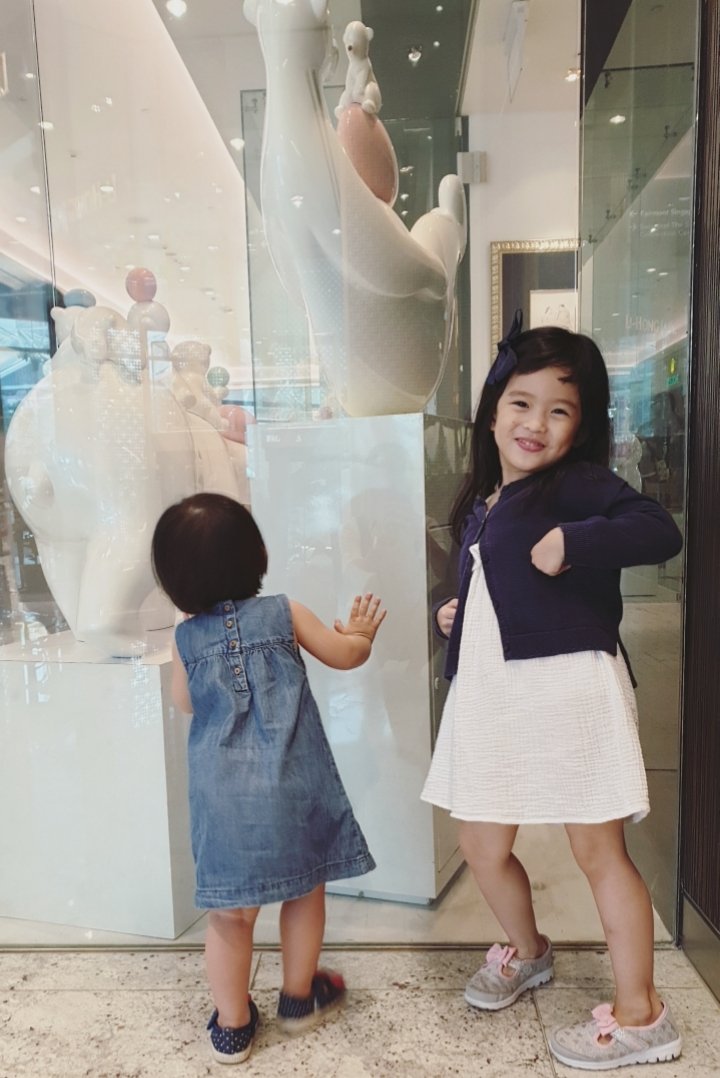 I asked for a photo and this was what I got. 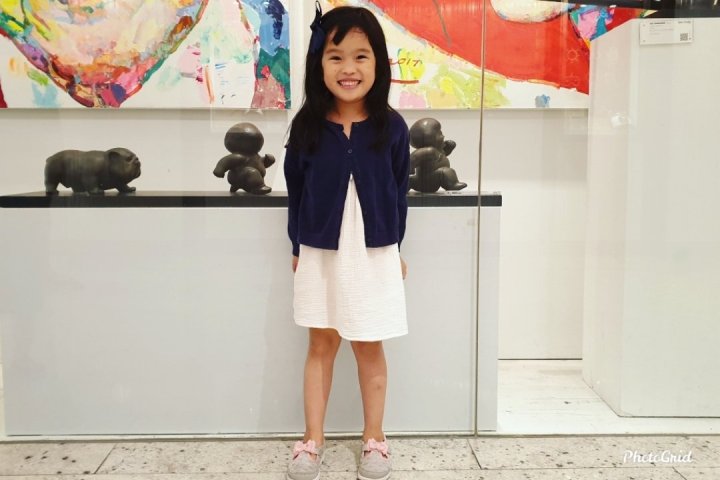 Ok, a proper one. 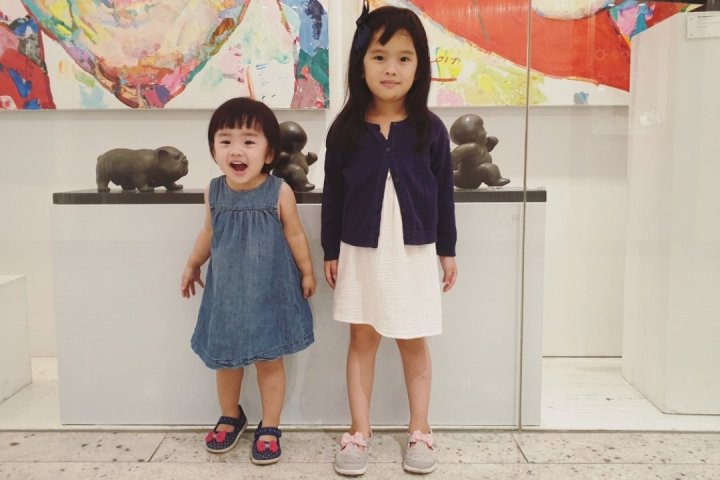 I roped in Daddy to help and got this one looking at her Daddy/the camera happily. 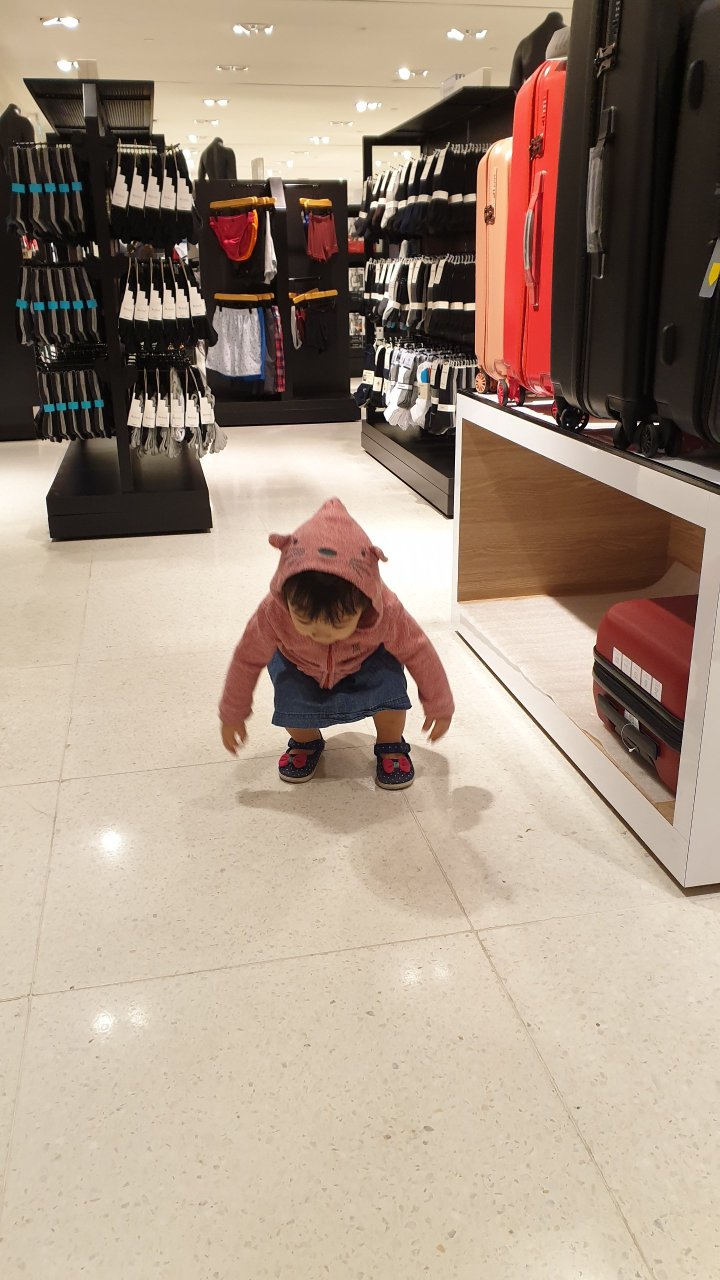 Our mission on Sunday afternoon was to buy a new luggage case.

Their mission was to run around the place like it was a playground. 🙈🙊 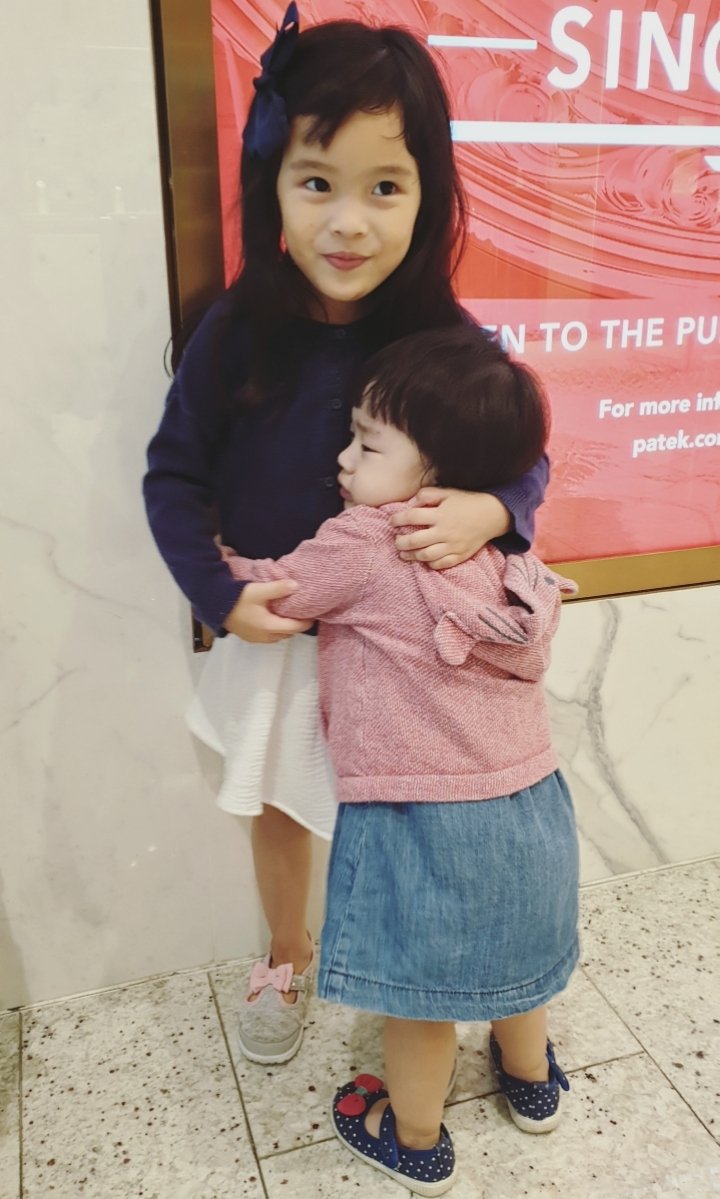 I told Allie off for running around, she got upset with me aand went to Jiejie to seek comfort.

Jiejie was so happy, and they played the scene below over and over again.

“Do you want Mummy?” She asked Allie.

Clarissa: Hmm.. do you want Daddy?

Clarissa: Do you want.. Jiejie? 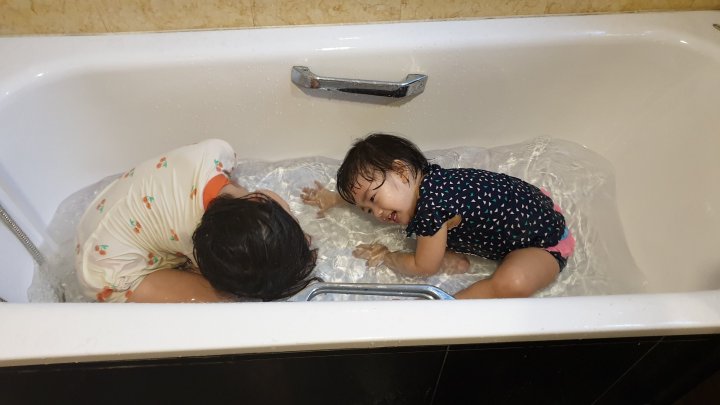 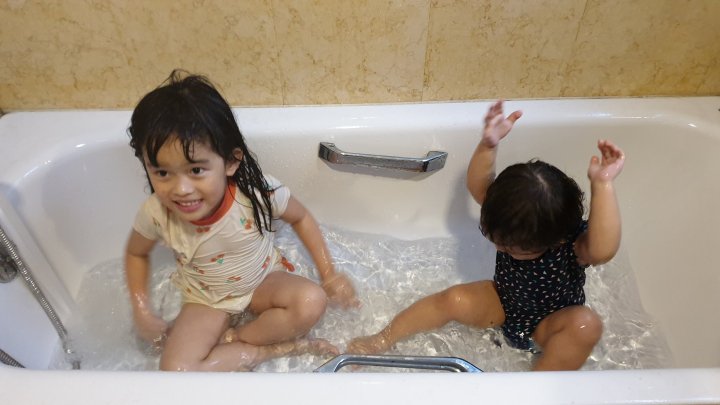 We went over to my mum’s place with grand plans of letting the girls nap before taking them for a swim.

Allie dozed off for less than 5 minutes in the car.. but when we got to my mum’s place she refused to lie down on the bed.

And then she refused to sleep.

Clarissa too was unable to fall asleep.

So we were all sitting in the living room and we told the girls there’d be no swimming later on since they didn’t nap.

Clarissa got up and walked back into the bedroom, and really took a nap? Lol.

While Allie pretended not to hear anything we said.

So when Clarissa woke up from her nap, we kept our promise and took them to the pool.. but it started raining after less than five minutes.

We bundled everyone up and went back home. Decided to let the girls play in the bathtub.

And then the rain stopped and my mum shoo-ed us back to the pool. 😂😂

She said it’s not fun to play in the bathtub.

Off we went to the pool again hahaha.

Allie was crazy happy wearing the arm-floats for the first time! I could see that glee and delight in her eyes when she first jumped into the water and realized she could float on her own.

I think her thought bubble probably went, “Holy moly! This thing is amaaaazing!”

I didn’t want them to stay in the pool for too long lest they catch a cold so we got up after 30 minutes.

Showered the girls, put on nursery rhymes for them to watch while we showered, and dinner was ready.

Allie was so tired by then she sat quietly and ate everything I gave her. 😆👍

She was her usual playful self again after she was done with her dinner lol.

We managed to get home just before she got into a full blown meltdown so all is good!