I shall attempt to start from where I’d left off.

I was supposed to go to the gym but a 4-5pm meeting overran and I ended up working late.

It was a very uninspiring day. 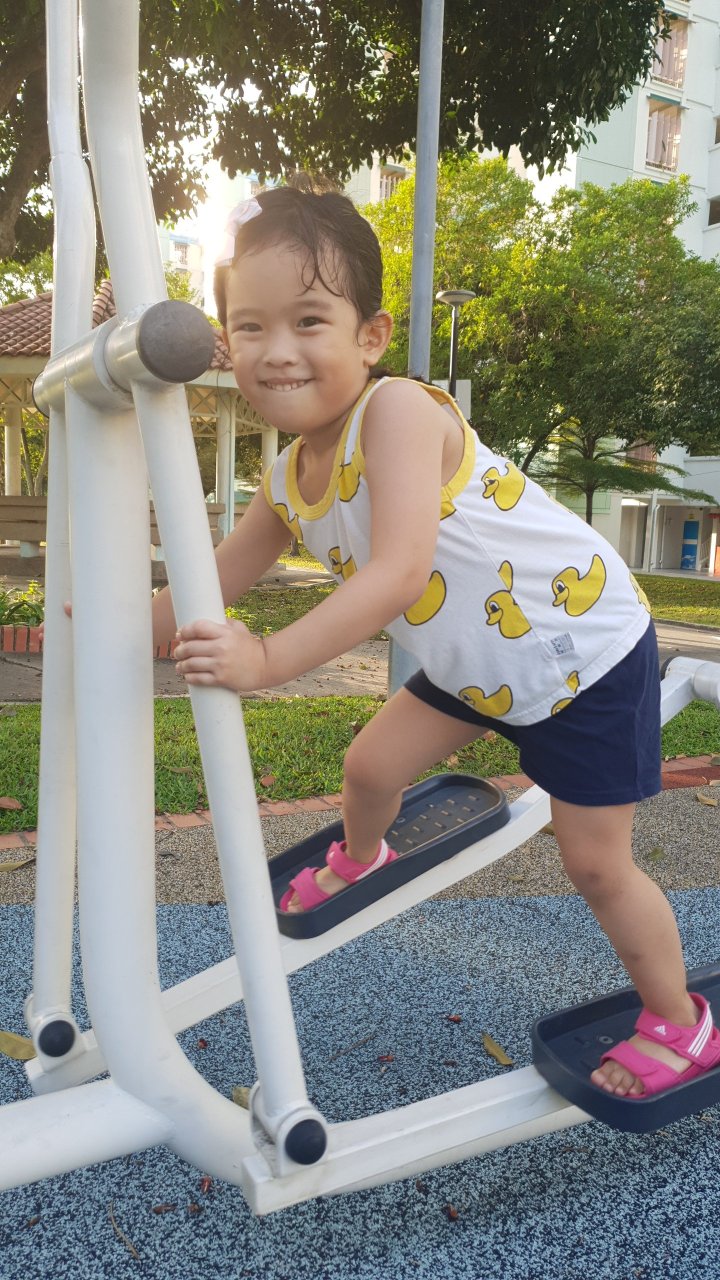 I’d resolved to go for a run the next morning instead, and kept to my resolution, I did.

The hubs brought the girls down to the playground while I was into my 4th round and they all did some gym when I was done running and had to do some stretching. 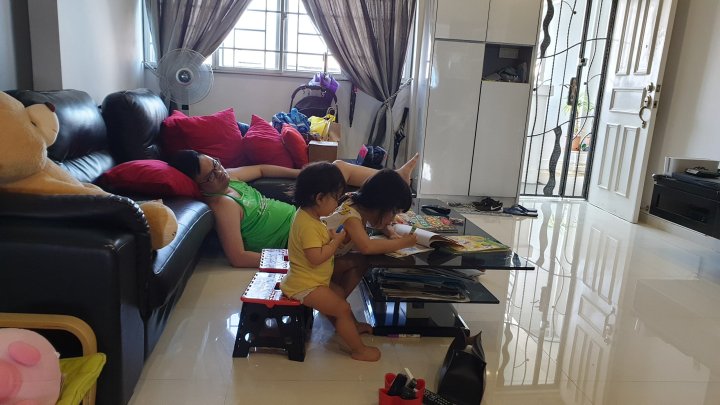 I pretty much spent the entire public holiday working. 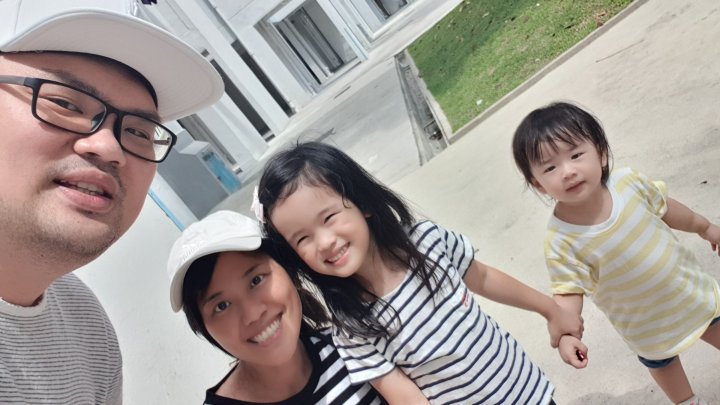 Managed to get out of the house for lunch though!

The theme was stripes. 😆

Hehe someone brought home the letter she received from the school’s mail box.

The kids are learning about occupations and one of them is that of a postman.

So the teachers asked parents to post a letter to our kids so they get the experience of receiving mail and reading letters.

This is the week I came home late, everyday.

Allie was definitely feeling it, because she threw a tantrum when her Yaya carried her away for a shower, barely five minutes after I got home.

She insisted on playing with the tap, and started crying nonstop when her Yaya didn’t allow her to.

The feeling of warm phlegm and snot and semi-digested food flowing down my shoulders.. 😂😂

When she finally calmed down, I got her showered and got changed quickly.

Read a few books with her (something I don’t usually do after 8pm) so as to further ease her into bedtime.

Snuck out of the room with Jiejie while she was happily looking at another book, and the helper took over.

Dumped my half-eaten my dinner because I just couldn’t eat anymore. 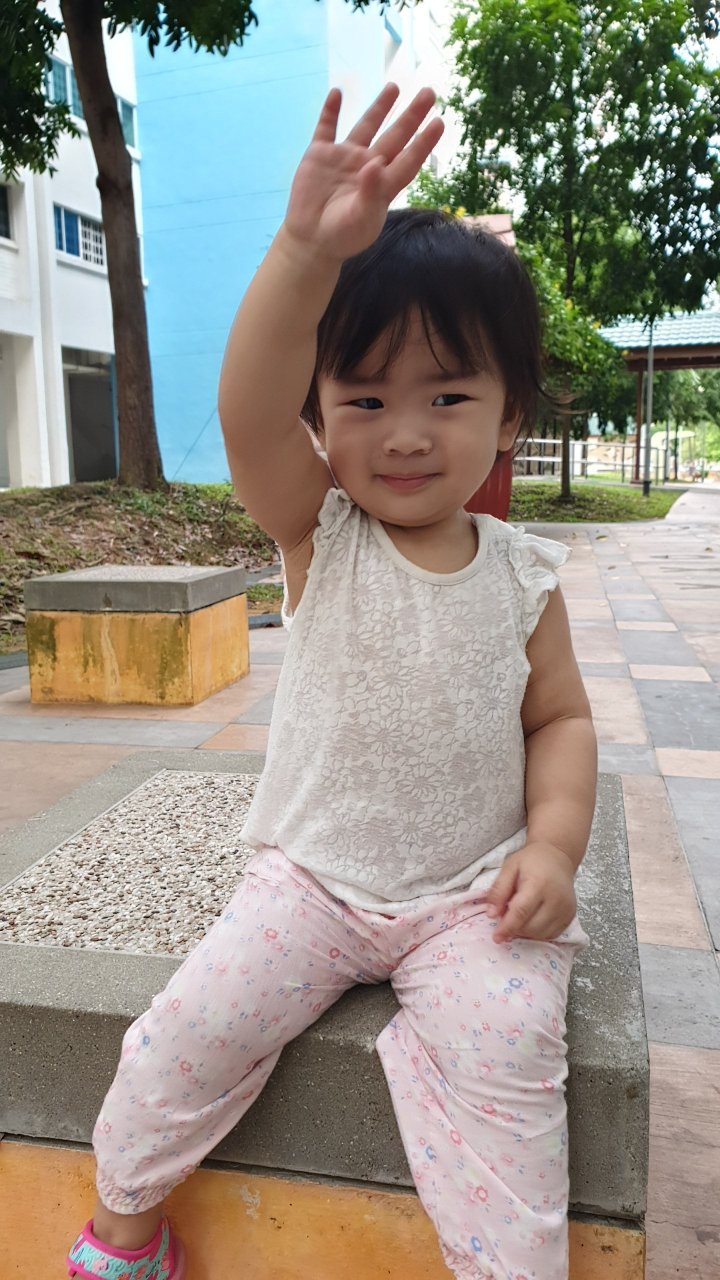 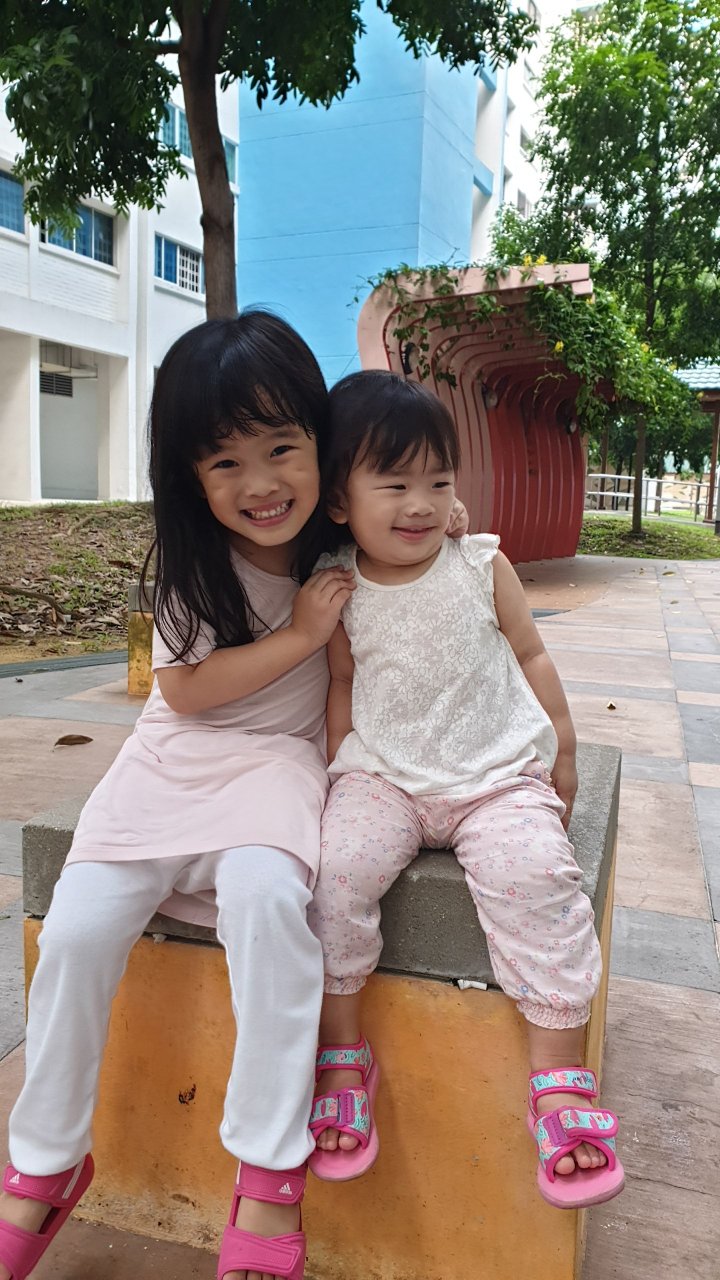 And then it was Saturday.

Played at the hopscotch area while waiting for Daddy to get breakfast from the coffee shop.

Jiejie joined the class because there were only two other kids.

So heartening to watch Allie do the entire warm-up routine on her own.

No help needed from Daddy!

Both girls woke up from their naps after only 1 hour and 15 minutes. 😩

So I let the girls watch their show in bed. 🙊

Allie started rolling herself on the bolster near the edge of the bed, so I told her to move back to sit with her sister.

She said, “Uhmp!” And defiantly rested her head on the bolster.

I turned off the TV and told her she can’t watch it unless she moved back.

By then I’d already positioned myself close to her so I could catch her in case she rolled off the bed.

But she said, “Uhmp!” again and proceeded to roll off the bed with a loud thud.

Too fast for me to catch.

But after she calmed down and their show resumed, she obligingly sat with her sister at the back lol.

She started resting on the bolster again but it was fine since the bolster was in the middle of her bed.

When Clarissa did the same, Allie tried to push her away. 🤷‍♀️

I told Clarissa it was ok; she could sit with me. And that didn’t sit well with Allie. She gave up the bolster and tried to squeeze in between me and her sister. 🤷‍♀️🤷‍♀️

All dressed up for dinner with their Yiyis and Wai-po.

I have to say, that Clarissa is more into twinning with her sister than I do?

She picked their outfits for the evening.

“Why do you like to wear the same clothes as Meimei?” I asked her.

“Because I love Meimei the most!” She said to me.

Yes, please always love each other the most!

While Allie is naughty and almost always bullies her sister, there are sweet moments too.

Sometime this week, Clarissa was crying because I told her off about something. A concerned Allie walked over and bent forward to look at her sister while trying to touch her face. Eventually she quietly sat down beside Clarissa until she stopped crying. 😍😍

That’s what sisters are for. ❤❤

Nice photo by their Siyi!

They were moving too fast most of the time.

Allie ate all of 3 spoonfuls (ok the spoon wasn’t even full) of food and called it a day.

Always too distracted to eat properly when we are out.

The funniest game of hide and seek.

Jiejie had to give so many hints it was hilarious. 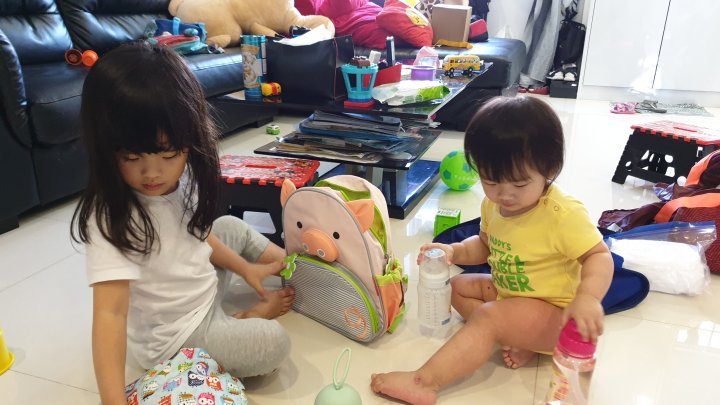 Busy, busy packing.. for someone’s big day the next day!

I can’t believe (or actually, I can) I took two days to write this post.