This week felt like an exceptionally long week with the craziness at work, a lingering sore throat and that time of the month.

So glad to go home to my skirt-wearing toddler and yoghurt-loving girls.

Apparently she handed the skirt to our helper and asked her to put in on for her.

And our helper told me how everyone they met downstairs while waiting to pick Jiejie up came to her to tell her how cute she looks? Lol.

Back at the fabulousbakerboy for lunch and playdate.

Gym today wasn’t that great for Clarissa, who usually gets to play at the side while the toddlers have their class.

A teacher whom we’ve never seen before in the last few months seemed to have taken over the running of the classes.

And she was super strict. Kept eye-balling Clarissa and another girl whose brother was in Allie’s class and then shooting her staff The Look to get them to hold the girls back should they venture beyond the sidelines.

She also eye-balled the adults who were holding up their phones to take photos/videos, and walked to her staff to get them to walk to the parents/grandparents to tell them that video taking is not allowed.

It was such a major turn-off.

Of course I understand that we are not entitled to allow Clarissa to use the gym while Allie is having her lesson. But I’d prefer to be told by her directly, in my face, instead of getting eyeballed and watching her shoot that look to her staff to watch us.

Come on, we are not that desperate.

I tried to explain to Clarissa why she cannot go into the gym area at all today, and being the sweet and obliging girl that she is, she did not insist or go against my instructions. But she was so sad she started tearing up.. so I bought her some Vitagen to drink while she watched from the sidelines.

And they also changed the rules about makeup lessons? It was very annoying.

The hubs went up to one of the usual teachers and made the arrangement with her instead.

If Ms Eyeball is going to be a regular for the Saturday classes, I’m so not going to continue the lessons for Allie once we complete the package. 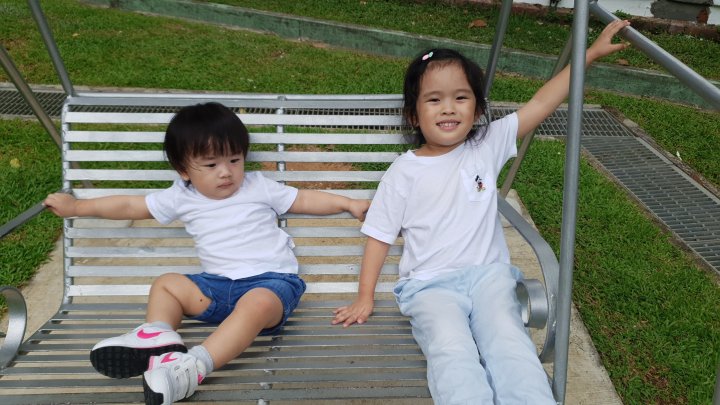 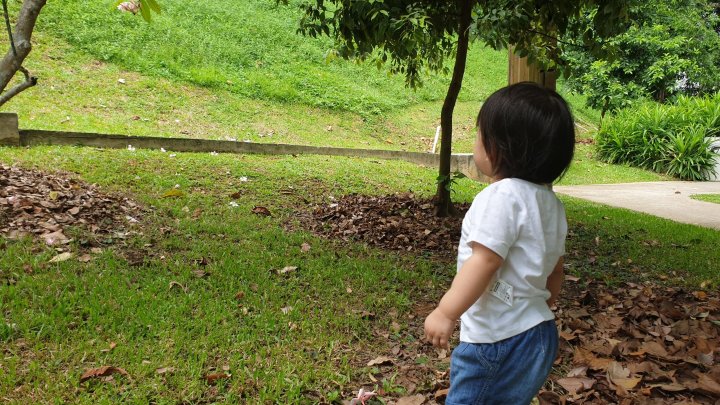 Allie, trying to catch a rooster. 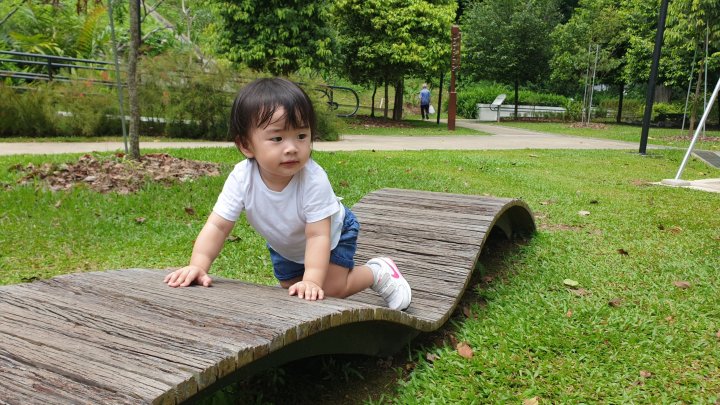 She ran too fast + not used to wearing Jiejie’s shoes (still a size too big 🙊) and fell flat on the grass not once, not twice but three times.

Yet she remained unfazed and kept running. 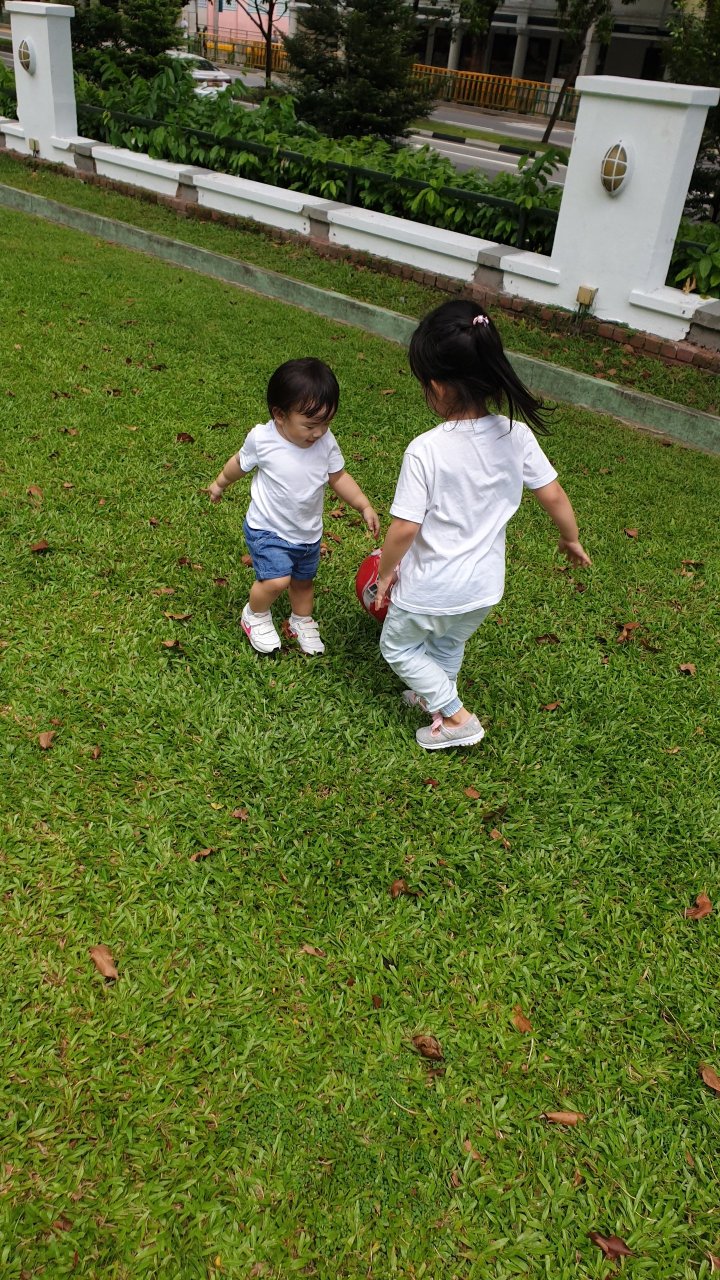 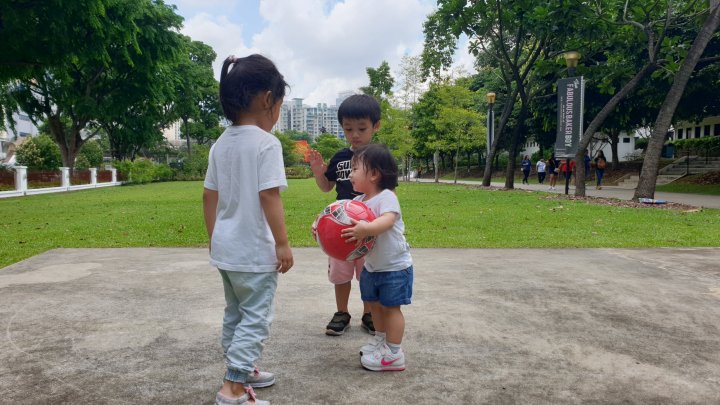 Hahaha mostly her hugging the ball and refusing to let go.

I could watch them play like this all day.. but the weather was too humid. Better than the last time we came, but still, humid. 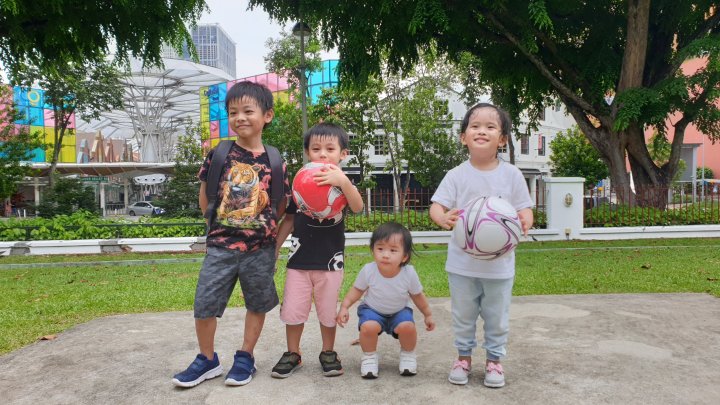 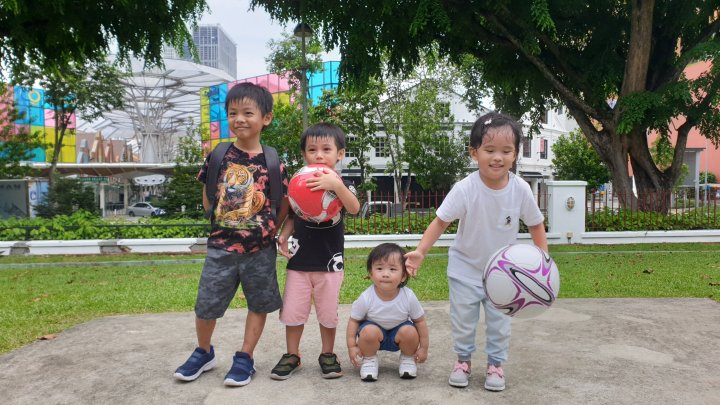 And she immediately walked towards Clarissa and stood beside her.

We haven’t met up since the Melbourne trip and everyone has grown up a little. 😄

The girls fell asleep in the car on our way home so we went to pump petrol and took a longer drive home.. just so they could sleep for at least 30 minutes.

Never thought we’d be doing his but knowing how both of them would definitely wake up once we get home and not be able to nap for the rest of the afternoon, we just had to. 😂

Yay to a long weekend!

Not that I’d get much rest (and there’s homework to do), but it would be good time spent with the girls!