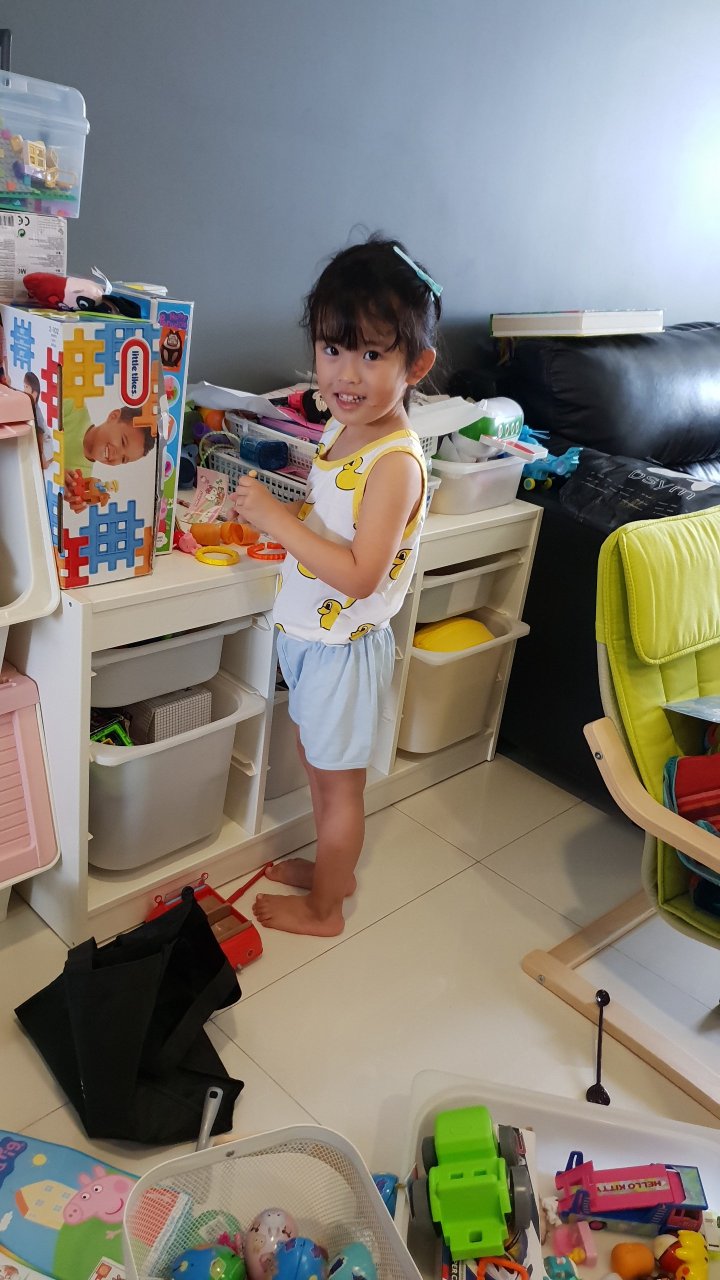 School was closed for springcleaning today so I worked from home while Clarissa was tasked by her Daddy to organize her toys and give some of them away to charity. 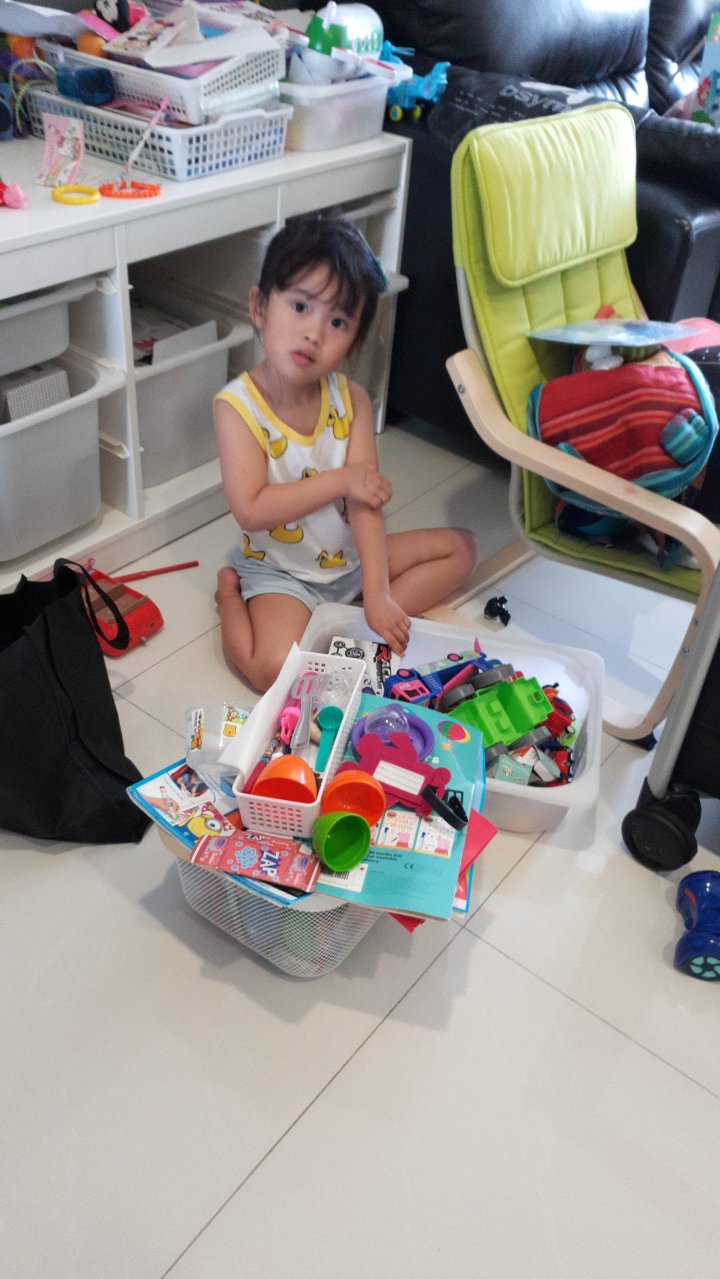 To be honest, it wasn’t an easy task and she ended up with a dirty face while making the place messier than ever. 😂

I had to bribe her with one episode of Paw Patrol in between packing 2 trays of toys.. and three episodes later, I gave up insisting and told her to go and play. 😂😂

I thought it was going to be another tough day working from home with both girls, but the day turned out to be quite good!

I had an early start at 730am and was very productive, sending out pre-read after pre-read and completing everything on my to-do list.

I think it helped that I had no calls today and that the girls mostly played on their own and napped as scheduled.

And Clarissa is the MVP today. 😆

On our walk to the coffee shop to get lunch (guess what we had? Lol) she asked me, “Mummy, what would be your perfect day?”

(She got this from a book we read quite often, about Mummy Duck and Little Duck sharing their perfect days. 🤣)

So I said, “Spending the day with Clarissa!”

“Mummy, your turn to ask me! You ask me what would be my perfect day!” She said enthusiastically.

“Ok Clarissa, what would be your perfect day?” I played along, not knowing what she’d say.

She smiled gleefully and said, “My perfect day would be spending the whhooole day with Mummy, eating char siew rice!”

Hahaha definitely not my idea of a perfect day but it made me laugh so hard. 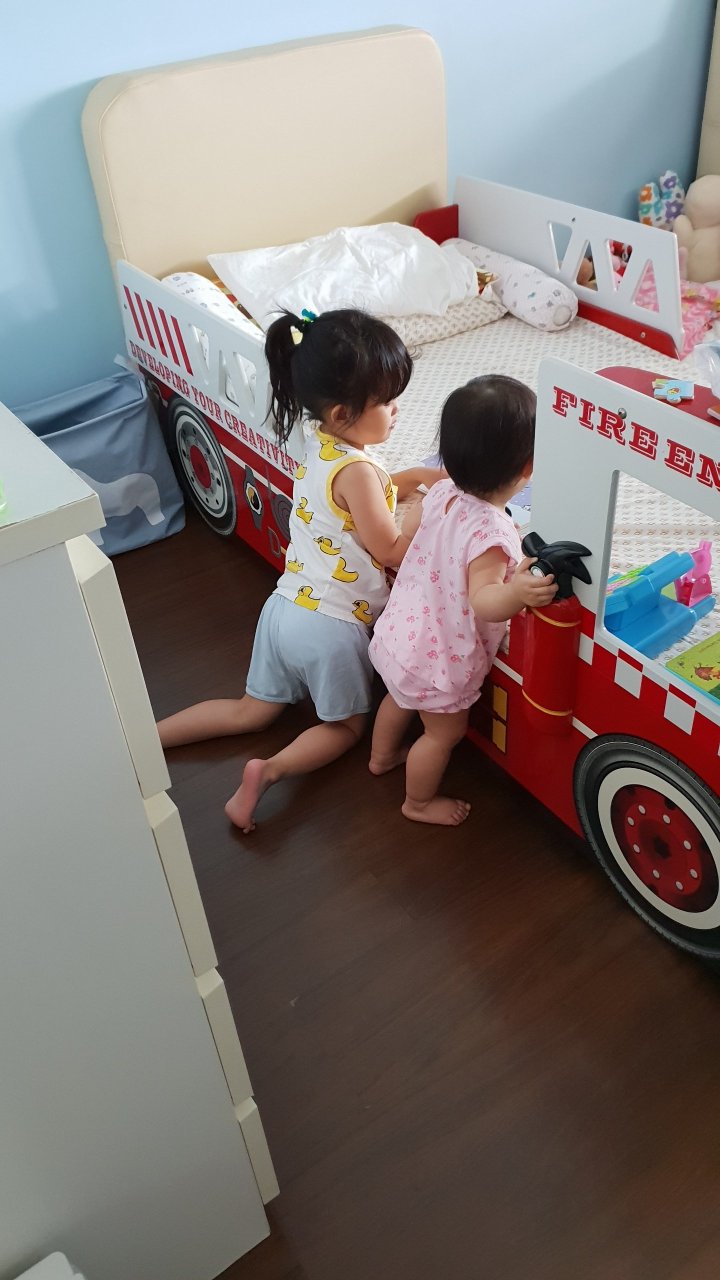 These two had a little tiff after lunch over a toy.

It was Allie’s toy but Clarissa was playing with it and as usual Allie wanted whatever Jiejie was playing.

I asked Clarissa to give it to Allie, and she got upset and went into the room to sulk.

I usually refrain from asking Clarissa to give in to Allie just because she’s older, but I also try to alternate between them whenever I intervene.

I’d already “awarded” the toy(s) in question to Clarissa a few times in a row before this, so I thought she should give in to Allie this time, also because it’s really Allie’s toy.

I thought I was in for some emotional outburst, but a few minutes later, she came out of the room, took Allie’s hand and walked her into the room to read books and play together.

When my helper offered to help, she said to her, “It’s ok Yaya, I can protect Allie!”

While waiting outside for her to finish showering, I caught her version of “Just the way you are” x Her own lyrics x Tune of “不爱我就拉到”. 😅🤣

Her lyrics go something like “My mummy loves me and I love my mummy, just the way you are”. 👍👍

Not gonna post all the video clips here, though she asked me to share one of her singing while still wrapped in her towel to her Yi-yis. 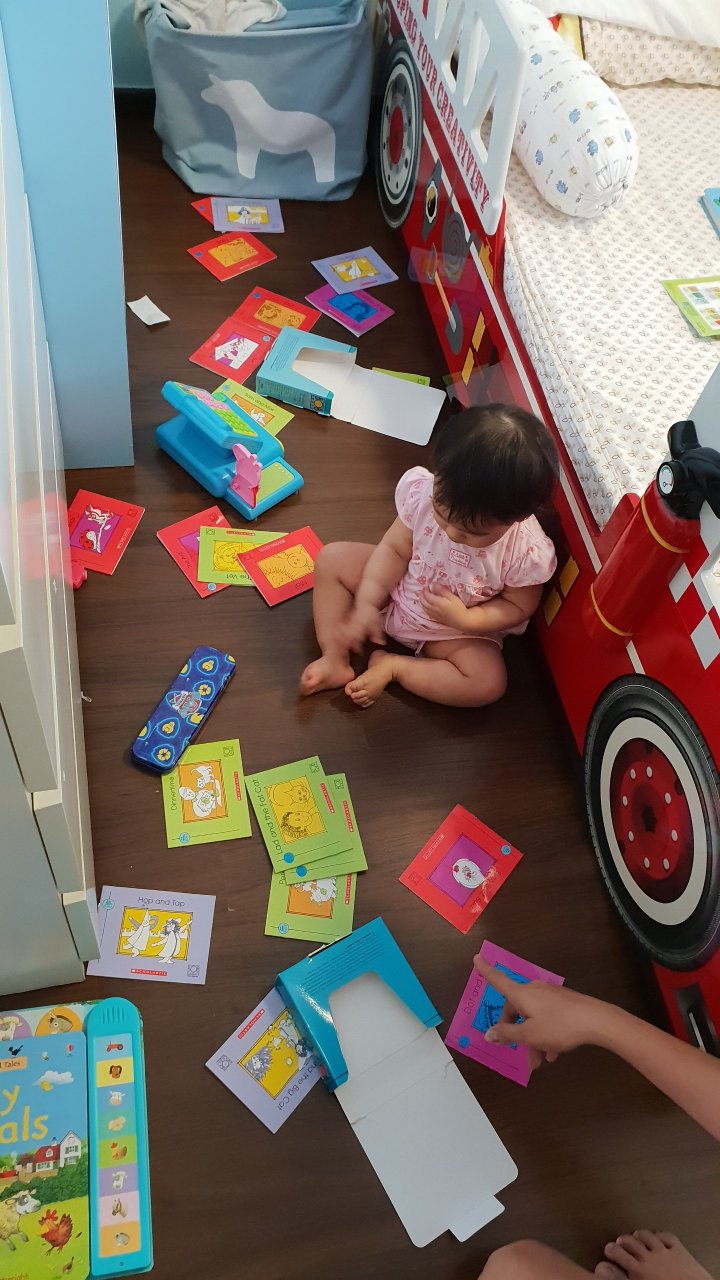 This, is the kind of mess Allie makes. 😂

With a nonchalant, not guilty face. 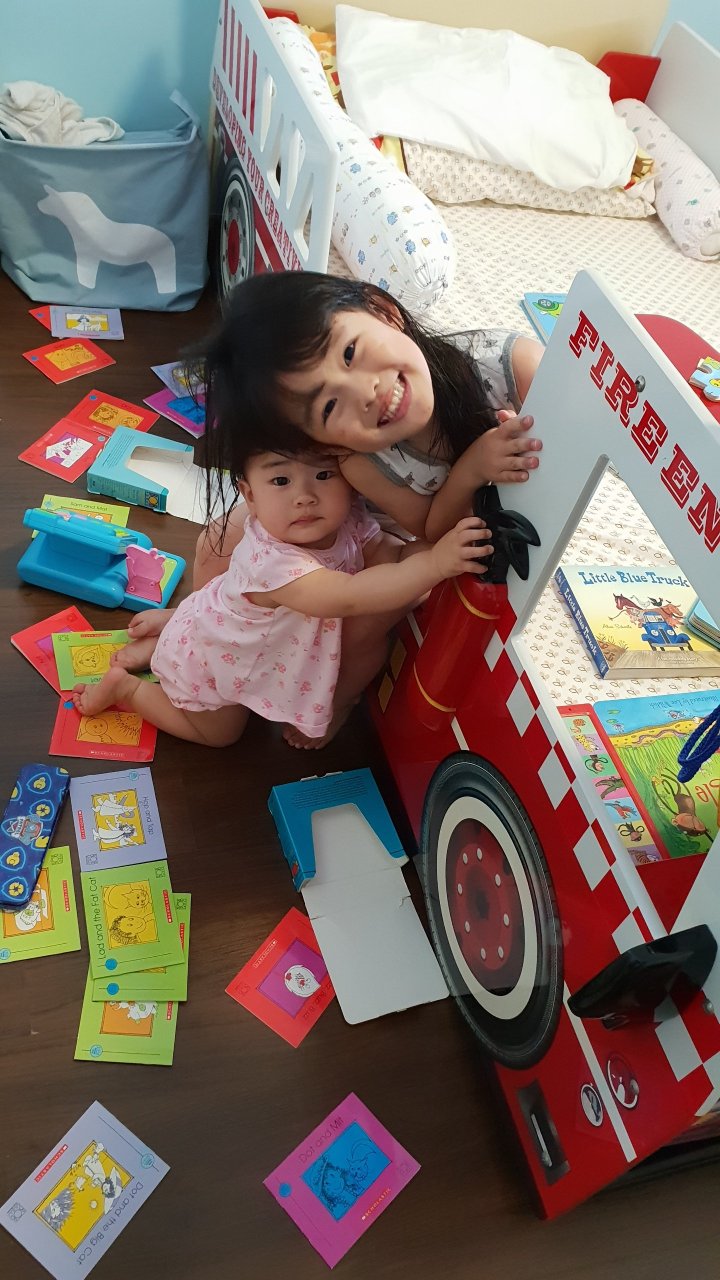 Jiejie looked very happy because, “Orrhorr Allie you made a mess so you clear it yourself!”

And then my helper told me we’d run out of wipes for Allie.

And then both of them napped and I had a nice 2.5 hours plugged into music and just working.

Employed Paw Patrol as the nanny when they woke up. 😅

I was done with all my work by 5pm and started packing the toys.

I kept nagging at Clarissa while I packed. 😂

It was 1.5 hours of back breaking business but tadah! We have toys in good condition to give away and a slightly less cluttered space.

We did the usual bedtime stories before Allie’s bedtime.

Showered Clarissa and we decided to watch Masterchef Junior together.

For some reason she really enjoys watching Masterchef? We watched the entire series of Masterchef Singapore together over quite a few weekends.

We started with the first episode of season 6, and it was the girls’ elimination round, from 20 contestants to 12 into the main competition.

One of the contestants was called Benny, and she really looked like a boy.

So I causally asked Clarissa if she knew why, because I’d gone off to shower at the beginning of the episode.

She said she didn’t know, but a few minutes later she turned and said to me, “Maybe there are not enough girls so they got a boy instead?”

I didn’t look convinced so another few minutes later she turned to me again and said, “You know why, Mummy? It’s because I’m not there. It’s supposed to be me but I didn’t go. So they got a boy instead!”