Earlier this afternoon, I overheard 2 guys talking behind me while I queued up to get lunch.

GUY A: Boys should be cheeky. That means they are clever.

GUY A: But girls, better not. Girls should not be cheeky.

I turned to look at them, and they looked as small and scrawny as their minds.

I felt so irritated, on so many levels.

Yes, cheekiness might be a signal of intelligence – the hubs and I had a conversation on this before.

As a child, he is a mischievous one, and he says it trains his mind to come up with creative tricks, find loopholes and problem-solve. So in a way, being cheeky is being clever.

I do not disgree, but I also think you can be a goody two shoes and be an intelligent one too. 🤓

So my irritation isn’t about the point on how being cheeky equates to be being intelligent.

Rather, why, in their tiny minds, only boys are allowed to be cheeky?

Boys can do all the naughty and wrong stuff and be labeled “clever”.. and girls cannot be? Are “cheeky girls” just wrong and not “clever”?

I know I might sound like I’m worked up because I have 2 girls, but even if we have boys, this would not be the kind of mindset I want to raise them with.

Boys and girls should have the same margin and allowance for mischief; if we keep perpetuating the mindset that boys or men have more room to err because well, boys would be boys and that it is a signal of intelligence or worse – superiority – we will never progress, whether it is as a person, as a man or a woman, and as a society.

Just ranting, since I obviously do not have a solution to this age-old minute mindset.

And I have 2 rather cheeky girls. 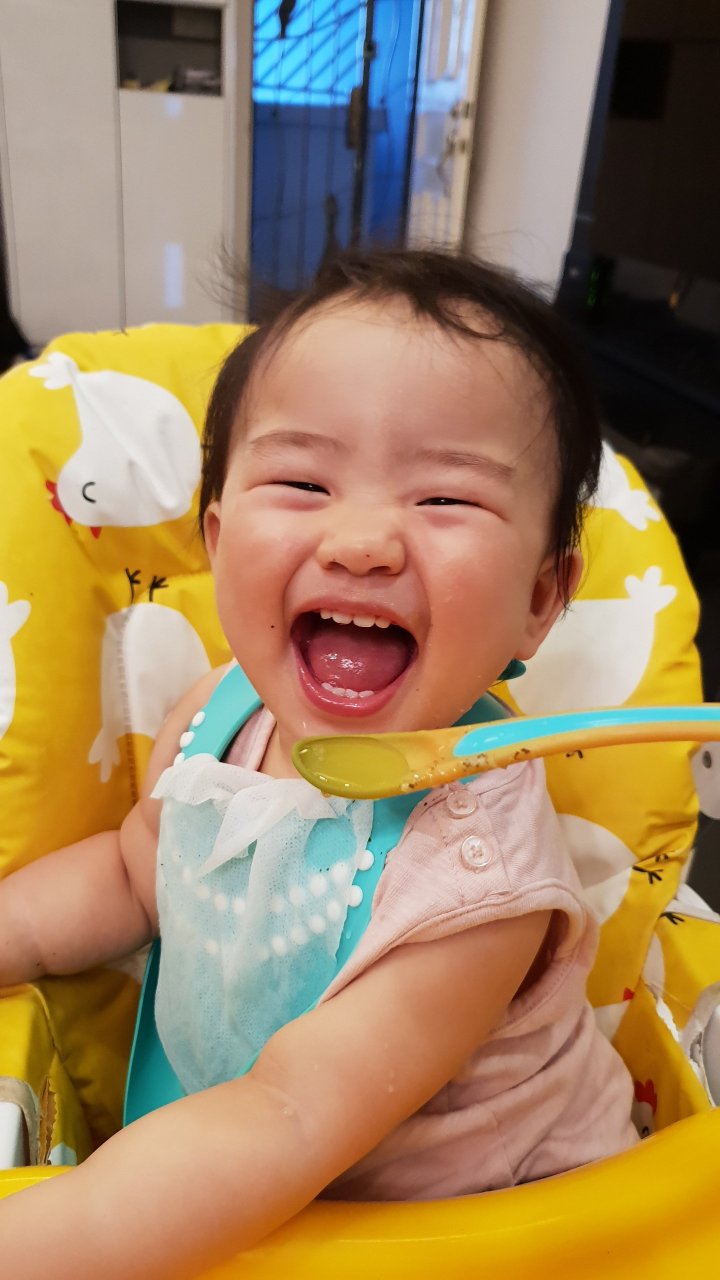 This one spits water out deliberately and finds it funny.

Let her drink from the straw of her water bottle, and she does the same.

This one says the darndest things.

She was helping me feed Allie yesterday, and was very insistent about it.

I’d wanted to take over because she was a little slow and spilling bits of porridge everywhere including Allie’s nose, but she insisted on doing it.

I decided not to be discouraging so I said to her, “Wow you are doing a great job of feeding Allie! Since you like feeding her, I think we can let you feed her while Daddy and I go out for dinner.”

She obviously did not like the idea of us going out without her, so she immediately asked, “What about Yaya? We cannot be at home on our own!”

“Yaya would be at home with you and Allie of course,” I continued to tease her. “But you can feed Allie and Yaya would do the housework!”

“Nooooo,” she protested. “Allie is also housework! So Yaya can feed Allie!”

Where is the sisterly love? 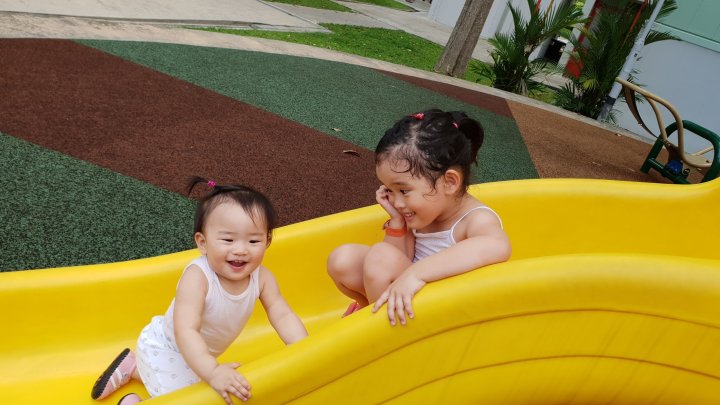 It’s not about giving them freedom to do whatever they want, in the name of cheeky=clever=It’s ok.

But the same rules should apply, whether they are girls or boys.