Here’s me squeezing in another entry before the next week of radio silence.

I realised this morning, that we are sitting in the middle of October, and I have not done the monthly fund transfers and credit card bill payments.

Something which I usually do in the first few days of the month.

But it completely slipped my mind.

So I spent the morning adulting and doing some work while the girls watched some Paw Patrol (you are welcome to judge me).

And then Allie took her nap and Clarissa roamed around the house telling me she was bored.

She asked to watch videos, but I said no.

She took it pretty well and went off to lie down on the sofa and sang to herself. 😅😂

I was done before 11am and Allie woke up from her nap.

I took Clarissa out for lunch after Allie and helper were done with theirs. 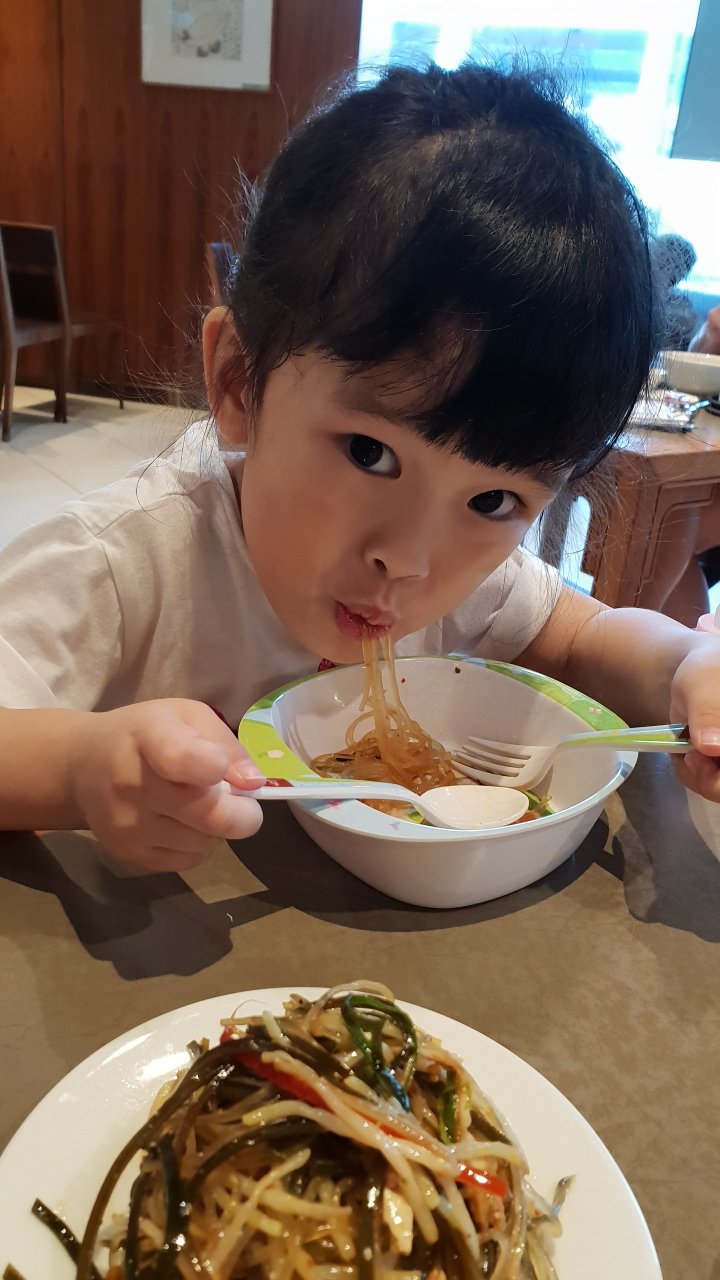 She wanted “Chinese fried rice” for lunch again so no prizes for guessing where we went.

She ate a lot of the 小菜 today and kept going “Sssss sss” because, spicy. 😆

I was waiting for her to stop but she kept on eating and asking for more. 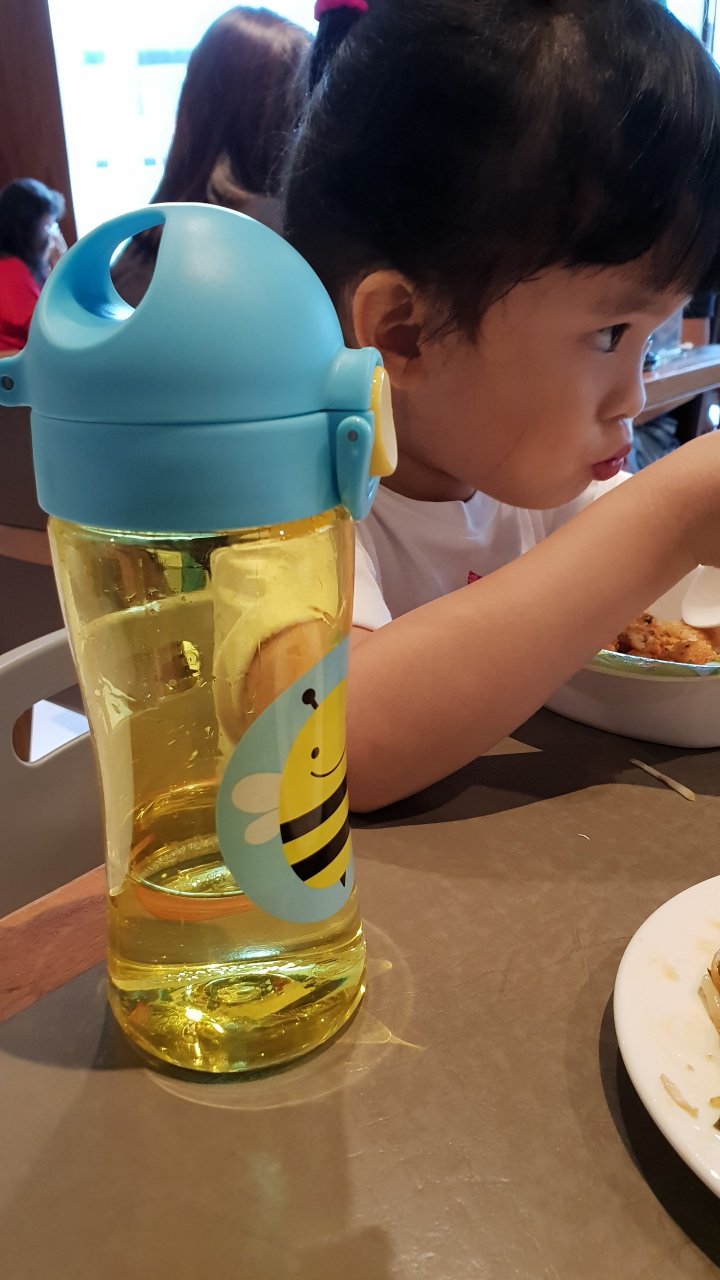 And then she downed more than half her bottle of water lol.

She walloped half of the prawn pancake and about one third of the plate of fried rice.

We’ve come a pretty long way from the days of “肉丝蛋饭不要肉丝谢谢”. 😆

We went shopping for a bit before going for her swimming lesson.

I decided to bring her so there is at least something for her to do.

Logistically challenging to bring both of them on my own since the hubs is back in camp last night, so Allie has to sit out this week’s class. 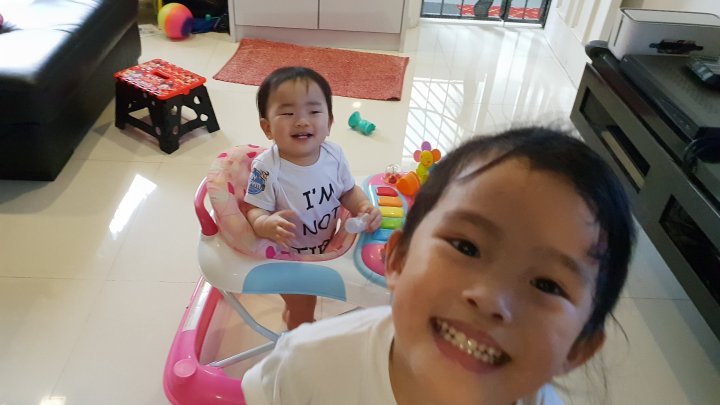 Cheeky Jiejie imitating Meimei by putting a hankie on her chest while drinking milk. 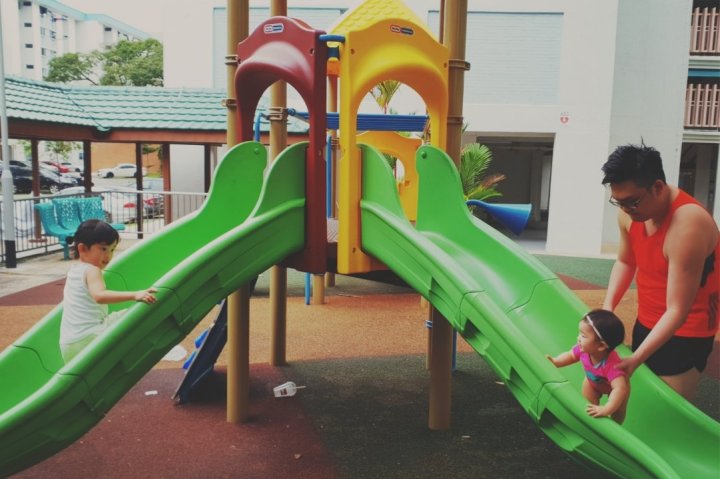 Playground fun yesterday, all of 20 minutes before it started to drizzle again.

Not quite loving the recent weather. 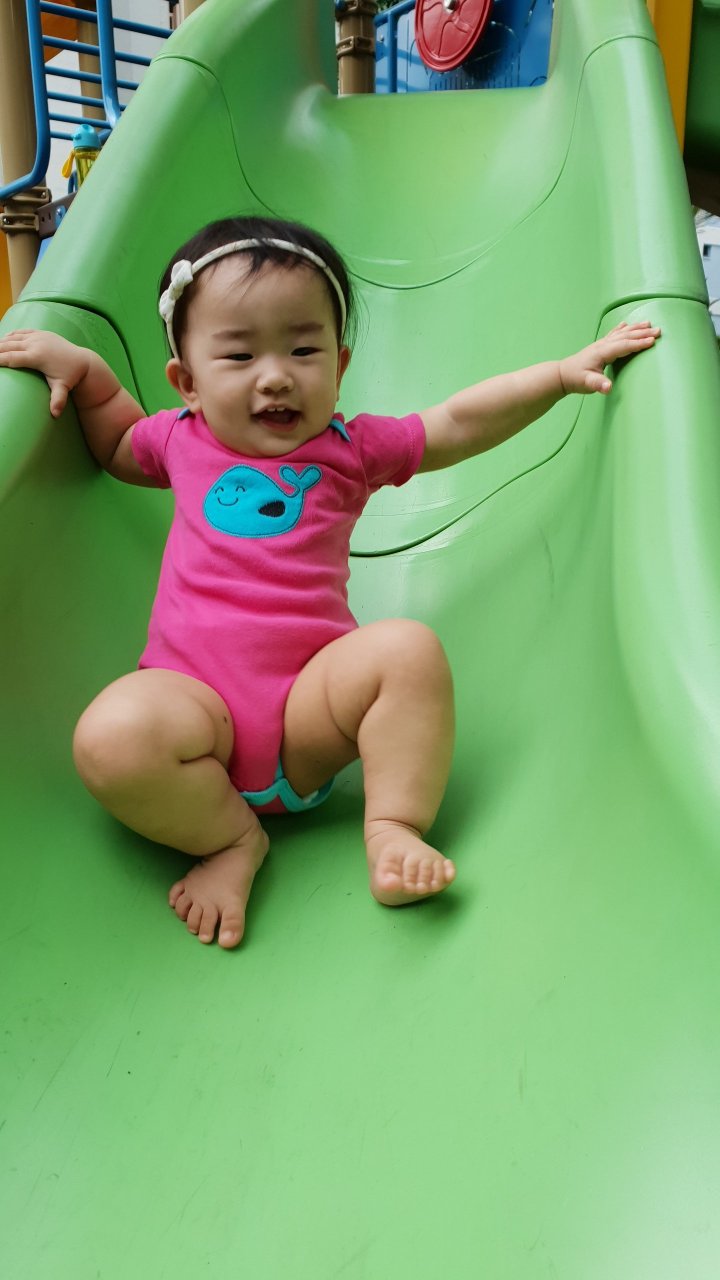 Very soon these two would be running around and playing together on their own. 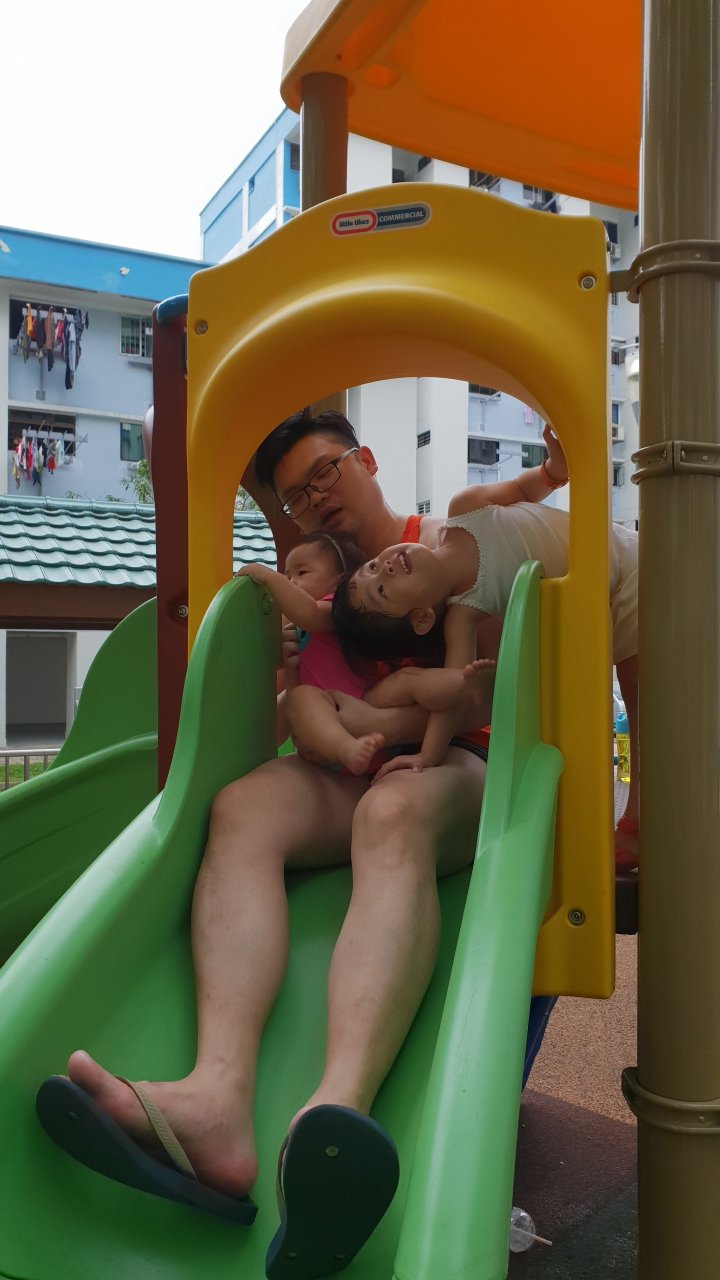 She had delight written all over her face. 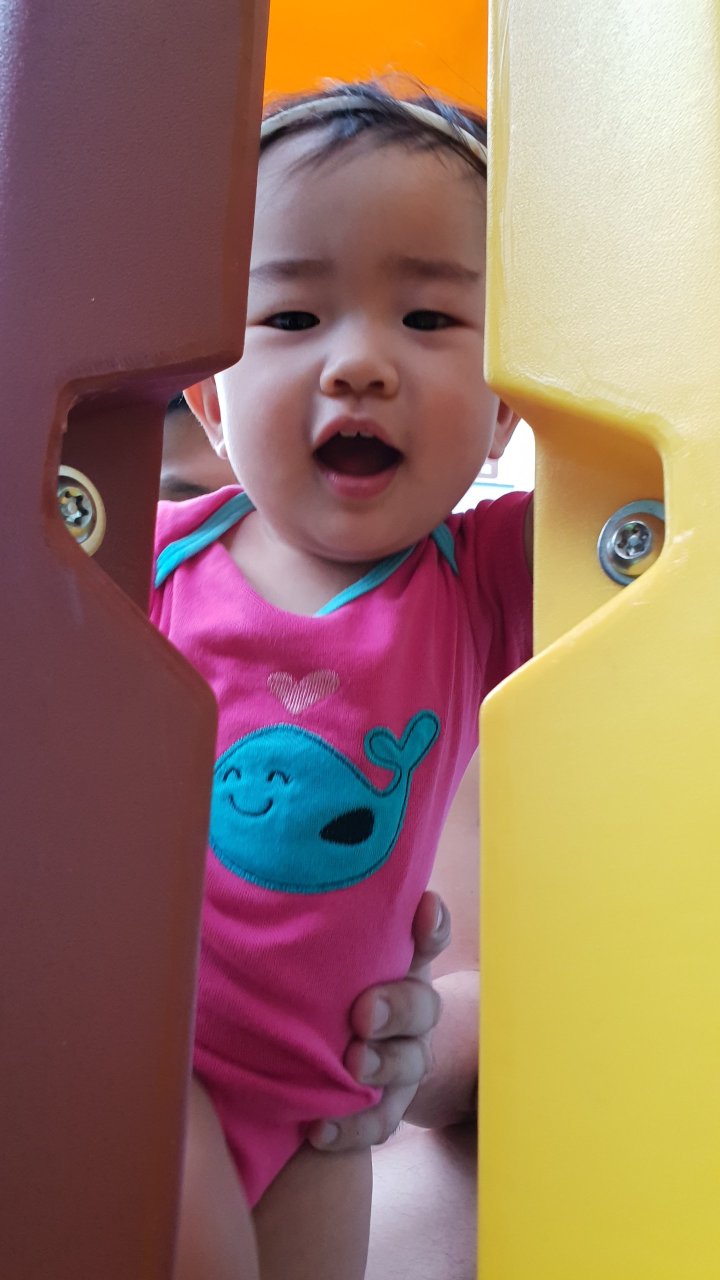 Edit: Jumping back to today because I don’t want to start a new entry.

Jiejie’s bottle is nicer than mine.

She managed to open the bottle and wet the bed. 😂

She also refused to drink from her own bottle and insisted on drinking from Jiejie’s.

Suitable for the young and very young. 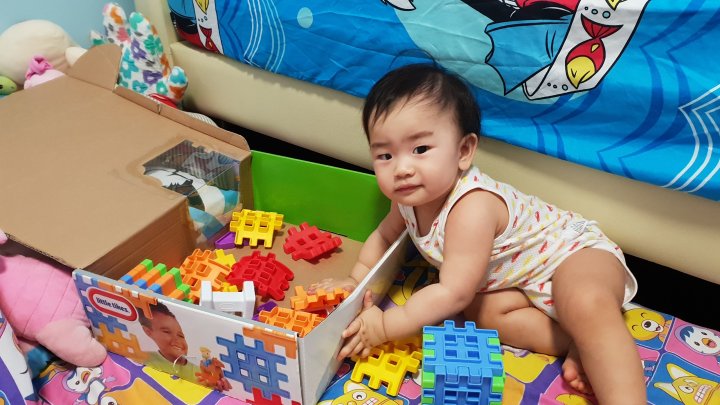 Guess what she did? 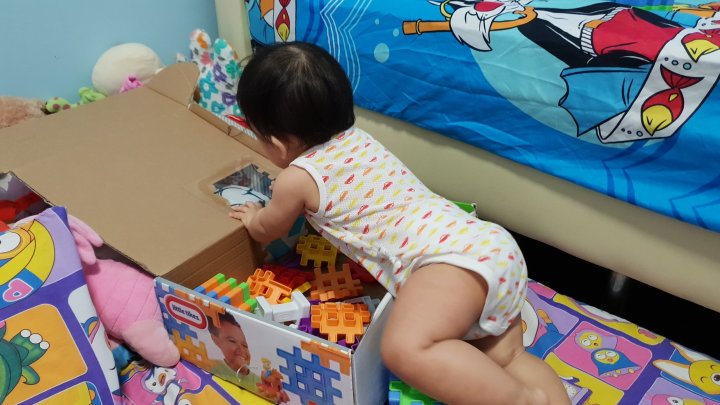 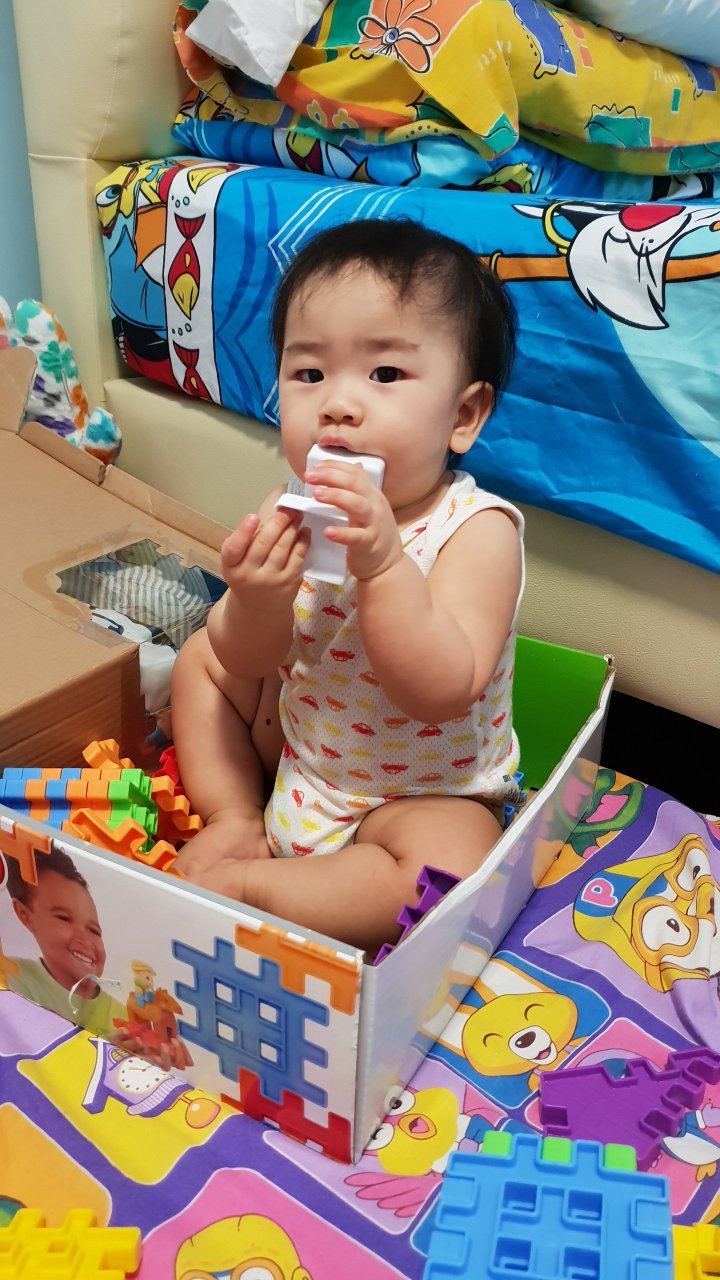 It’s more fun to be in the box than to be outside.

And it’s an “eat all you can” buffet of toys. 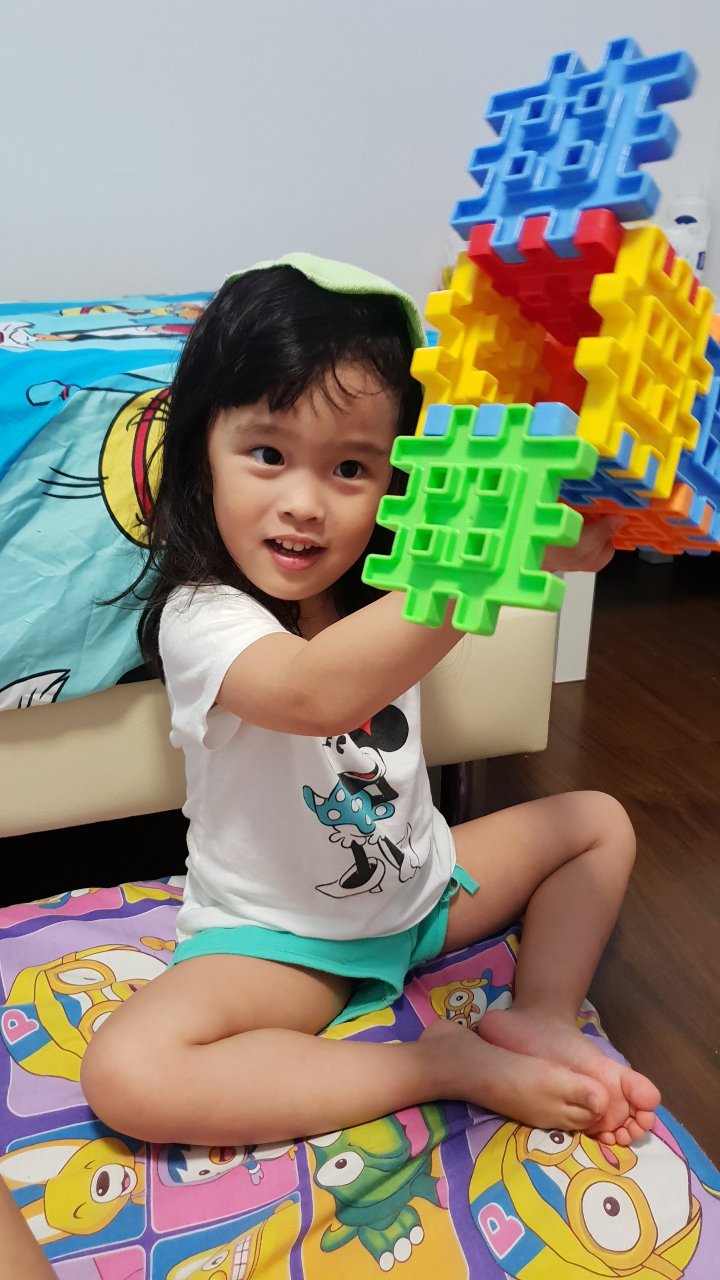 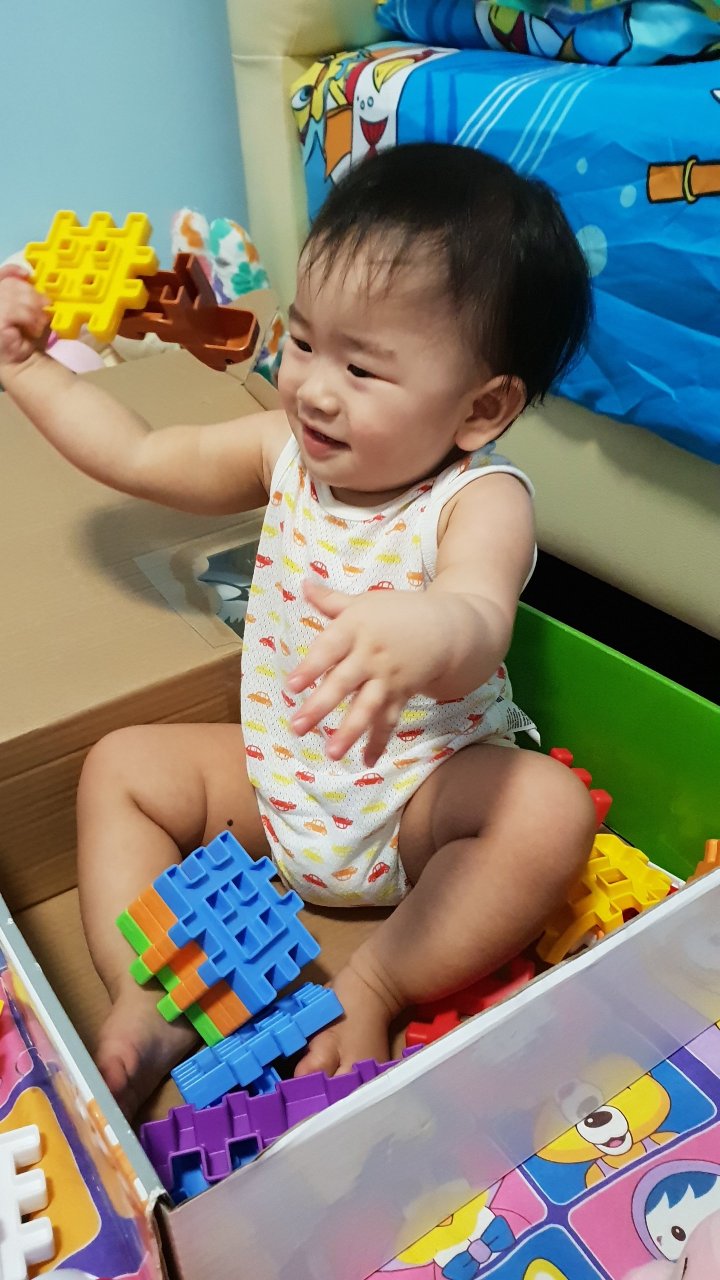