Right: Police Girl, who was trying to look as stern as Justice Bao when I asked her to pose for a photo.

Police Girl’s job: Answer phone calls from the public (played by Daddy) who would report cases of bullying. She would then go on her scooter to catch the bad guys. 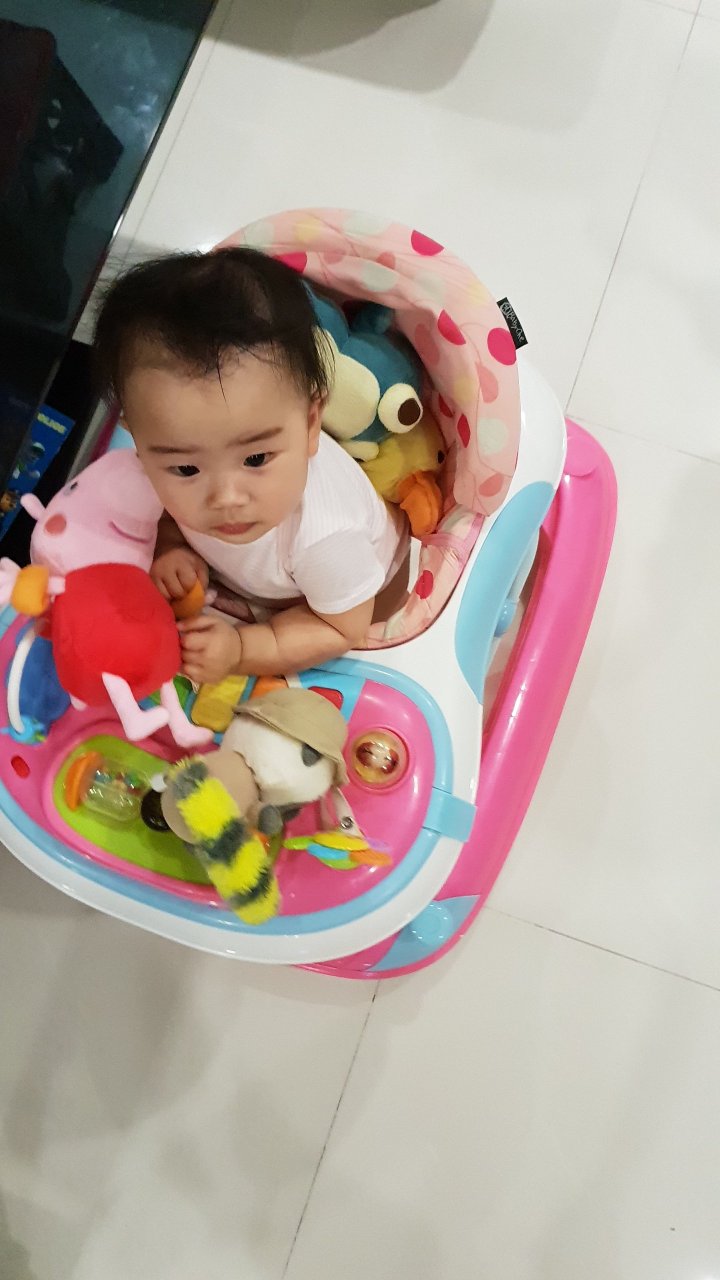 Said bad guys would then be put into jail, i.e. stuffed behind Jail Police Officer Baby in the walker. 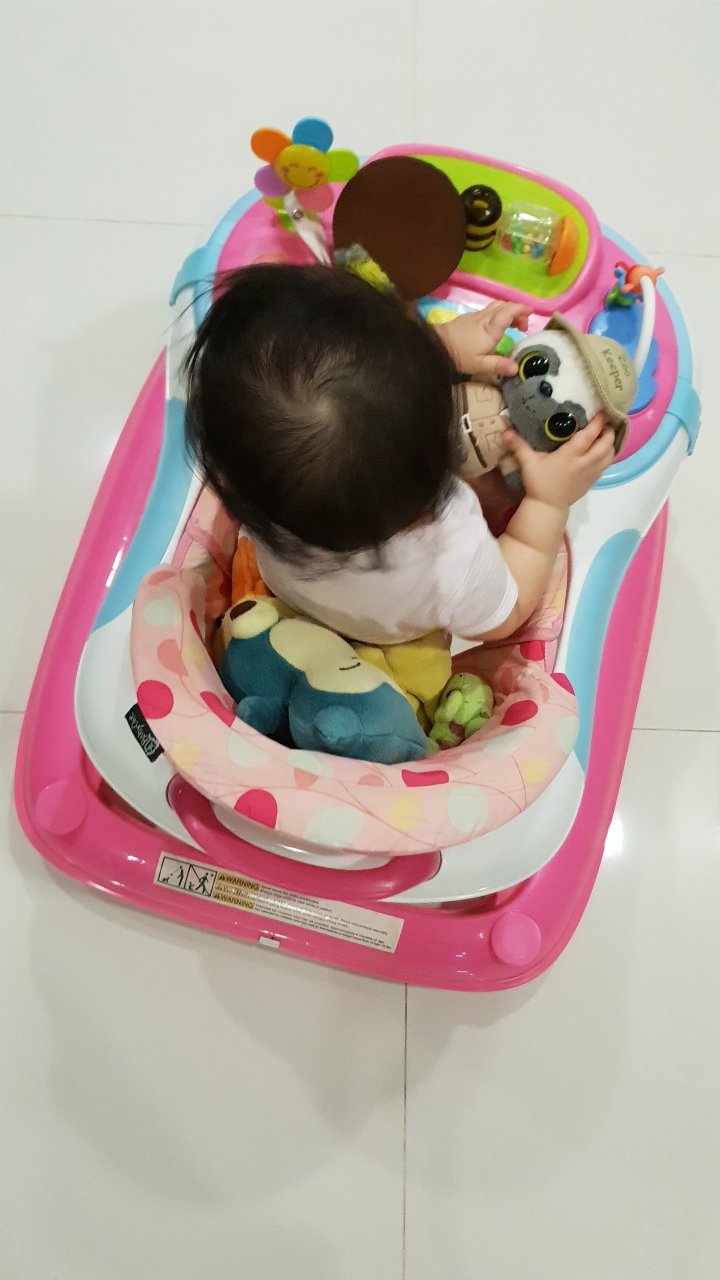 But once the jail is full with the prisoners overflowing to the front, Police girl will ask the public not to report any more cases.

Last warning to the bad guys not to bully any more people because there is no space in jail anymore.

Jiejie came up with this game entirely on her own while I was still having my dinner.

At one point she was using her phone while standing on the scooter and her Daddy pointed out, “HOR! Cannot talk on the phone while scooting!”

She was caught by surprise and looked like she was about to cry as she struggled to explain herself.

“But I’m not even moving!” She mustered all the reasoning she could think of and made a brilliant come-back.

She was on the phone while standing on the scooter.

Our helper and I couldn’t stop laughing at how right she was while Daddy was left speechless.

At another point, Daddy pointed at me and said to her, “Catch the thief! She’s sitting over there eating her dinner!”

She zoomed over but paused in her tracks.

“Huh but how to catch?” She turned to ask the informant, pointing at her teeth inside her mouth. “The teeth is so inside the mouth!”

I laughed until I nearly choked.

Last evening over dinner, I was chatting to her about a piece of homework I had to do.

It was for her Chinese lesson. The kids have been reading a book and turning the story into a play. Now they are asked to select the character they’d like to play, and the homework for the parents is to make a costume for the character their child has picked.

Clarissa chose to be a bird. 😂🐦

I agonized over it but managed to find the easiest way out: Make a mask.

I even managed to find a template (thank you, Google) to cut out the mask.

So what is left now is to decide on the colors and get the materials (as tipped by Sim: Daiso is the best).

“What color is the bird?” I asked Clarissa.

“But in your teacher’s post the bird is red leh,” I said to her while pointing to the photo posted by her Chinese teacher which showed what the kids voted for.

The bird in the photo was red.

“No it’s not an angry bird! It’s a happy bird!” She explained.

(In the meantime, Yaya almost died trying not to laugh too hard. 😂)

In the end we compromised.

The bird shall have yellow skin, blue eyes and a red beak. 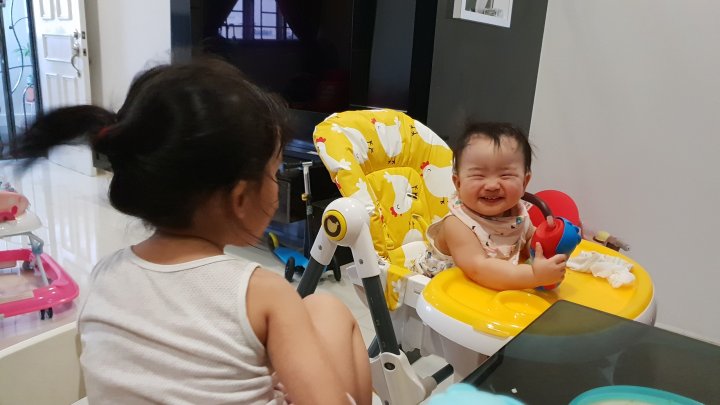 My Jiejie is sooooo funny!