And then the week zoomed past. 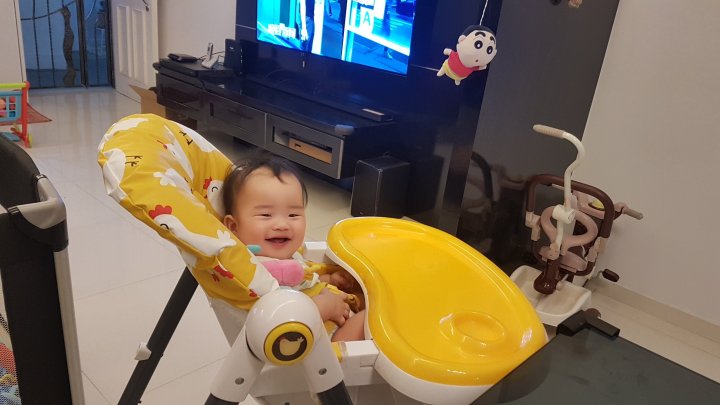 She’d already finished her dinner but protested when we tried to put her in the playpen.

So she joined me at the dinner table, again.

No photos on Thursday because I got home really late.

The meeting from 4-6pm became 4-630pm, and eventually ended at nearly 7pm.

When I got home, the big one exclaimed, “I missed you Mummy!” while the small one babbled non-stop like she was joining in the conversation. 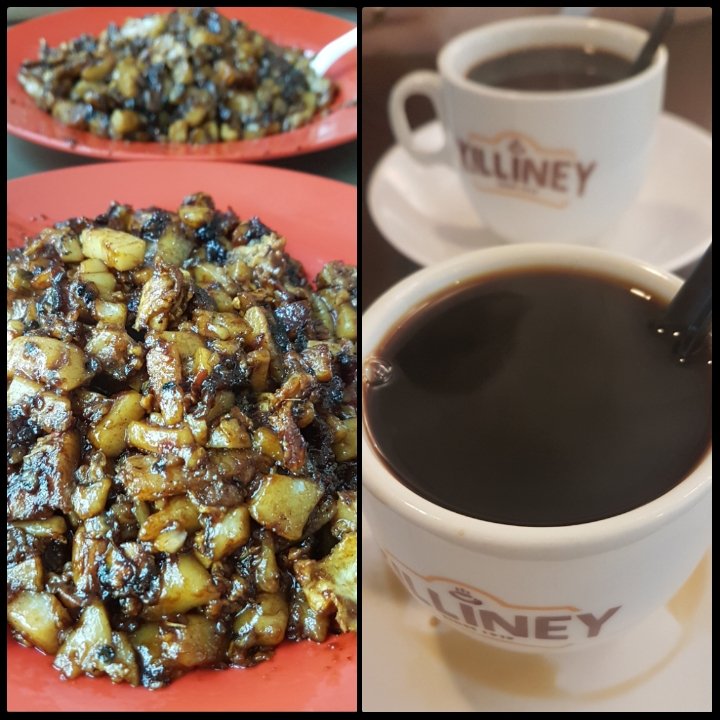 The hubs suggested going on a date so we took the day off.

But it was more like an errands day to send my watches for repair and to get a new phone. 😅😂

He was watching NBA and even though he said we could go shopping, he wasn’t really interested when I tried to shop. 😏

Ok lah at least we got our carrot cake fix. 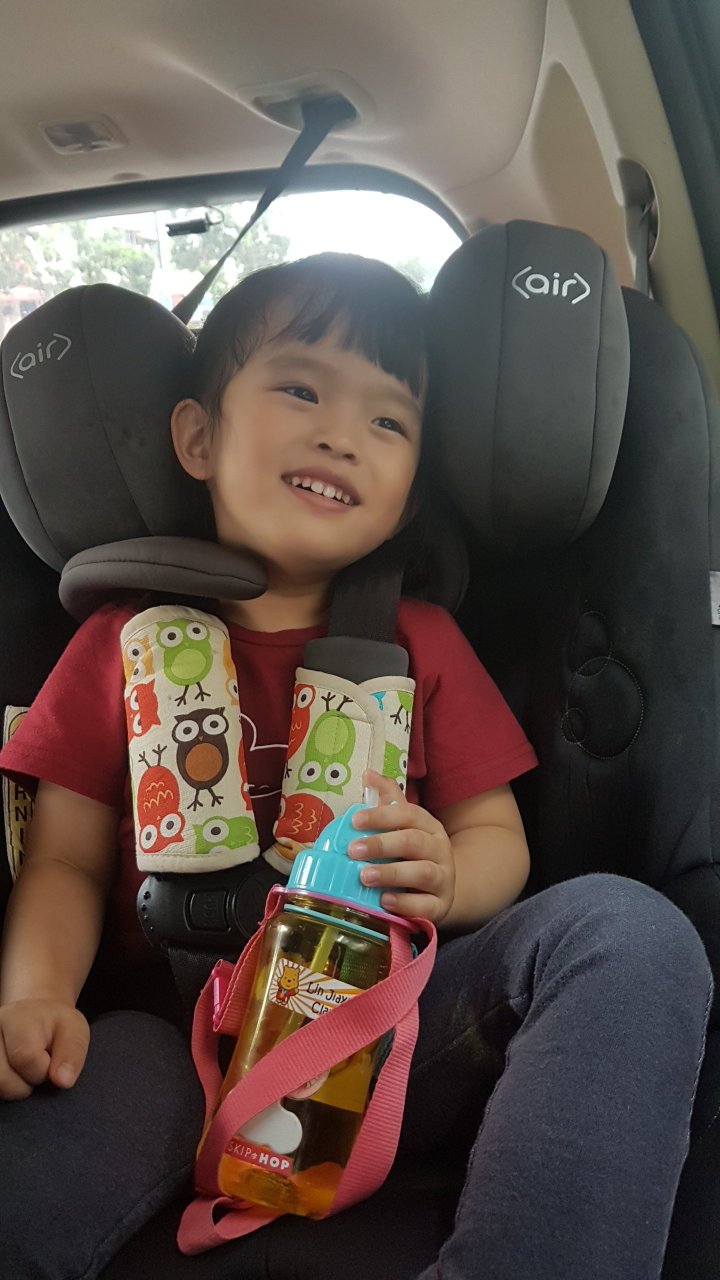 And we made this girl very happy because we picked her up from school and bought her a waffle. 😊 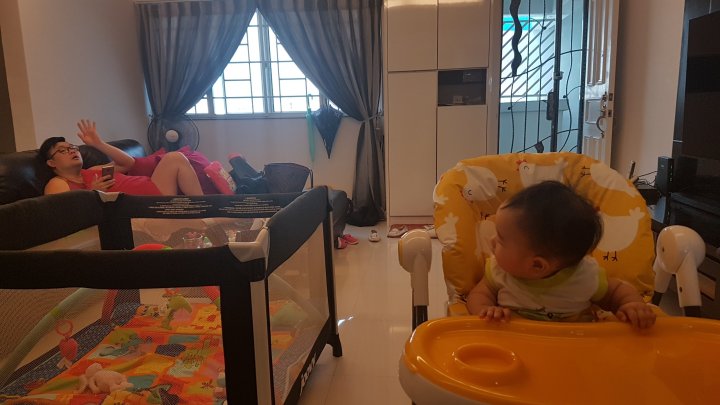 She was supposed to have her dinner but kept turning back to look for her Daddy.

I love the way she clings onto him and refuses to let us carry her whenever she’s in his arms. 😍 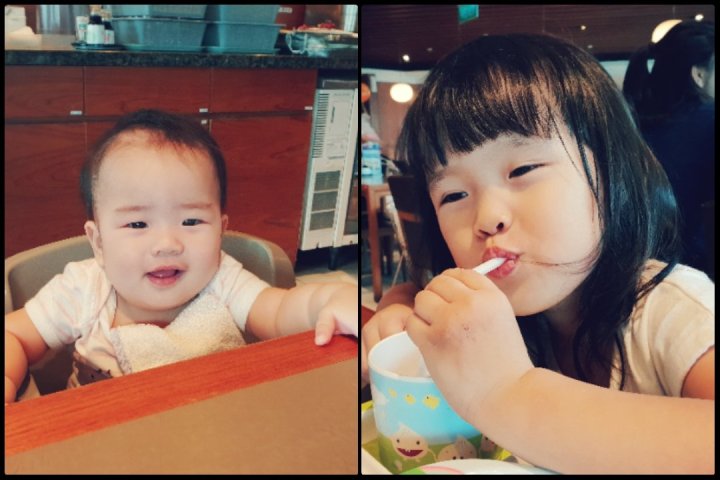 Saturday, out for lunch!

Allie had hers before we headed out so she was just chilling and kaypo-ing around in the babychair while we ate. 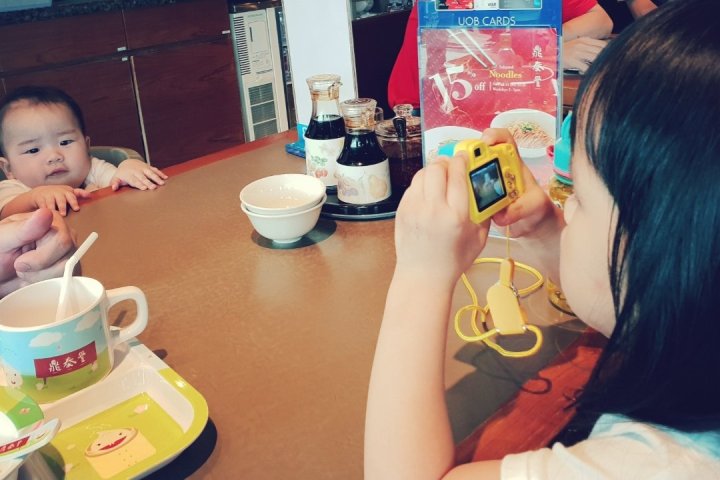 I got her this really cool camera from shopee so she could take photos for real. 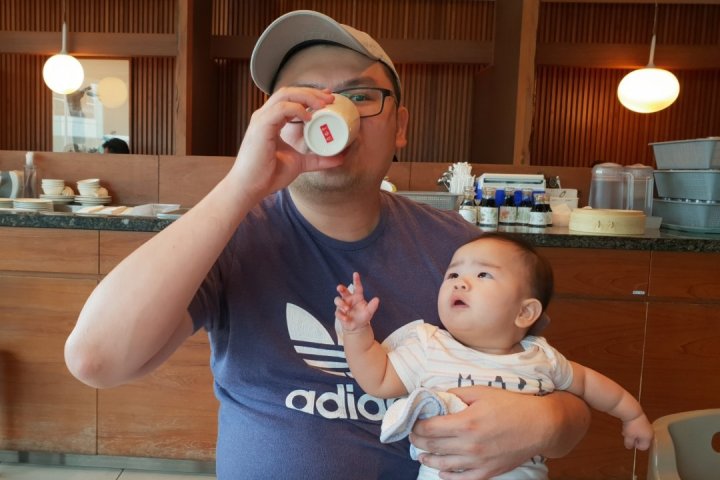 Lunch mission was a success!

Although Daddy had to stop her from trying to eat the table (or the chair) a few times. 😂

But she mostly sat in the seat on her own looking around / babbling to us while we ate. 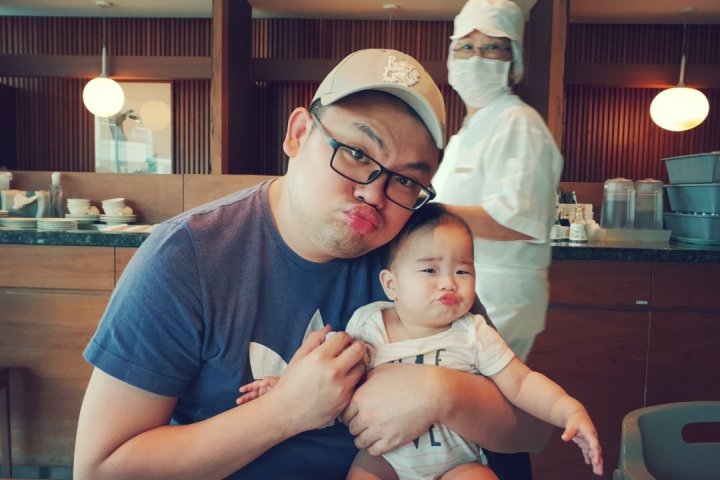 Hahaha I love this shot, including the photobomb. 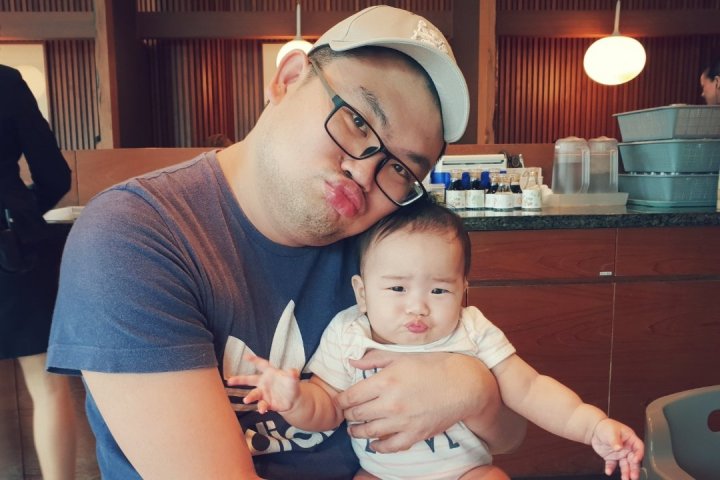 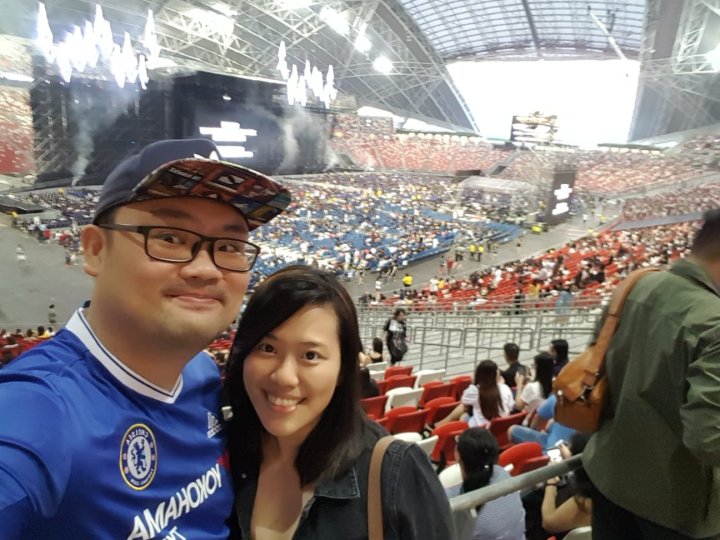 My first time watching a concert at the new stadium, thanks to the hubs who got the tickets.

As usual, it wasn’t easy seeking the little boss’ approval.

She questioned why we were watching a concert again (the last time was in February) and why we couldn’t bring her along.

I told her we were going to watch the Mayday concert, and she wouldn’t know the songs because they are too old for her. 😂

Or she’d suddenly hug me and say, “Mummy, I miss you!”

“But I’m here beside you?” I countered.

“You are going to the concert with Daddy tonight. I’m so sad!” She’d say.

“Next time when I’m older, Daddy and Mummy will bring me and Allie, right?” She tried again.

Thankfully my sisters came over to babysit, and she had a good time with them.

My sis said the best “actually” was when she said, “actually my mummy will chitchat with me before I sleep you know?” and they really had to chitchat before they turned off the lights.

She actually woke up after they went home? And Yaya sat down with her to watch her sleep. 😅

This morning she said to me, “Where did Dayi and Ahah go? I was so sad when they left.” 😂 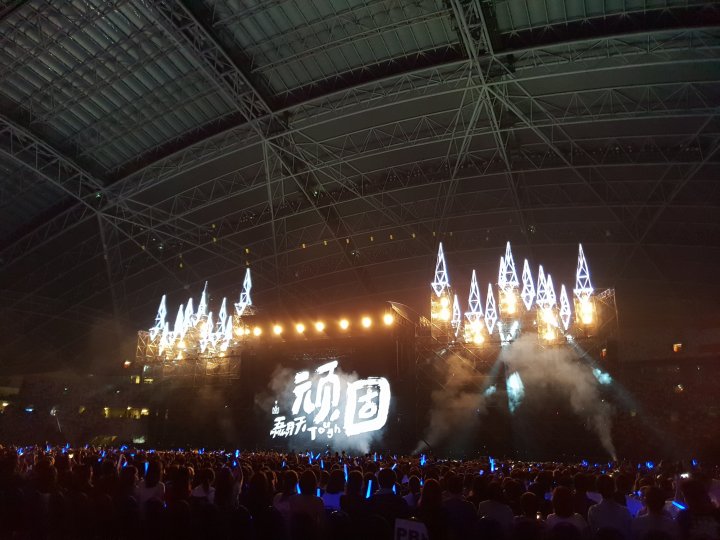 I told the hubs before that I have to watch a Mayday concert at least once but when he suggested getting the tickets, I hesitated because of the two girls.

I didn’t want to trouble my sisters to come over.

It was so good. 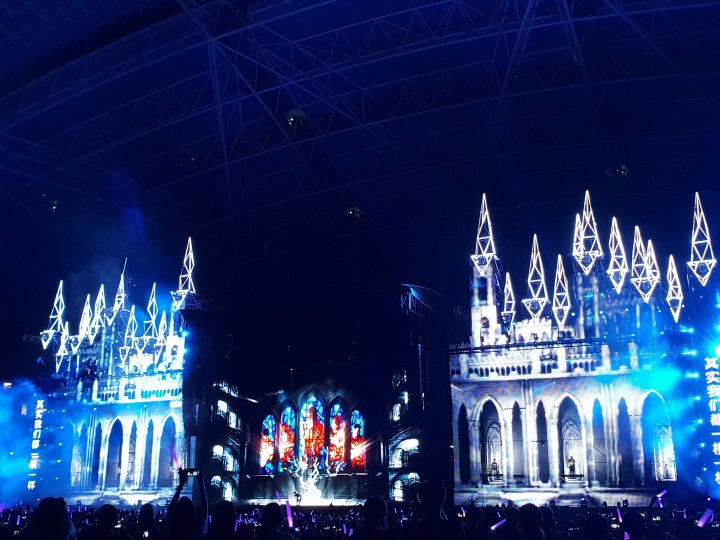 I didn’t realise that they’ve been around for 21 years already!?

The “big brothers” who seemed to know exactly what I was thinking and wrote and sang about my angst and struggles and heartaches growing up.. are now 40+ year-old uncles who are still as humorous and young and passionate about the things they believe in.

I knew most of the songs, except the recent ones. 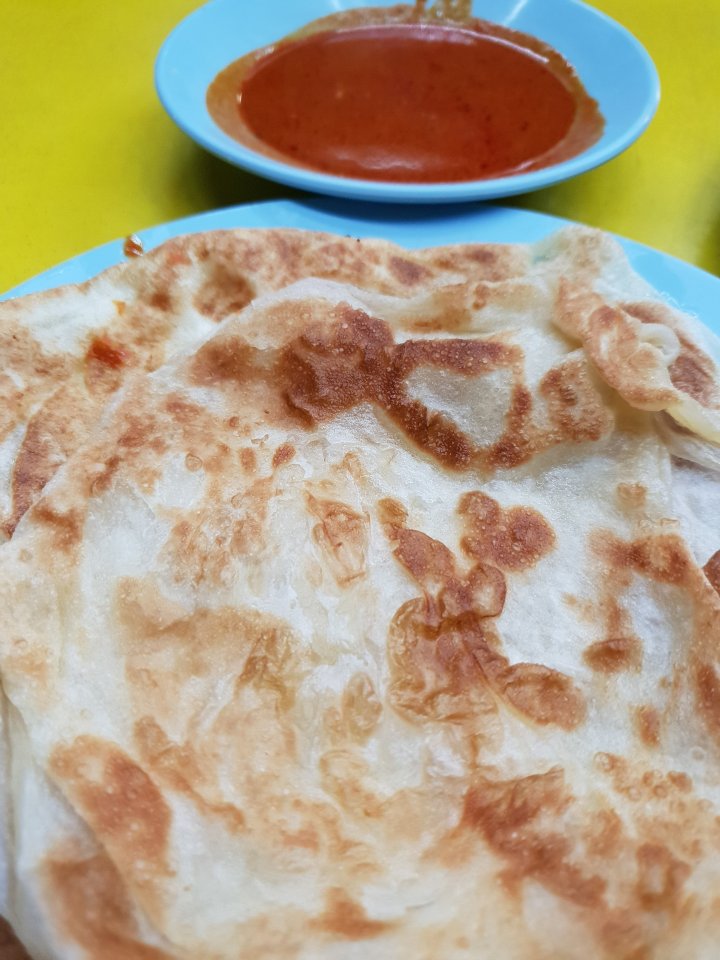 And then we went for supper. 😂

Went to bed past 1am.. and Allie woke up around 3am crying.

She wriggled and tossed and turned all over me before she finally found a nice spot on my chest and tummy to settle on.

I rubbed her tummy for almost an hour before she eventually fell asleep.

In my head a Mayday song was playing on repeat mode:

I was too exhausted to rock the boat so I let her sleep on the bed beside me while I contorted my body to fit in.. and of course when she woke up again at 530am, my arm was numb and my neck was stiff. 😪

And then it’s Sunday.