The French toast and waffles are da bombz!

Hahaha I’m so used to not taking pictures of my food I only remembered to take a proper one of the first dish served – the wedges – and only remembered the subsequent ones after digging in. 😂

Which explains why photos of the French toast and waffles were taken so close up. 😅😅

I think she was very happy to have brunch here? She kept pulling me close to her and whispering: “I love you Mummy!”

She was eyeing the ice-cream the moment we stepped in.

We told her she had to finish everything on her plate before we discuss about ice-cream.

She dutifully finished almost everything. I casually looked at her round tummy and she read my mind.

Placing her hand on her tummy, she said to me:

“My tummy is not full yet. Still need ice cream.” 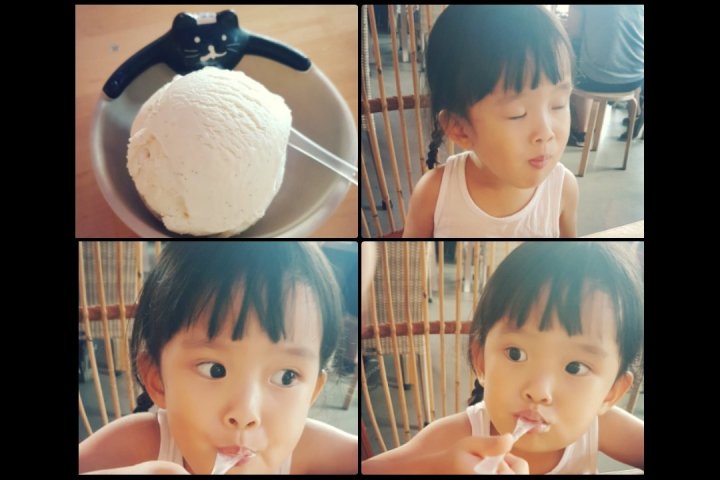 She totally enjoyed herself. 😍 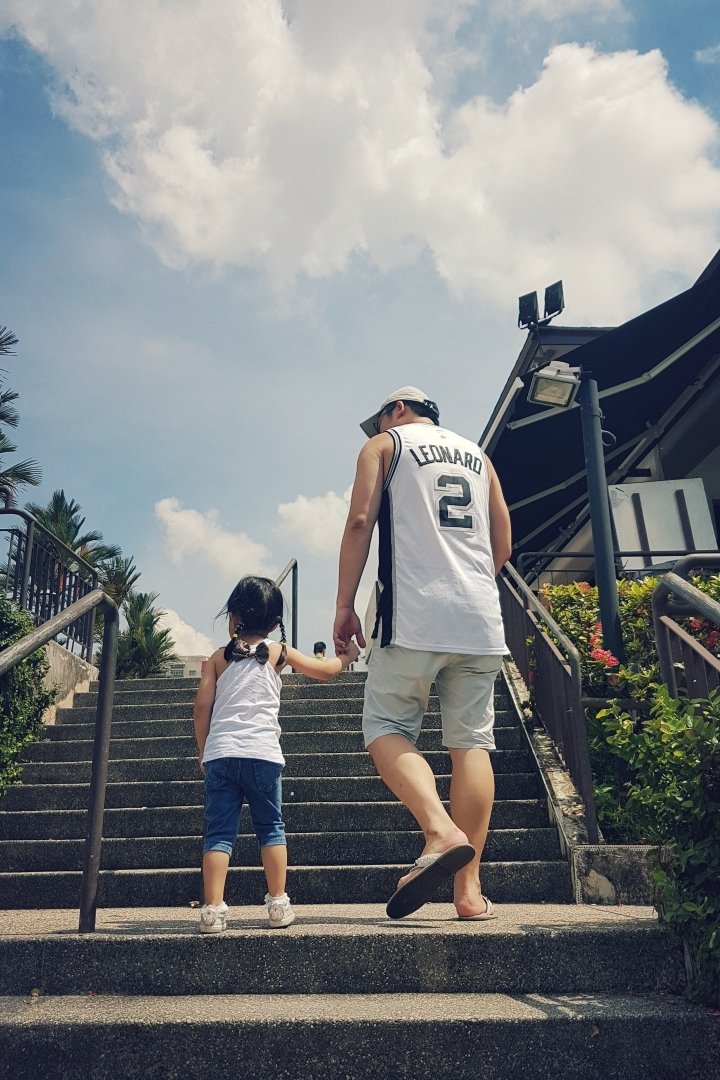 We wanted to take a walk around the connector but the weather was too hot. 😂

Chanced upon a nice blue brick wall while waiting for the hubs to drive the car over.

I asked her to let me take pictures and she did all these on her own.

Yes including deliberately giving me her back view only.

All in all a very nice place for brunch!

The hubs then dropped me off for my facial appointment while he headed home to nap with the bubs.

They were still napping when I got back so I had time to plan Allie’s meals for the week and play with her.

And then it was movie night before Sunday came.

I left her in the cot and went outside to clean up after her lunch.

Kept hearing a banging sound.. came back to check on her, and she was doing leg raises with the changing station.

I think she was trying to tell me she was having fun? 🤣 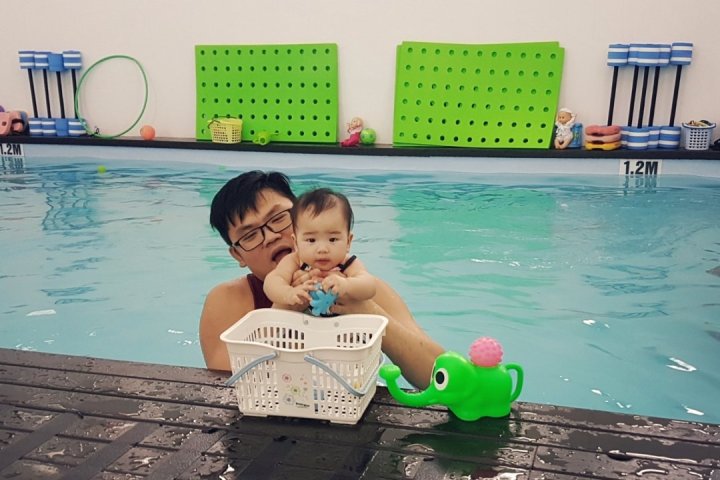 Brought her for her second swimming lesson! And signed up for classes for the rest of this term.

Hahaha #mamarazzi managed to sneak in some photos before hiding my phone.

She was unimpressed throughout the class. 😂

I guess it’s a combination of her being too young to understand what she’s doing and that it is her nap time.

But already signed up so we’d just continue. 😅

She drank and slept so well after the class!

The things we do just so they sleep well. 😂

And then it’s Monday again and I’d be going on yet another business trip from tomorrow to Friday.

Quoting the little boss, “But you already going to so many places, why must you go to another place?”