She sang for at least 10 minutes, non-stop.

I've only realised today that this song can go on forever if you allow it to. 😅

The little sister wanted to join in too?

Can't tell from her crazy-happy face this morning, but last night she was on a milk strike!?

We decided to let her sleep because she was protesting so badly.

She fell asleep but woke up twice after 10pm.

But no. She cried until she was red in the face whenever we tried to put the teat into her mouth.

We tried so many different angles and positions to feed her.

And finally I got it.

I had one leg on the floor, one leg propped on the bed, supporting her between that leg and one hand, and the other hand holding the milk bottle.

But she started drinking.

I couldn't take it anymore and sat down. She started pushing the teat around her mouth.

We checked the bottle again.

And it took nearly 30 minutes.

Whenever we tried to give her the bottle, she would cry murder.

So I asked the hubs to forget it. Anyway I was going to sleep on the bed beside her cot so I could wake up to feed her anytime she decides she's hungry.

We all went to bed and I heard her stirring at 550am.

Got up to feed her, and thankfully there wasn't any violent protest.

She couldn't finish though.

There was 20ml left.

Which is better than drinking only 20ml?

So I didn't try to make her finish it.
Too sleepy to fight. 😅😂

Little rooster wearing her new rooster romper on the last day of the Rooster year. 😆

Romper from le petite society.
Size 6M but looks just nice on her!

I chose the duck socks for her.

And our helper upped the game by putting her in this bunny/carrot cap.

It became a "Guess how many animals are on Allie today?" game.

But she looks so cute! Of course I had to take pictures. 😆

Jiejie also wore something new! A singlet and shorts set from Minitotz. 😀 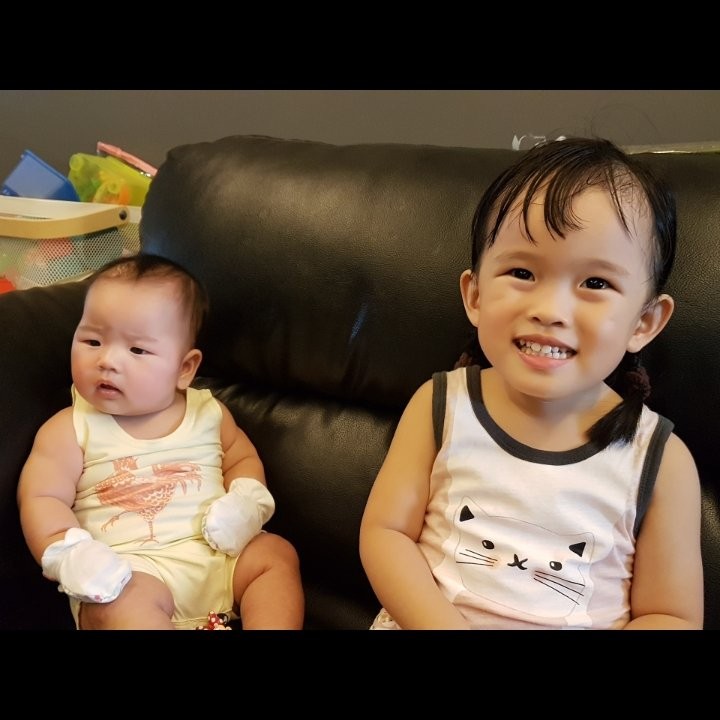 Meimei: Oh there's a spider over there..? 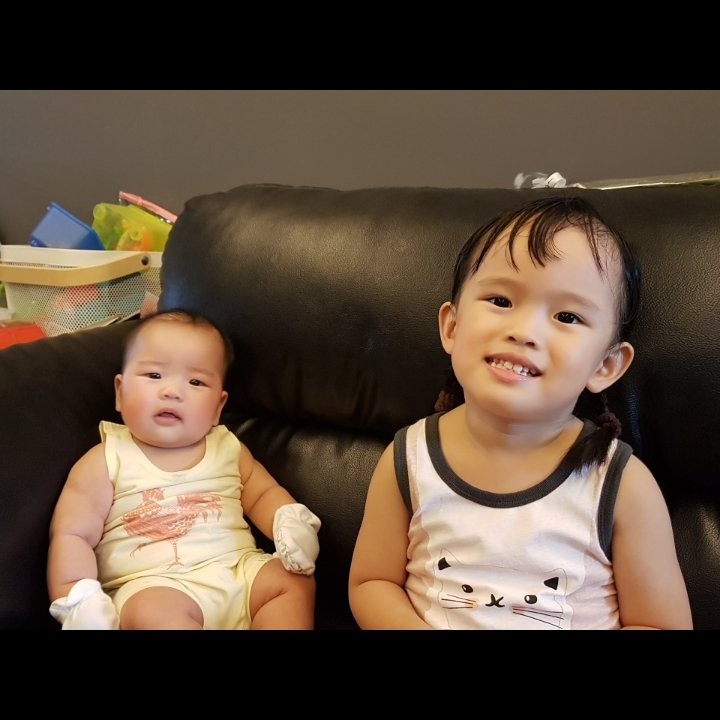 Are her arms bigger than her Jiejie's? 🤣

After all the photo taking, I gathered the girls and all our barang barang, and took a cab to my in-laws' place for dinner.

The hubs was working today so we met directly over there to save him the hassle of driving home to pick us up.

It was Meimei's first time in the kangeroo carrier! And she's tall enough for it. 😀

Dinner was a quick affair.. And a little awkward. 😂

The hubs brought the stroller up from his car, and she sat in it while we ate.

This one had porridge and eggs which my MIL cooked separately for her and was happily playing with her Xiao Gu-gu after dinner. 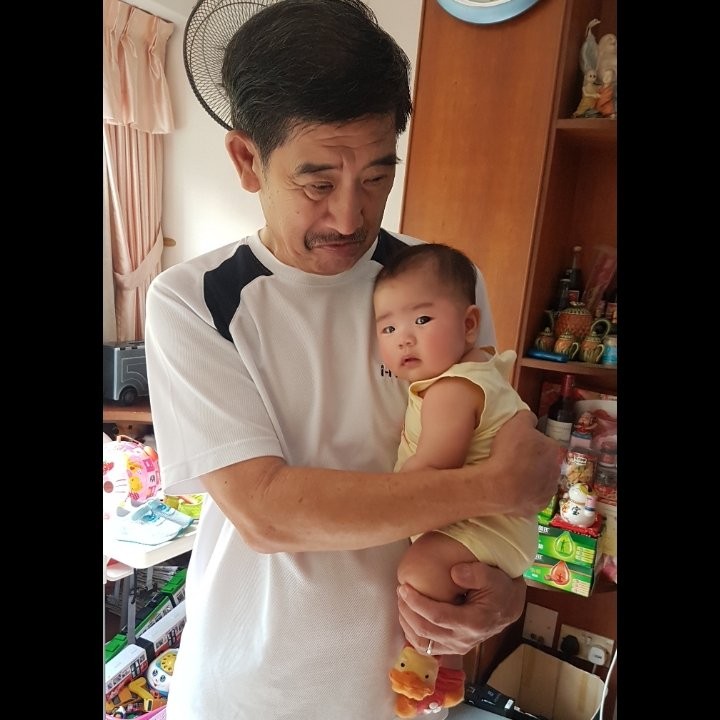 Ah-gong: Are you going to cry?

Meimei: Mummy, what do you think? Should I?

Hahaha she was so good lah.

I have strong arms, chubby cheeks and.. dimples. 😀

We briefly contemplated dropping by my parent's place after going home for a quick shower.. But decided not to because it was already 830pm by the time we were done with everything.

The hubs said he's feeling under the weather again.

I read to Clarissa, did our little chitchat, she drank milk and was asleep by 930pm.

And I'm Dayre-ing while the hubs snores away. Waiting to pump and feed Meimei later on.

No angbaos for the girls this year.

But nonetheless, my wish is for them to grow up happily and healthily. 😊