Sis#3 shared this with me!

Finally caught up a little on my sleep debt since last Friday.

Then again, how could I have a sleep debt when I've been in deficit for more than a year already? 😂

The baby was still sleeping and not sucking her hand so I got up to pump first.

Clarissa woke up at 620am while I was still pumping. Drank milk while I left the room to feed Meimei.

Meimei was stirring a little when I went back into the room. Changed her diaper and fed her.

She didn't start drinking immediately so I was a little worried that she might put up a fight like she did last night.

The hubs and I had a hard time feeding her last night.

Come nearly 12am, she refused to drink her milk?

Usually she finishes the dream feed in less than 10 minutes.

But last night she was protesting until she was all red in the face.

We took turns, changed positions, sat in front of the fan, changed her diaper.. didn't work.

The milk was turning cold and I told the hubs to just let her sleep. I'll wake up to feed her when she wants to drink.

But he wanted to try again so I went out to make another bottle.

After 2 tries, a lot of name calling and face tickling, she finally drank the milk.

Gosh, not sure what went wrong there.

It must have been equally frustrating for her.

If she could talk she would have been able to tell us, "Daddy, I have a tummy ache!" Or "The milk tastes funny!" Or "I'm too sleepy to drink!"

Ah, it's tough being a baby! 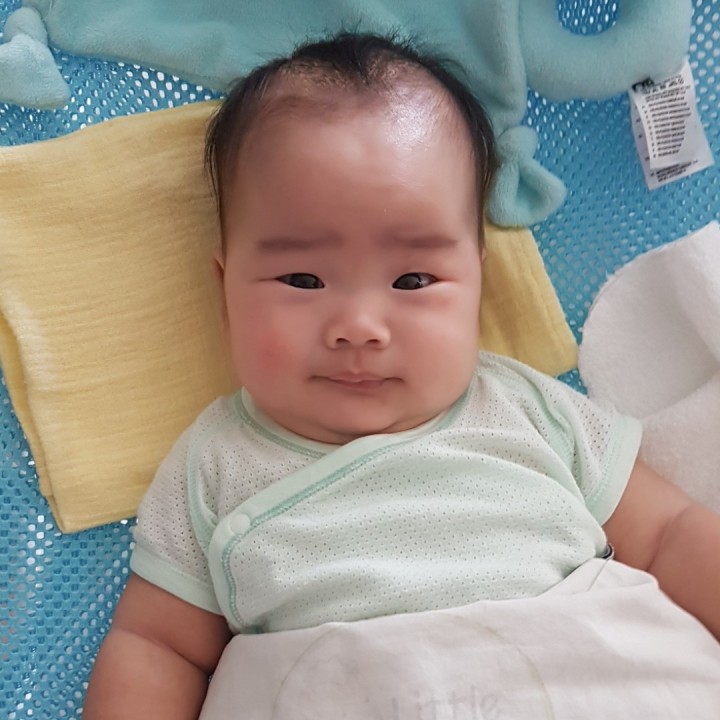 Sorry Daddy. I promise to be better today. 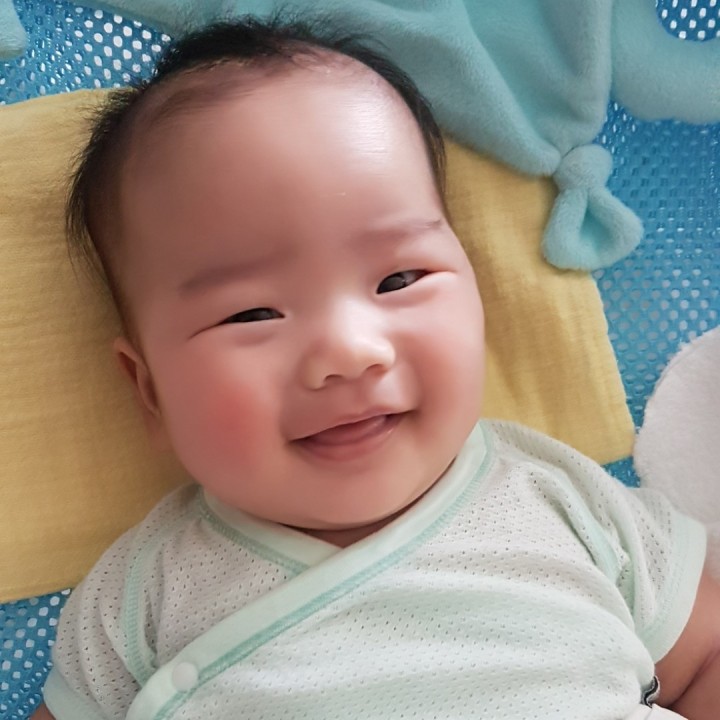 I'll be my usual chirpy self yeah?

Anyway I went back to sleep after the hubs and bubs1 left the house.

She was already up when we checked on her, just playing on her own quietly. 😊

I shall not bother to re-share since it's not particularly well-written. 😅

But the moral of the story is pretty food-for-thought.

Guy A and Guy B were high school classmates who hadn't met up for a long time.

They arranged for a meet-up and Guy A brought his wife along.

Guy B was very envious, because Guy A and his wife were very loving and his wife looked very good. He thought they were newly married.

But he soon found out that like him, Guy A had been married for 10 years already and that his wife was a stay-at-home mum.

Guy B couldn't believe it, and asked Guy A what his wife did.

Guy A said his wife is a typical hardworking SAHM who handles everything in the household, and he appreciates her for it.

He'd pick up from the market if it's raining, give her a massage when she's tired, hold her hand when they have a bit of time together, etc.

So Guy B thought about it, and realised he did none of these for his wife. Instead he kept wondering why his wife looks so old and haggard and does not bother with her appearance or being sweet to him.

Guy A told him, then your wife isn't the one to be blamed, isn't it? If you didn't put in effort, why should she?

Most people, including myself, often think that the onus is on the woman to be responsible for her own well-being, beauty, career and basically everything under the sun.

Like what the famous line "没有丑女人，只有懒女人" implies.
(There are no ugly women, only lazy ones.)

I guess the article is saying that this is only partially true, because perhaps the woman is lazy because she's tired, and she's tired because the husband is lazy? 😂

It's unfair to put it all on the shoulders of the woman. She can definitely do with some help, with the partner or husband as the enabler.

DIsclaimer: Must put disclaimer otherwise the hubs might think I'm hinting about something. I'm not huh. It's just a new and good perspective I'd like to share. 😉

Haha just as I was writing the above, Clarissa's Auntie O shared this with me, and we both rolled eyes. 😂

I mean.. good for you? 👏👏👏
But how about not setting unrealistic expectations for everyone you share the story of your relationship with? 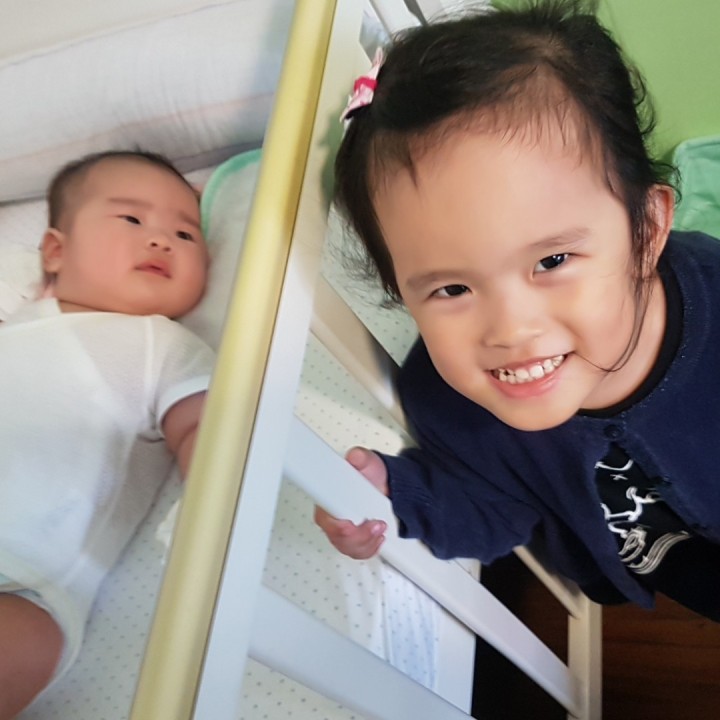 This one came home and headed straight into the room to look for her Meimei.

But today she's not Clarissa or Jiejie and Meimei is not Meimei.

She's "Big Honey" and Meimei is "Small Honey".
Mama duck has a role too, she is called "Shorter Honey".

Helper and I kept making the mistake of addressing the girls by their names, and kept getting corrected. 😂🤣

I told her I'm also not mummy today.

This "Small Honey" did a massive once-in-3-days poop and was left without her bouncer/chair for the evening.

We knew she was pooping and let her continue while lying down on the bouncer/chair.

When she was done, I realised that the poop had seeped through her romper, onto the bouncer and into a puddle of brown water on the floor. 😂 #tmi

So I took out the lounger that sis#3 and BIL got for her.

Hahaha she wasn't used to it at first.

Because, erm, where do I put my legs Mummy?

Hehe good to have this, otherwise no place for her to lie down in the living room!