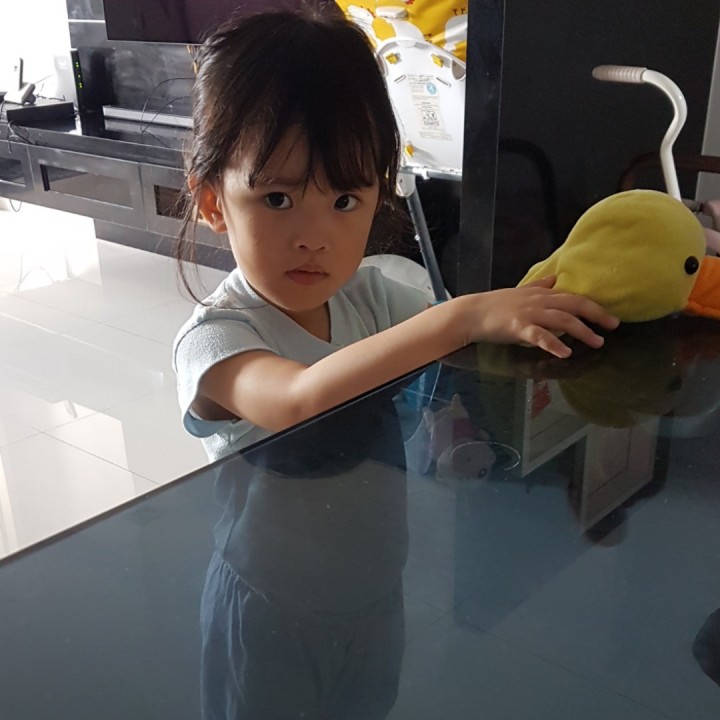 At home on a Monday morning.

She woke up at 620am, finished her milk and asked me, "Mummy, can you cuddle with me?"

Which is very, very rare.

Usually I'm the one asking her if she'd like to cuddle for a bit before getting changed. And she'd mostly say no. 😂

I hugged her and her forehead felt a little warm. Took her temperature, but it said 36.5°? No fever.

And then she fell asleep.

Decided to let her skip school today and rest at home, since she has a runny nose and a bit of a cough. She was also over-tired from yesterday because she napped for only 20 minutes in the car?

Took her to my room to continue sleeping after the hubs left for work.

I drifted in and out of sleep while she lay down beside me. I knew she was awake but trying not to move too much. 😂

We got up when Meimei woke up around 930?

I think she was already feeling better by then.

I asked her to get changed and she asked me cautiously if I was going to change her into her school uniform. 🙄

She looked so relieved when she saw her home clothes?

Later, I was in the kitchen making honey lemon for her.

🙎: Why must make honey lemon? I don't like lemon, so sour!

👧: Because you are sick! Are you sick?

👧: Oh you are not sick? Then let's get changed and go to school! 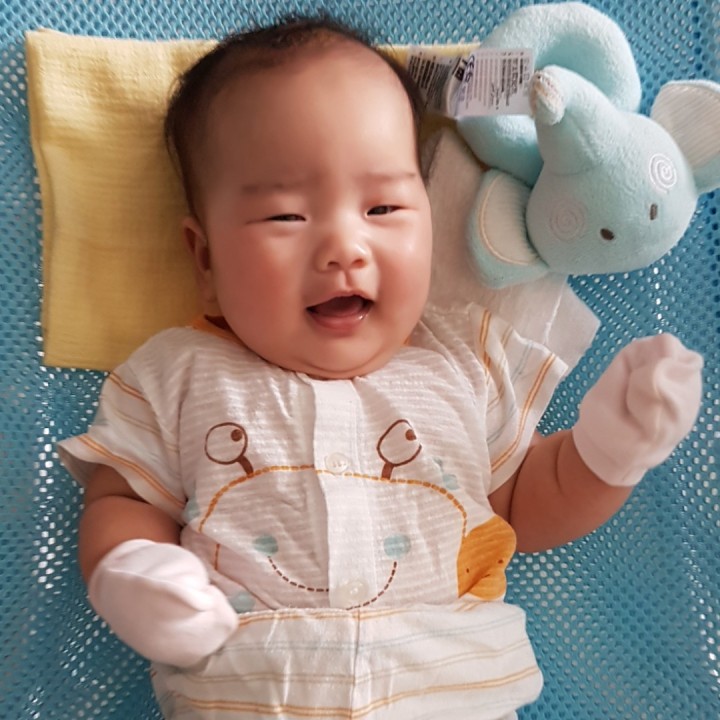 I don't think she faked it but she's certainly happy about not going to school.

It's better to rest at home than to go to school, which is an a.c. environment. Hopefully her runny nose and cough clear up by today.

Am going to talk to her though, about not staying at home when she's well. 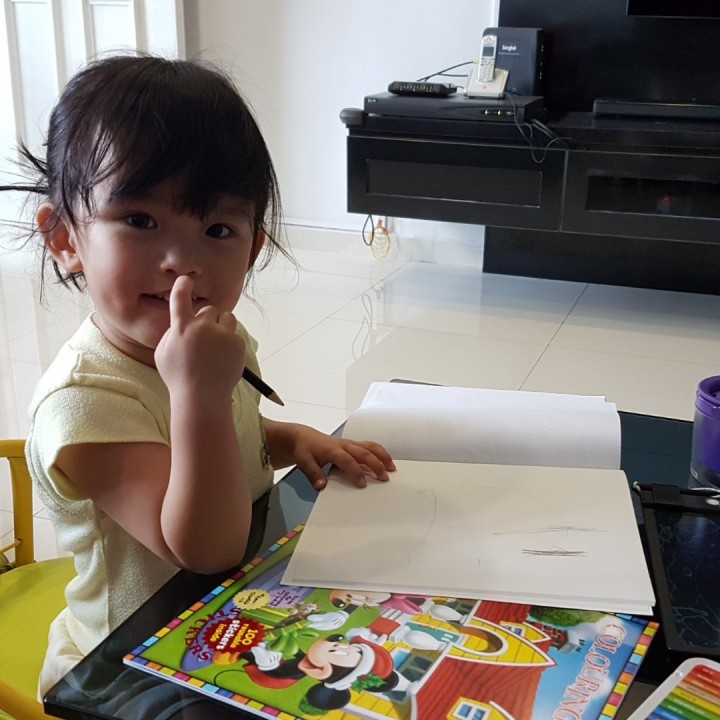 Up from her nap and doing some drawing.

I followed her schedule in school.
Lunch at 1130, nap at 1330.
She woke up at 1530 which was as per schedule but I think it was also because Meimei was crying very loudly outside. 😂

Sweated a lot and peed a lot.
Good thing I put on pull-up pants for her, because it was super full when she woke up. 😁