So we spent the first 2.5 hours of Christmas catching the season finale of Survivor season 35.

It was griping till the end!

A pretty good season, thankfully.
Since we sacrificed 2 hours of sleep to watch this.

Though we almost immediately turned off the tv when the winner was announced and didn't watch the reunion part of the finale like we used to. 😂

My sis#3 and bil have caught it already so I was telling her my prediction and preference while she kept a straight face, because the hubs covered his ears and told me to stop discussing about it lol.

Love survivor! Can't believe I've been watching it for so many years.

And the magical Christmas moment happened today when both girls decided to be kind to us. 😄

I woke up at 4am to feed Allie and then pump. Went back to bed around 515am.

Clarissa woke up at 615am and I brought her to our room.

She drank her milk and went back to sleep! (Something which did not happen the day before, when she was up at 540am.)

Allie went on to sleep until 810am before wailing in hunger. 😂

The hubs got up to attend to her while I carried on snoozing until Clarissa woke up at 830am! 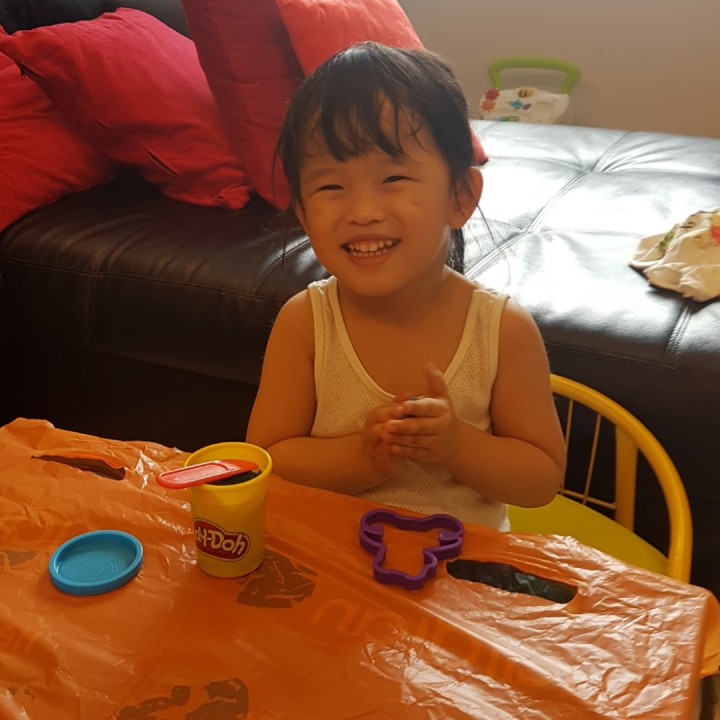 Auntie @Simiwako gifted her a playdoh set which she unwrapped last night together with all her presents.

She wanted to play with them after she showered but I asked her to wait until today, because it was nearly bed time and I didn't want to clean her up again.

We did some reading instead and she shared her feelings with me.

Mummy, I was very excited to play with the playdoh but you said I cannot. So I'm very sad now.

I love how she is able to describe what she was feeling – excited, sad..

I promised her I'll definitely let her play with it today.

So this morning she asked to play with it the moment she got out of bed. 😆 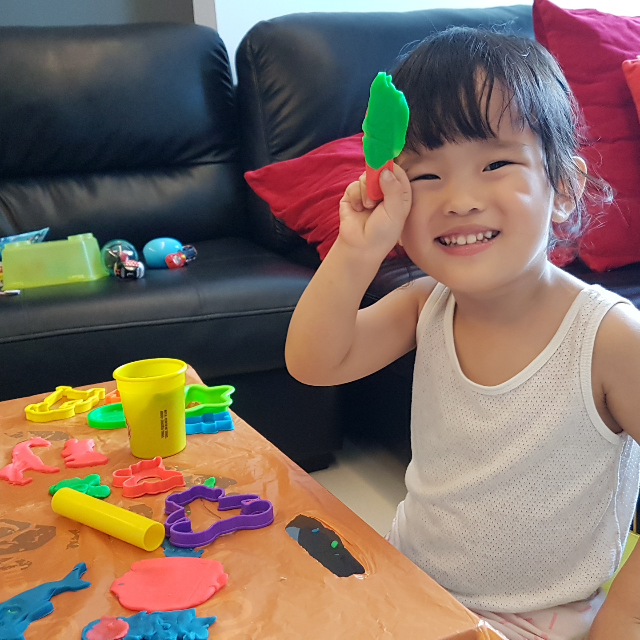 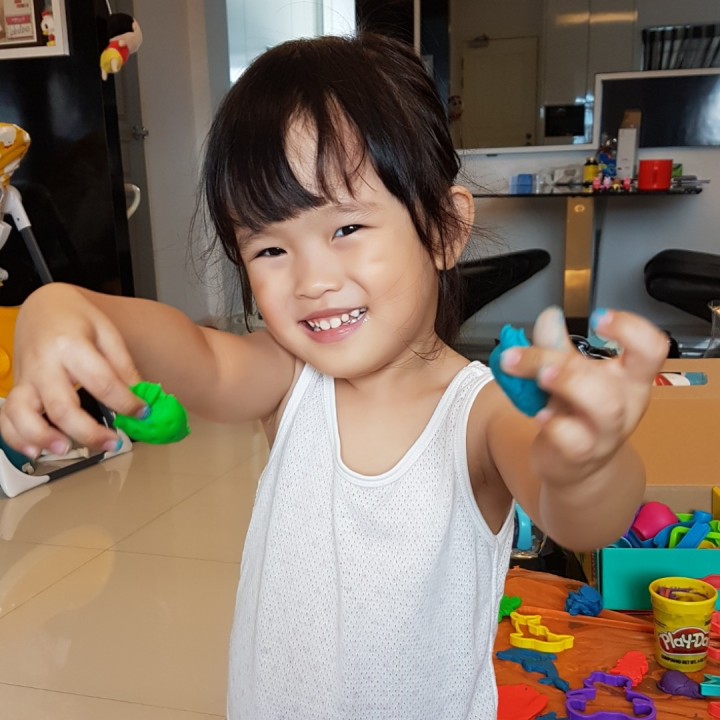 She made green and blue strawberries. 😂

I've not let her play with playdoh much because it's troublesome to clean and wash up. 🙊

But it's actually a good activity for her once we set it up.

And she really enjoyed herself!

Our helper happened to put Meimei in the same romper today so we decided to do a #throwback.

Hahaha someone was totally unimpressed because she was trying to poop. 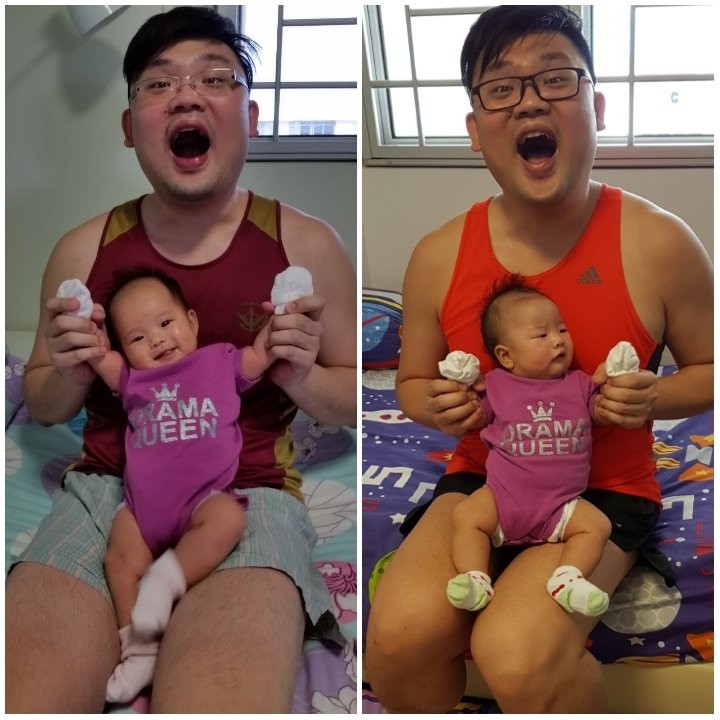 Aww so grown up. 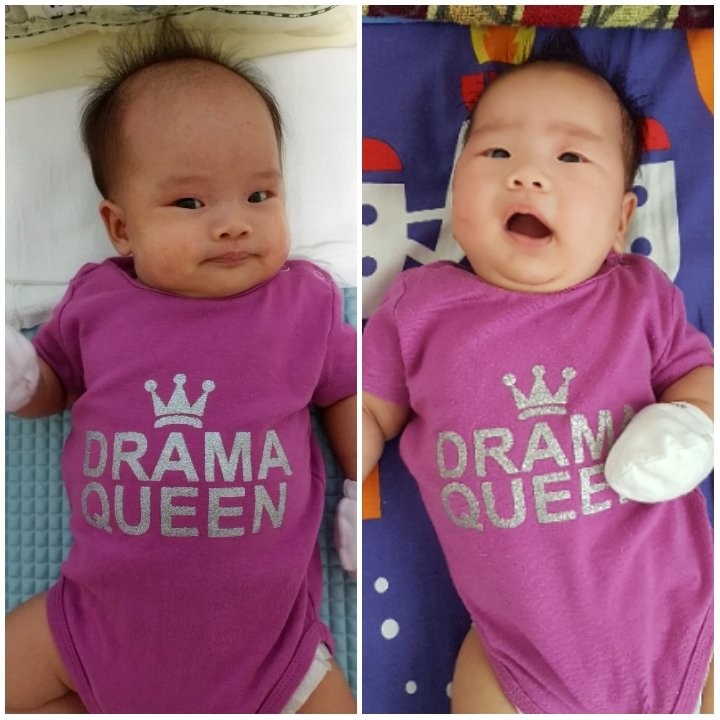 Not the best time to take photos because she was building up to a massive poop lol. 😘

They look quite different? 😄

She took a short nap and we ran out of things to do. We asked her if she'd like to watch a movie or go to the playground and I'm glad she picked the latter.

It's been a long time since I took her there. Pregnancy woes.

So I brought her to the playground after taking the photos. 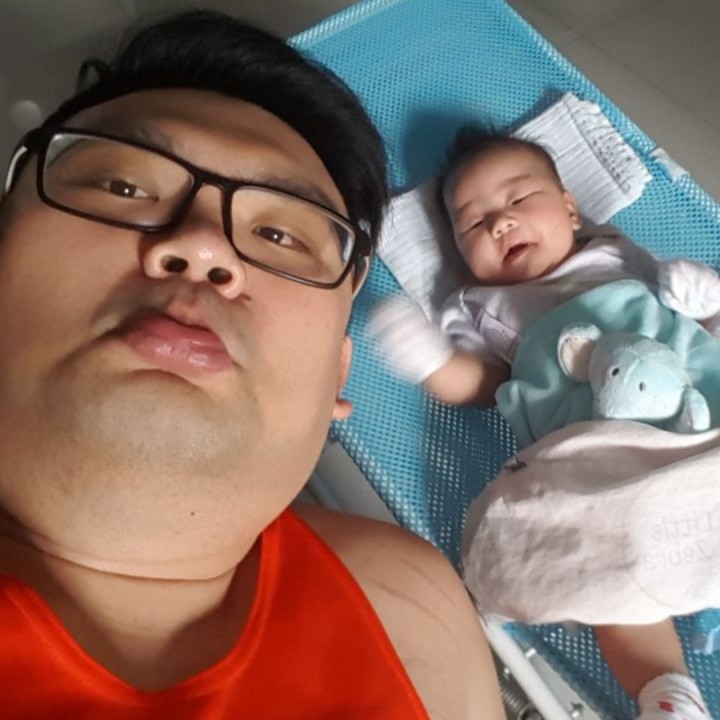 ..while Daddy stayed at home with Meimei to nap.

I guess the biggest difference is that she's become cheekier.

I asked her to pause for pictures and she made funny faces.

Glad we went because she was so happy!

We met a little girl with her grandpa.

She left her slippers at the playground and ran off to play at the exercise area.

This Jiejie shouted across the field, "Meimei, you forgot your slippers! Your feet are so dirty now!"

Later on she asked me why the Meimei was with her grandpa and not her mummy.

But she said no.

I asked her why.

"Because Ah-gong is quite fierce," she said thoughtfully.

Lol quite fierce but you always bicker with him? 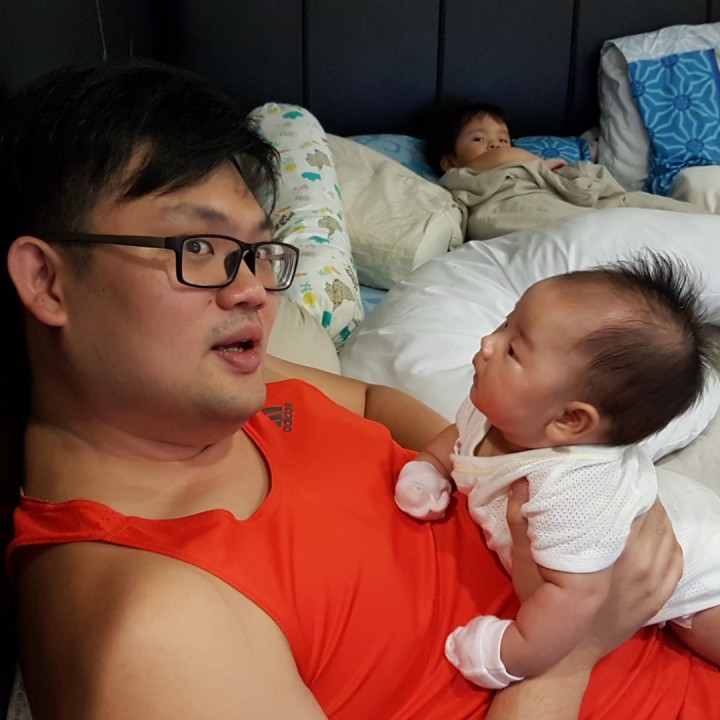 Her neck is quite strong! 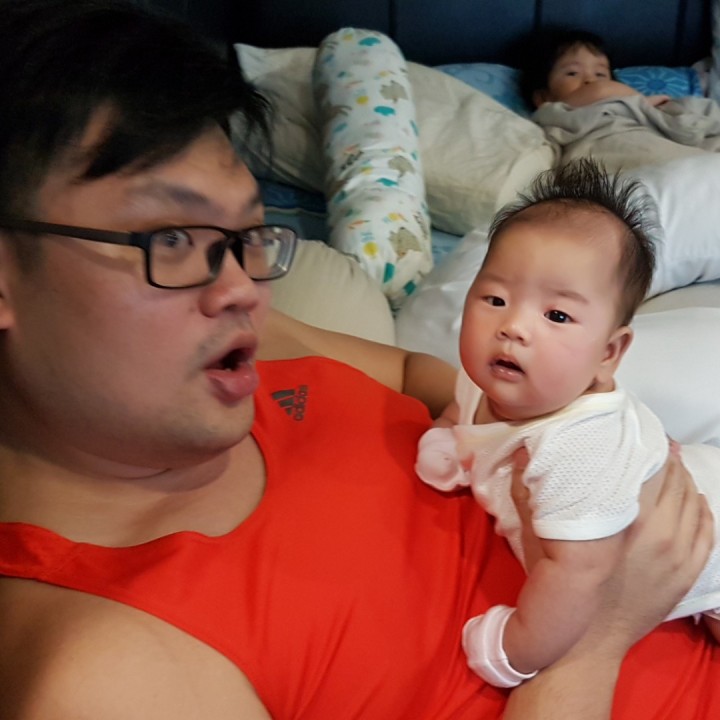