Getting too tired to update daily.

And so serious about her noodles lol.

It was her first time eating noodles at the same coffee shop.

Where did all the time go? 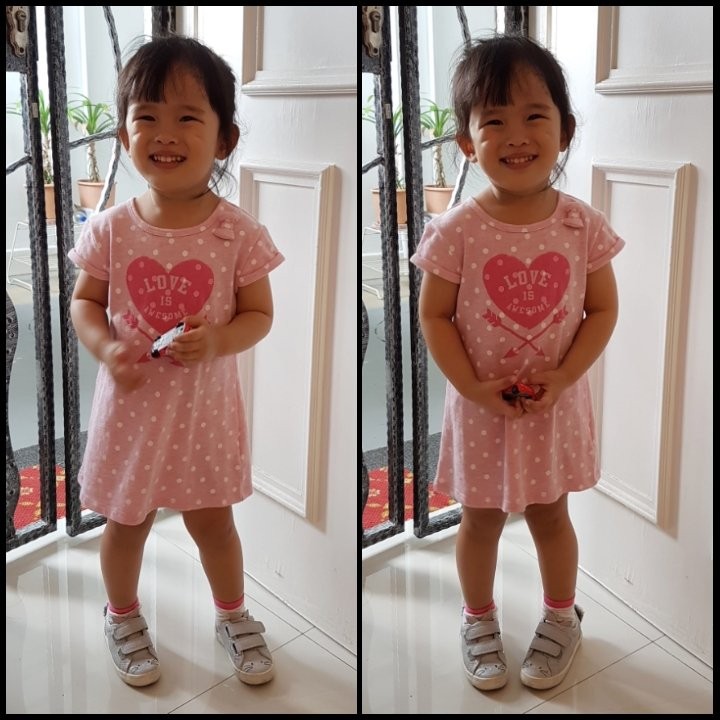 We brought her over to my boss' place for my team's year-end gathering.

She was very reserved at first but soon became unstoppable.. on the couch.

My boss introduced her to the seat at his bar counter.. and she sat there happily swinging from left to right to left to right.

She was happily telling her Yaya "I'm going to Mummy's boss place!" And then turning to me to ask, "Is there a slide at your boss place?" 😂

Alas she got over tired and retreated to her shy shell when we were about to leave.

Didn't want to say byebye or do anything. 😐

Fell asleep in the car on our way home.

Gift from my boss/his wife for Allie.

So sweet of them.

They wanted to see the baby but we decided not to bring her along. 🙊

Logistically (and physically and mentally) challenging. 😅

So many changes in the organization since I went on leave.

My marketing director texted me on Friday to inform me that she's leaving the company.

This would be the second time in a row I'd return from maternity leave to a different MD.

I have worked with her in two business units now and it's been a great experience.

I'm guessing more changes would come so I shall just wait and see how things go. 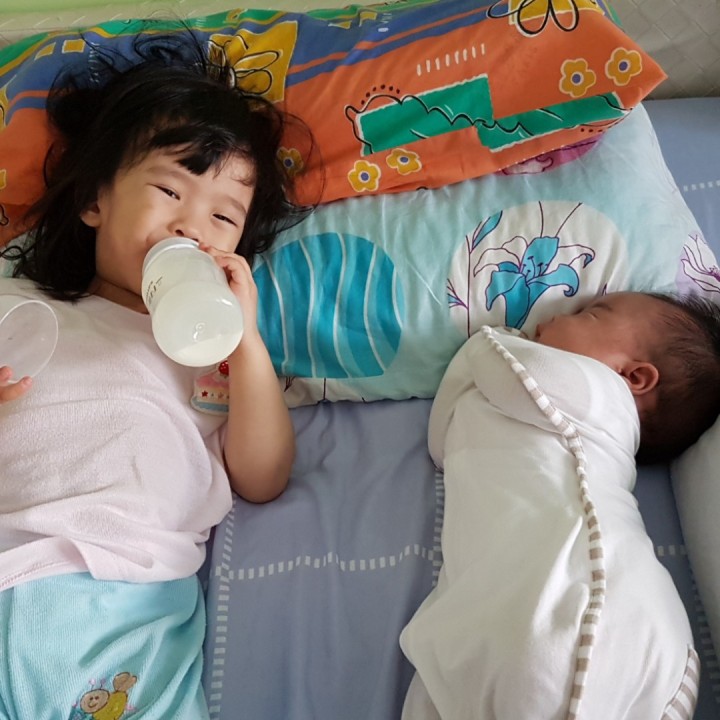 This was taken at close to 8am.
#unununbelievable

Fed the little one at 550am. She went back to sleep but stirred again at 6ish. I human mattressed her (And dozed off myself) before letting her lie down beside me.

So I gave her my space lol. 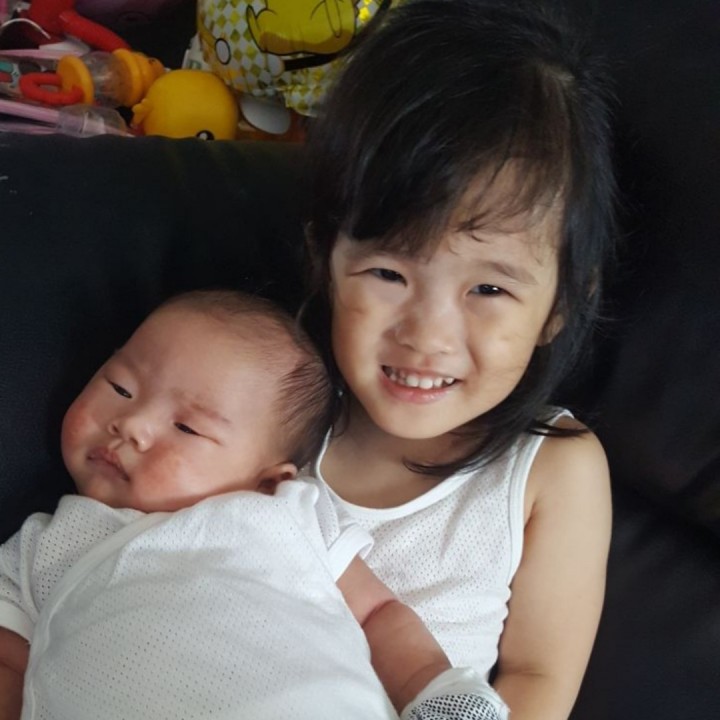 Erm Meimei is getting really chubby lol and it's making her eyes look very small.

Every morning the helper and I would look at her and say, "Her face like bigger today hor?" 😆

🙎: Daddy, I want to sit on your shoulders! Because I'm. Very. Tired.

👦: Ok! (Props 🙎 up promptly onto his shoulders)

Dinner time.
Daddy was trying to feed her.

Usually he'd sing the "Johnny Johnny" song that ends with "Open your mouth, ah ah ah" and Clarissa would open her mouth.

But she tricked him a few times by opening her mouth and closing it very quickly.

"You missed it!" She laughed and said gleefully.

Every Christmas, her school would hold a donation drive where they'd collect items like milo and household products to be donated to an old folks home.

I was asking her to choose what she wants to donate so I can buy it and bring it to school.

She chose milo and asked me who it'd be for.

"It's for the old folks," I explained to her.

"Oh, then what are we giving to the new folks?" She asked, her eyes filled with genuine curiosity.

Last week my dad came over earlier than usual and wanted to leave before dinner time.

The little boss didn't understand why, because he usually leaves after she finishes dinner and her 730pm show.

"Wai-gong, I thought you are supposed to leave after I finish dinner? Why you leave now?" She asked.

Another frustrating 原来你什么都不想要 evening that stretched from 4pm all the way to.. now, at nearly 11pm.

Hubs said he was so frustrated he wanted to smack her. 😭

Sigh I tried to read up on it but all the websites say it's normal and be prepared for lots of hugs and milk.