She literally straightened and streeeeetched her legs and pooped for 5 minutes straight.

I didn't move her because when I went over to check on her, the swaddle and sheets were already stained.
#mightaswell

Reminded me of her Jiejie who did the same thing 3 years ago. 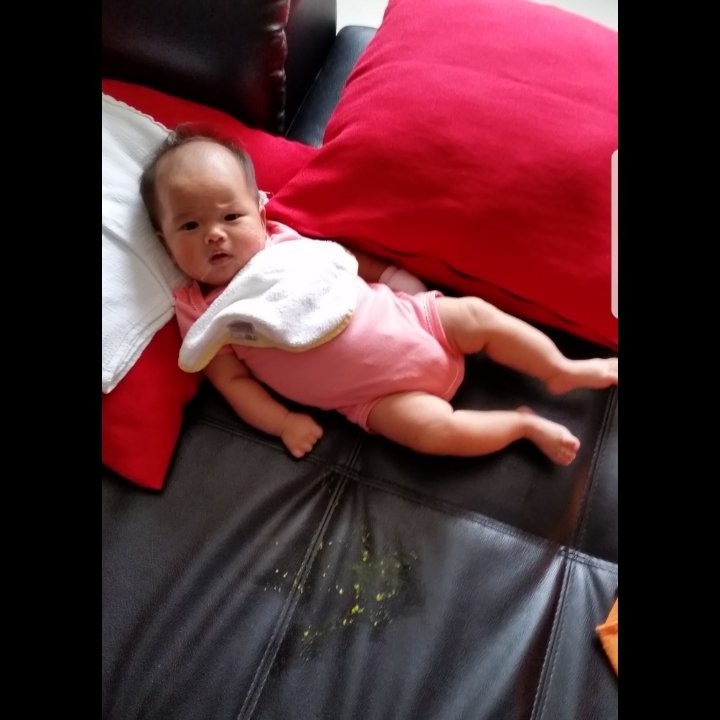 She also straightened her legs and pooped.. onto Wai-po. 😂

I only managed to capture the aftermath.

While Meimei is more like, let me do this as discreetly as possible. 😂

Had a pretty rough night with her.

She kept grunting and stirring and I was waking up every other hour to either change her (her entire romper and swaddle were wet from sweat.. in an a.c. room?!) / human mattress her / feed her.. And also pump.

This morning I fed her around 530am and put her back onto her cot. She only stirred once when Jiejie came into the room around 645am, and then she slept all the way till 830am! 😉

My mum dropped by this morning and said I looked terrible.

I think what I really need is 1) Uninterrupted sleep or just more sleep and 2) A hair cut.

Although that is at the expense of No. 1, because it means I can't take a nap during the day. 😂

How do you look like a million dollars 5 weeks post partum, sleep deprived since March and taking only 1-hour naps in the past week?

The answer is, you don't and you won't.

And I have people asking me if I'm going for number 3, or even worse, when. 😒

(That will warrant an entire entry on its own.. another day. 😬)

The husband had jokingly (at least I hope he's joking) suggested that we leave it to chance / fate but my face turned grey and he went, whoa so serious.

Yep no, means no.

Timely reminder on a slightly emo and restless day: 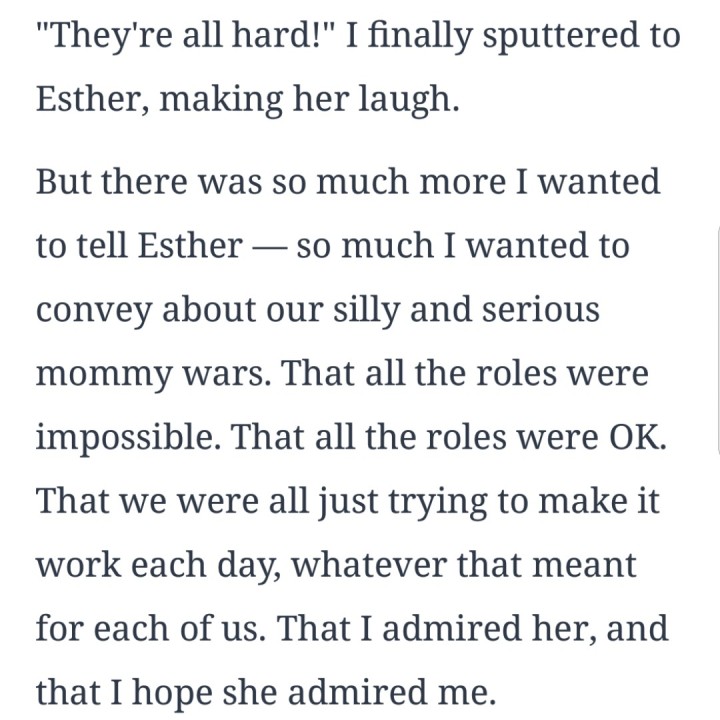 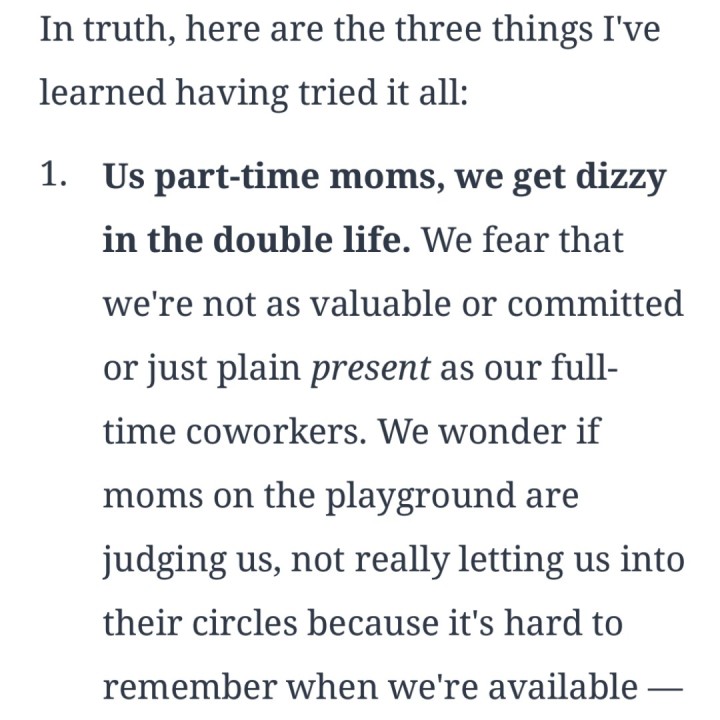 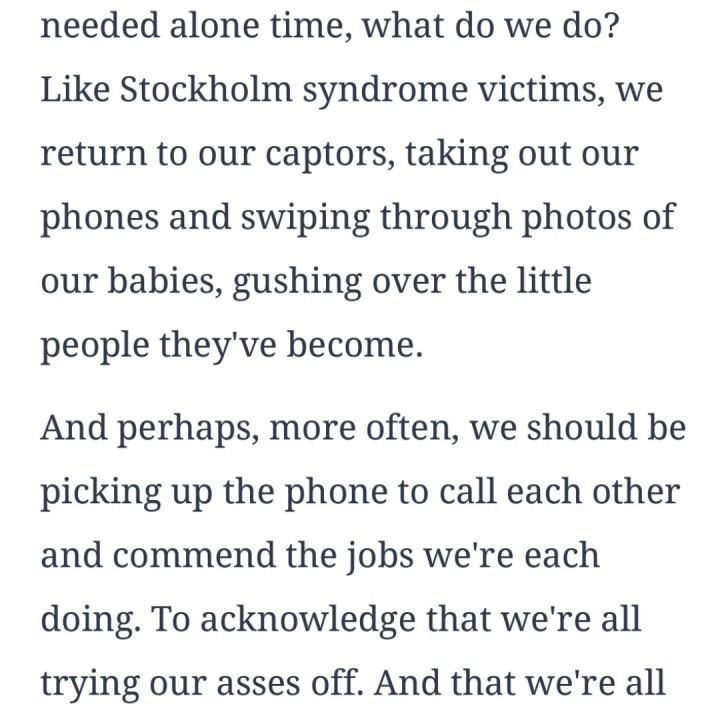 That feeling when you raise a genuine concern, only to be brushed off like you are just being irrelevant and small minded.

It'd be for probably 1-2 hours after Clarissa comes home from school but it's the most stressful time of the day when everything happens at the same time.

It's enough to sap you of all the good energy you might have accumulated during the day, if the baby sleeps.

I think it's too much to ask of the helper so someone (me) needs to be here too.

It's still early days, but aye.