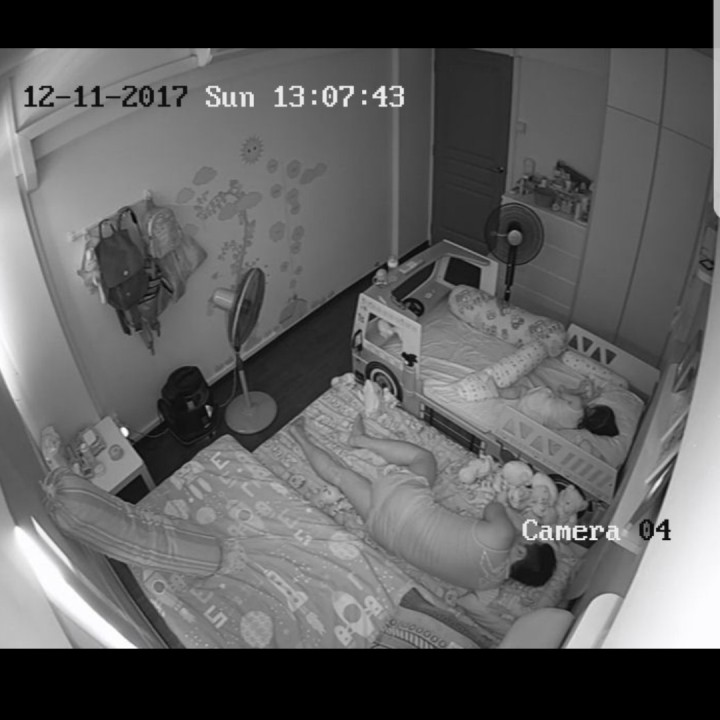 I love how they always seem to be in sync when they sleep. 🤣
#lovebirds

We had a very bad night.

Allie was crying non-stop since 10pm, when her last feed was at 9?

After ruling out everything else (poop, gas, sleep), the hubs decided to give her more milk.

The CL continued to not value add by saying she probably needs a pacifier?

I think it took 2 hours (and a lot of milk) to finally settle the baby down.

By then I'd already missed my nap before the next pump at 1245am.

I slept slightly less than 2 hours till the next pump at 345am, and then less than an hour after I finished pumping, because the big little boss came into our room at 530am.. And didn't go back to sleep.

I couldn't move my body at all so the hubs got up to make milk for her.

And essentially everyone was up by 645am. I pumped while the hubs brought the bubs and helper to the market.

Ironically the person who slept more than we did, besides the 2 kids, is the confinement nanny because after the top up feed, Allie went on to sleep for 5 hours straight.

Oh and of course the helper slept the most, more than 5 hours. 😂

Seriously exhausted and yesterday I lost it.

Clarissa was whining a lot because she was tired too and I suddenly went "WHAT!?" very loudly at her.. which took the hubs by surprise.

He said it is the first time I raised my voice at her like this.

She didn't seem to remember it when I tried to say sorry to her later in the night.

Honestly I was also shocked by my own reaction.

And then the hubs also nearly lost it when the baby was crying incessantly. He wanted to give her the pacifier (we don't have one) and rid wind when I said I didn't she'd be hungry after just an hour.

Aye, the lack of sleep is getting to us and poor Daddy is returning to work tomorrow.

After their nap, the hubs took the bubs out for a swim at my parents' place.

She's been looking forward to it so much! I'm sure she will come back with many stories to tell me later on.

Thank you hubs for being so hardworking.

Resting my back now after pumping.