The little boss woke up at 6am demanding for Mummy, so Mummy it is.

I watched her drink milk while telling her stories on demand.

After she finished her milk I asked her to go back to sleep and she obediently lay down, holding my hand.

But sleep she did not.

At one point she was standing up in her cot looking at me and like she's ready to party.

I tried my best to ignore her and I dozed off.

When I woke up she was asleep. 😁

That was around 730am.
It is now 910am and she's still asleep.
Which is good! She slept too little yesterday and today's going to be a long day. 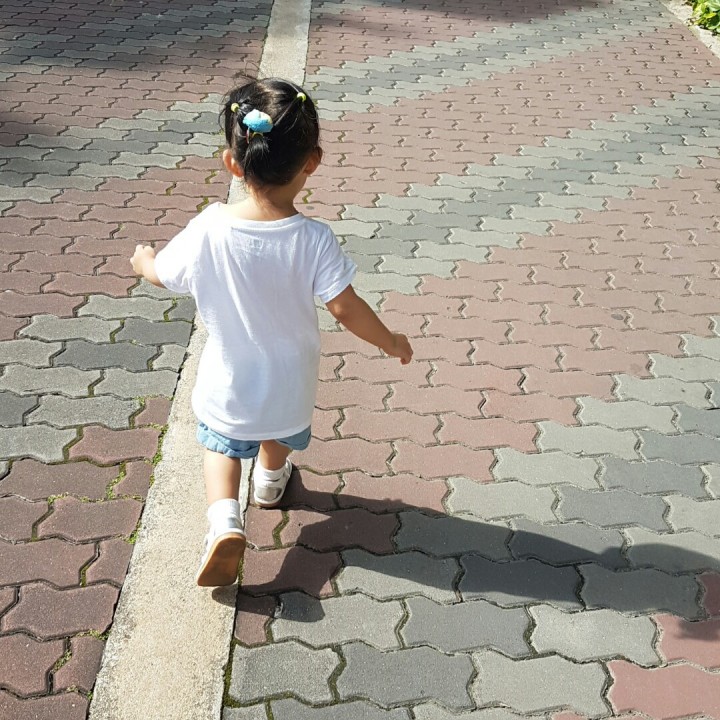 I took her out to take the train to meet the hubs so we could drive to my in-laws together.

Quite impressed with her grammar. 😂

Our helper tried to correct her, that it should be "under" the sun, not "beside".

But I thought about it, she wasn't wrong because to her, the "sun" is fact the rays she sees?

So yes, she is running beside the sun. 😅😁

Totally enjoying the soup and fish and rice.

Soup made by my FIL! It's the soup base for the steam boat later, but someone got to eat first.

I told her it's made by Ah-gong but she insisted Daddy made it. 😅😁

I cannot resist doing this. 😆😆

She likes the dress!

"I want to show to Daddy!" She said the minute I put her in it. 😁
And then she spent some time looking at herself in the mirror.

But when it came to taking pictures, it was blogger style again.

Dress from ellyloves.
I originally wanted to get her a cheongsam but my mom and sis already bought one for her and this dress caught my eye instead.
I like it very much too!

I tried preparing her for the huge crowd today on our way to my in-laws. I told her there'd be many, many people there today but Daddy and Mummy would be there beside her. I also told her it's not nice to cry on Chinese New Year.

So for the rest of the ride, and after we got there, she kept telling me, "Chinese new year cannot cry."

And I think she tried her best to hold it in. So I told her I know she's trying her best and I appreciate it.

She cried a few times lah but aye, hard to avoid. 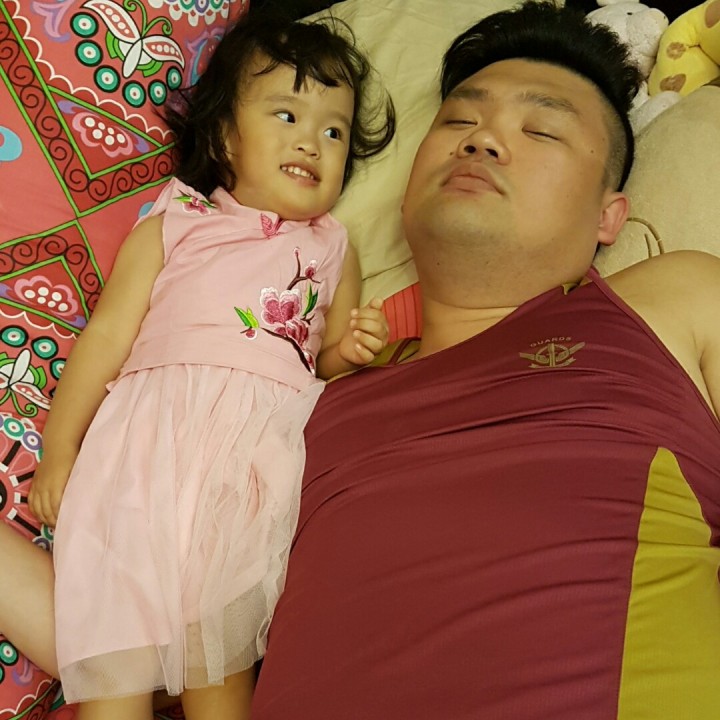 Daddy, are you ready for round 2?

Hahaha we got home around 4 and they both took a nap!

I got her changed and she tasked herself to wake Daddy because yep, she wanted to show him her dress.

She kissed him a few times and then proceeded to lie down beside him.

Off to my parents' place!

She's been wanting to go since this afternoon. 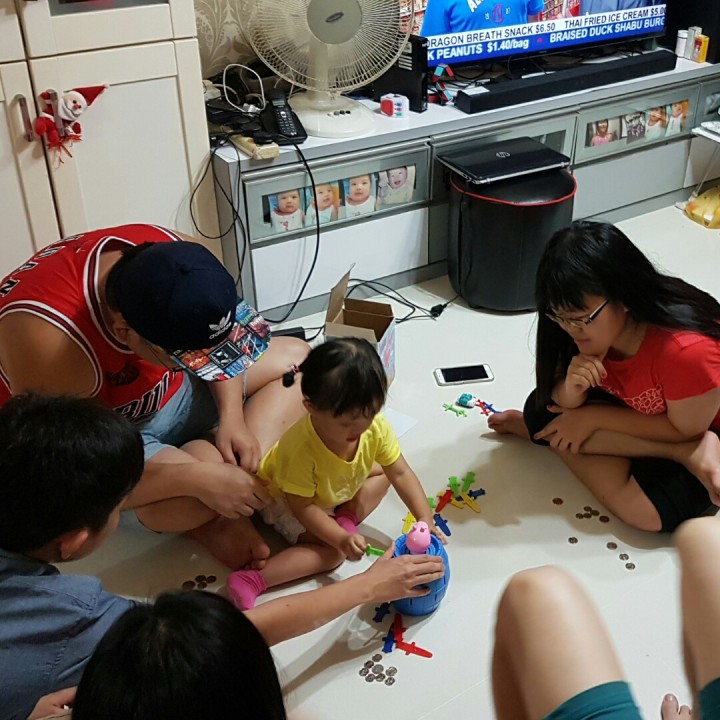 My sis #4 bought this!
It's a new way to gamble. 😂
Place your bet, choose a slot, push the sword in and if Peppa pops up, all the money on the table is yours.

The little boss loves this. Not the gambling of course, but the whole idea of slotting the swords in and Peppa popping out, and taking out all the swords after each round.

After each round, she'd eagerly take over the barrel to remove the swords and spin for the next round.

Peppa can fly pretty far hence the many hands trying to shield her from it. 😁😁

I think I was more surprised that her each time Peppa popped out.

She knew that Peppa wasn't hers, so before we went home she said, "I want to say bye bye to Peppa!"

On our way back she kept telling us, "I put the Peppa and the Peppa jump up!" 😁😁

For some reason she also kept calling her "San-yi" and "San Yi-zhang". I guess it's because she's finally figured out how to pronounce?

Our helper showered and changed her into a grey t-shirt and grey pants.
We laughed when we saw her. 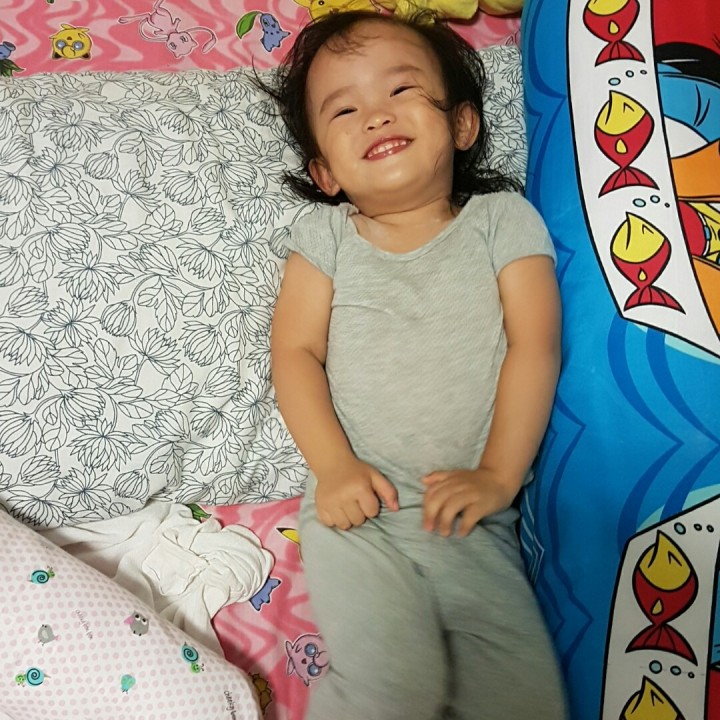