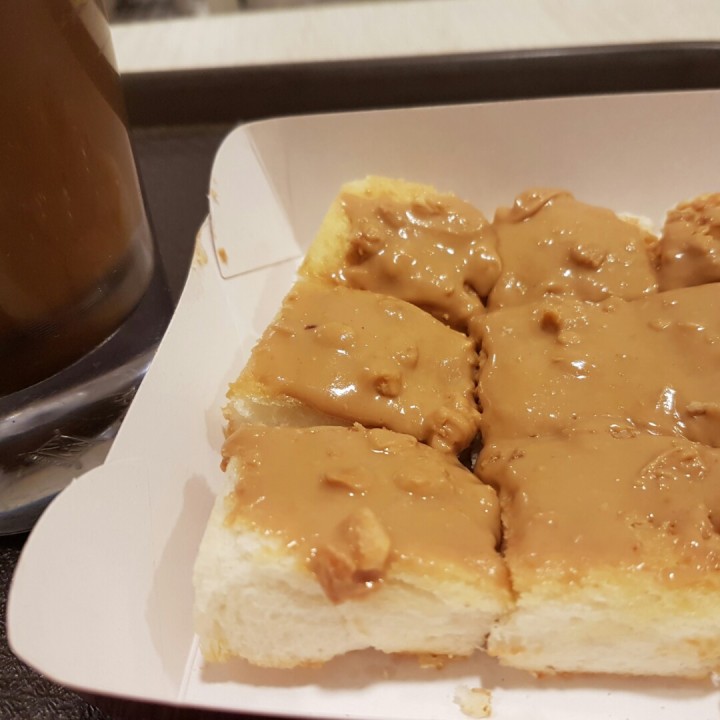 Heading to the office this morning to drop off my laptop.

No school for the little boss today even though it's CNY celebration.
Daddy says she should rest at home.

She woke up at 645am this morning, calling "Mummy!"

She slept for about 1.5 hours on the flight and then around 1130pm when we got home.

She actually listened to the flight attendant's announcement and kept telling me, "Jiejie says must fasten seat belt!"

Even though she really wanted me to carry her (she was tired) she stayed seated throughout the landing.

But she only wanted me to carry her when we got out of the plane.

The hubs offered to help (because my arms and back were breaking) but she said to him:

Let me carry her!

And gave me a tight hug, resting her chin on my shoulder.

At immigration, she voluntarily told the officer, "My name is Clarissa!" With a really shy smile.

And then at the luggage collection belt, she folded her arms and pretended to be cross.
Because everyone was waiting impatiently for their luggage. 😅

Before falling asleep she made me tell her stories about one little girl looking at auntie make chocolate.

I told her I was really tired and needed to shower, and she let me leave her on her mattress to sleep on her own as I left her room.

Back to this morning, I tried to make her sleep again after she had her milk.

She dozed off twice but woke up both times.

The hubs explained to her that both Daddy and Mummy had to go to the office today but we would be back after she had her lunch and dinner.

She said to us and her Yaya, "After baby eats rice, Mummy will be back."

And pulled out her toys to play with her Yaya in her room.

Awww so sensible and sweet. 😘😍

In the middle of drawing, she suddenly stood up, took her bag, opened it and said, "Let me check my comm book."

She saw me lying on the sofa like this and she followed suit.

She's still on Aussie schedule. Napped for two hours in the morning and no sleep all the way despite our helper trying for nearly an hour.

Helper said she's very sweet today while we were out.
She asked her Yaya to eat her lunch together with her, and when Yaya finished her lunch, she sat down on her lap and said, "Yaya feed me." 😁

When she ran around the house like a drunkard (because tiredness has started setting in), I asked her, "Clarissa, what do you want to do?"

I just wanted to make her stop running, but she actually said to me:

Hahaha what a long sentence and how lovely. 😘😁