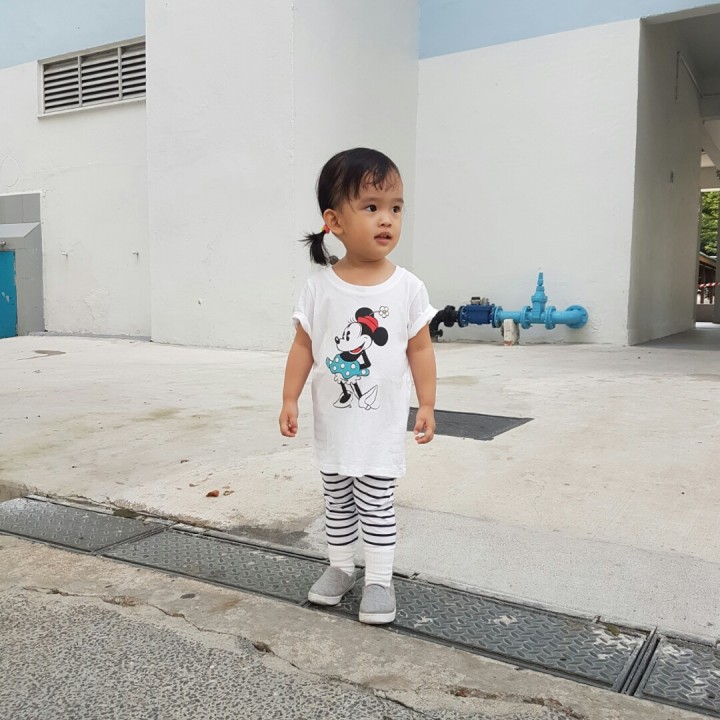 And guess who was in the mood to pick her own clothes this morning? And picked her favorite Mouse? 😅🐁 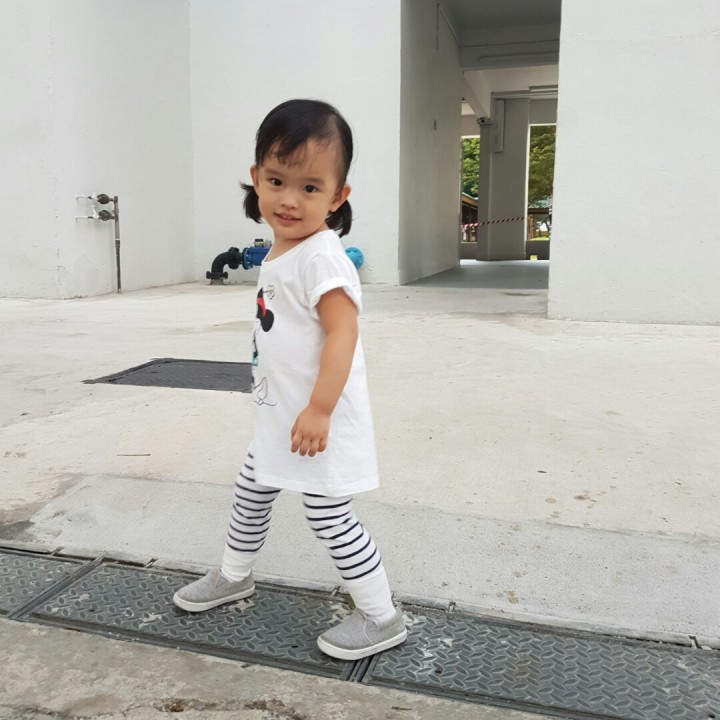 I also bought one for the hubs and one for myself, all Mickey/Minnie Mouse but different colors different pattern.
Meant to wear together for reunion dinner!

So I said, nevermind you let Mummy take pictures later. 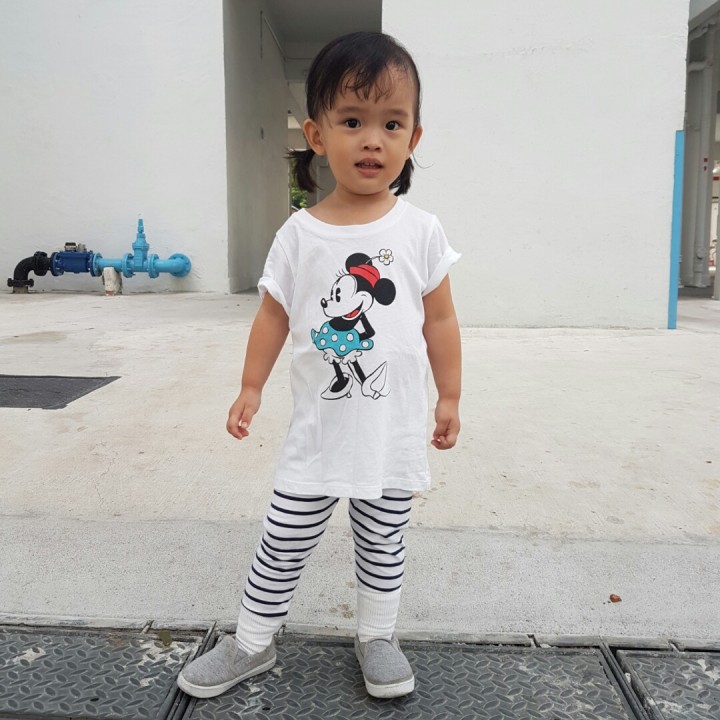 The little boss and our helper had a major breakdown this afternoon.

Which made me very sian in many ways although it sounded quite hysterically hilarious.

Firstly, this "go back to agent" thing is like the worst threat ever. The same way people say "Let's break up" whenever they fight.

I understand the exasperation but I dislike the way it is expressed.

Sometime in November I'd shared with her the new contract I had in mind with her and she readily agreed to stay.

She asked for 2 weeks paid leave in August and I readily agreed.

Two weeks ago she went on her day off and bought a laptop for her son.
I asked her how she was going to send it back as I thought she bought it because it was urgent.

She said she'd take it along when she goes home, when the contract ends.

I said ok, but you will come back right?

She laughed and I left it as that.

I told the hubs later on that I think she'd changed her mind AGAIN but he said he didn't think she meant it that way.

But then this thing happened today, and I happened to see her marking the calendar in Clarissa's room.. she clearly crossed out a date in May and wrote that it's the day she'd finish contract and go home.

The calendar is placed on a shelf openly so it's not like it's a diary and anyone can see it.

So that makes me think she's changed her mind yet again, and it's not necessarily because Clarissa misbehaved.

I really appreciate her and want her to stay.
I offered her a much higher pay.
I don't mind because I know she genuinely cares for Clarissa but this level of maintenance, I cannot.
I don't even have the mindspace to remember to vote for this home improvement plan thing despite repeated reminders from HDB.

I find it hard to keep up to her constant changes in emotion and sentiment.

Thirdly, why oh why is the little one so naughty at such a crucial timing?

I guess her constant rejection of Yaya whenever we are at home has probably already dampened our helper's spirits a little.. but she makes up for it with her funny antics and she can be quite sweet to our helper most of the time.

And we treat our helper well too!

So we gave both of them a pep talk when we got home.

The little one listened to the hubs with her big round eyes and kept saying yes, ok, to what he said.

She went on to say sorry to her Yaya.

I tried to talk to our helper too, that she could choose her battles with Clarissa and sometimes just let her be.

She said she already gave Clarissa time alone this afternoon when she didn't want to put on her clothes. (She closed all the windows so she wouldn't catch a cold. 😂)

But it was nearly 2pm and the little one was still adamant about not wearing clothes because she was angry about getting out of the shower.

So she had no choice but to call the hubs.

I thought she called him because he is fiercer than I am, and can make Clarissa listen.

But she said it's because I'm always in meetings.

👦: I also have meetings lor!

Anyway.
This is tiring.

I didn't mention about the contract tonight since it wouldn't be a good timing.

So I said all kids go through this phase and she said she understood.
And I left it as that.

We've decided to talk to her after CNY.

Time to think of a plan.