So we've celebrated the little boss' birthday in advance..

She was anxious about having so many people in the house so we had to warm her up in her room.

Half the time she was either hiding her face like this or hugging my leg chanting Mummy mummy mummy.

I think I'm going to let her take a picture in front of the wall every year.

She wasn't very cooperative though.
This was taken after much cajoling, and she didn't stand against the wall for me to take her height. 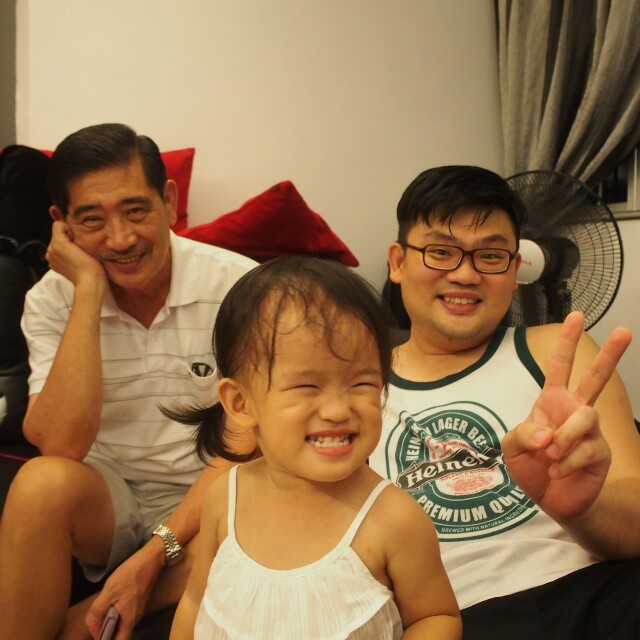 Cheeky girl with her Ah gong and Baba.

I didn't even attempt to take a full group picture so I brought her around to take photos instead.

And she started smiling on demand. 😁😅

But when it came to preparing to sing the birthday song..

She either became too overwhelmed by everyone taking pictures and shouting instructions at her to look in front, or too scared of her Gu-gu (whom she's always scared of 😂) standing right in front of her.

"Ooh so the birthday song's for me?" 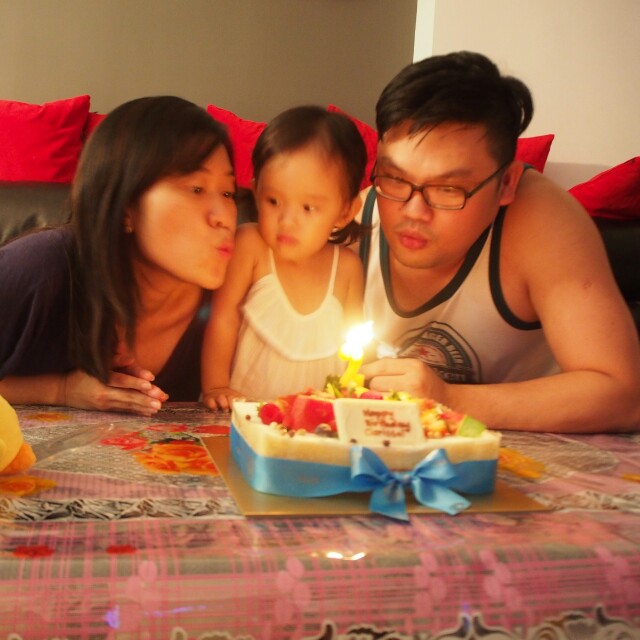 She dutifully handed out cakes to her guests (or instructed me to do it instead 😅).

She enjoyed the cake!
She kept saying "Want some more" and even ate up the little crumbs at the side of her bowl.

I only gave her a small slice and gave out the rest so there wasn't any more cake, sorry baby.

And then we let her open all her presents. 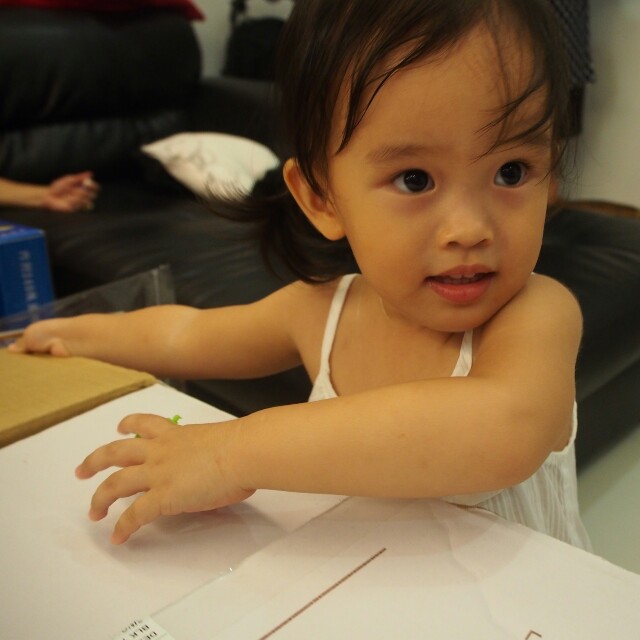 "Are you serious Mummy? All these are mine to open?" 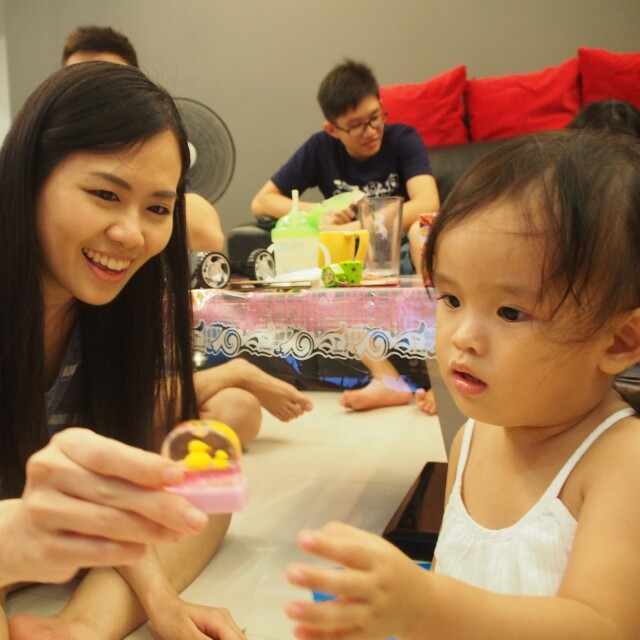 Everything she loves can be found among the presents.

The value of the gifts really doesn't matter; it's the thought behind them.

We got her this tricycle and she hovered around her Ah-ah, wanting it to be fixed up as soon as possible.

And then she made Wai-gong and Baba push her around in it.

"This way! This way!" She'd say, her bossy cheeky self back in full force.

She was reluctant to get changed for bed time.

After she eventually got changed and wiped down, she voluntarily went out to say bye bye to everyone. 😁

It took her a long time to fall asleep because she kept talking and asking me to sing songs.. but I'm sure she dreamt only the sweetest dreams last night.

This morning we met up with our friends and their two girls for brunch!

(I was too eager to give Clarissa her waffle and only remembered to take a picture after I cut out a quarter. 😅)

We had a lovely time catching up and catching pokemon (not me). 😁 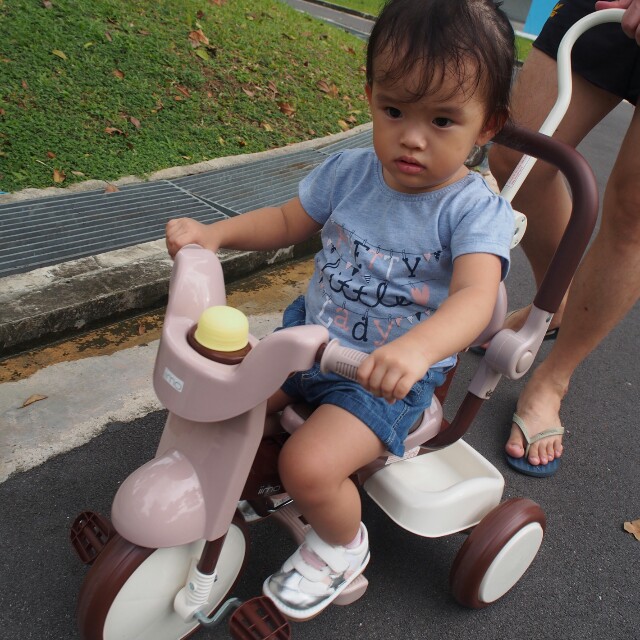 We brought her to the park and playground later in the afternoon, to ride her bike, which she calls "bitapall" (bicycle, go figure). 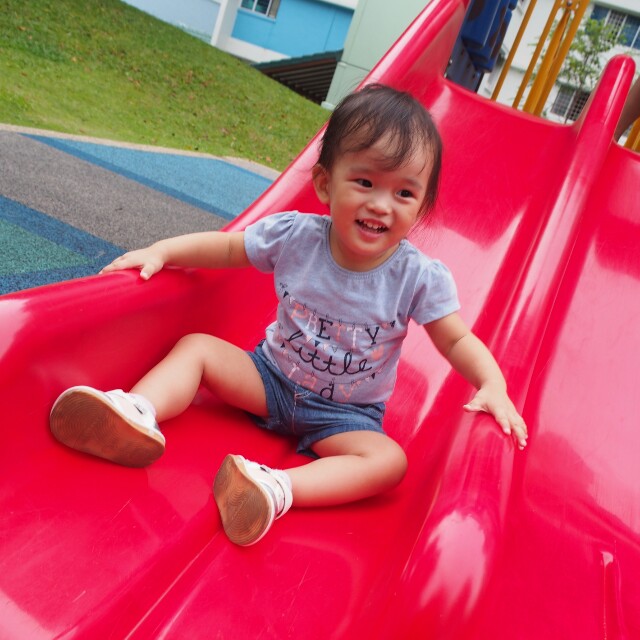 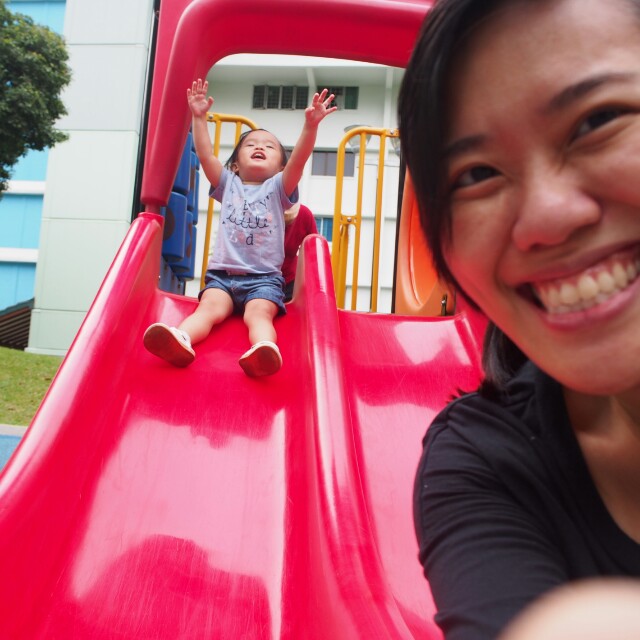 I asked her to slide down to take a picture with Mummy, but instead of coming down immediately she suddenly went "woohoo!" at the top before sliding down.

She didn't have enough and wanted to continue riding on the bike even after we got home. 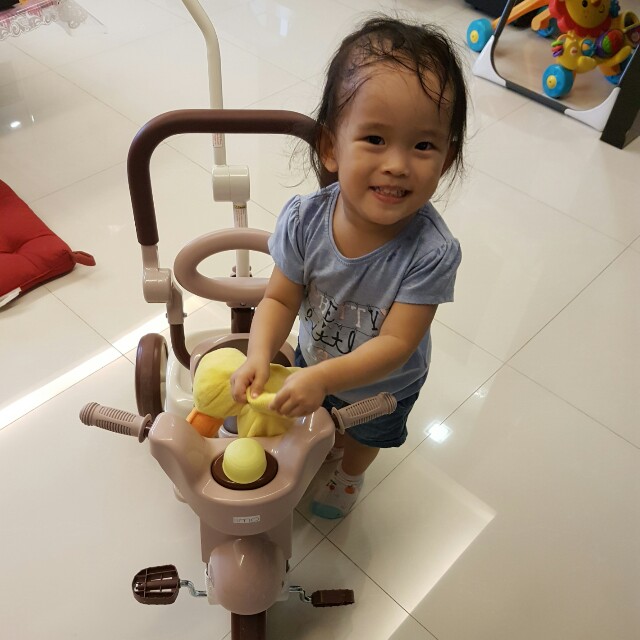 Must take duck duck on a ride.
In fact, all her animal friends took turns.

While I'm reserving her third wish for her, I hope she knows how blessed we all are. 😁