She woke up at 6am for milk and went back to sleep until 815am.

Hahaha my face is very swollen but she looks so cute here.

She was back to holding the ice cream and yoghurt cards from last night, and told me she wanted to "show Daddy!".

So she got me to Skype Daddy.

Breakfast!
I gave her bao but she taxed my fan-choi instead. 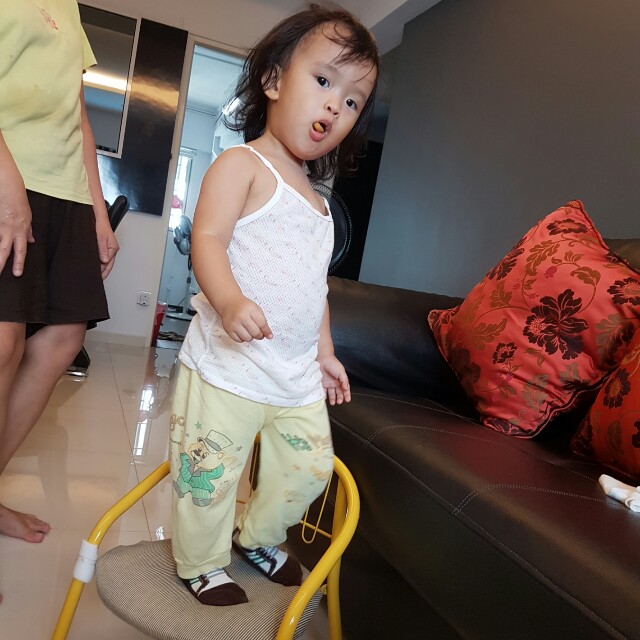 She stood on the chair and said to me gleefully:

☝was a reenactment, when I told our helper about what she did. She went back up the chair to show it to her.

The first time she did it, I didn't dare to take a picture because I had to watch her!

We were playing nicely until she spotted her Yaya folding the laundry.

Insisted on sitting in the laundry basket.

Up to no good.

We sat down on the sofa just before lunch time, because she said she wanted to "watch cartoon".

Alas there was no cartoon showing on okto so I had to flick through the channels as she gave her comments on each one.

She frowned and said.

When lunch time came she refused to eat.

She declared and ran into her room cheekily.

Sigh I had to use the magic word.

"What must you do if you want the tablet?" I asked her in my very feeble attempt to negotiate.

She replied with gusto. 😅 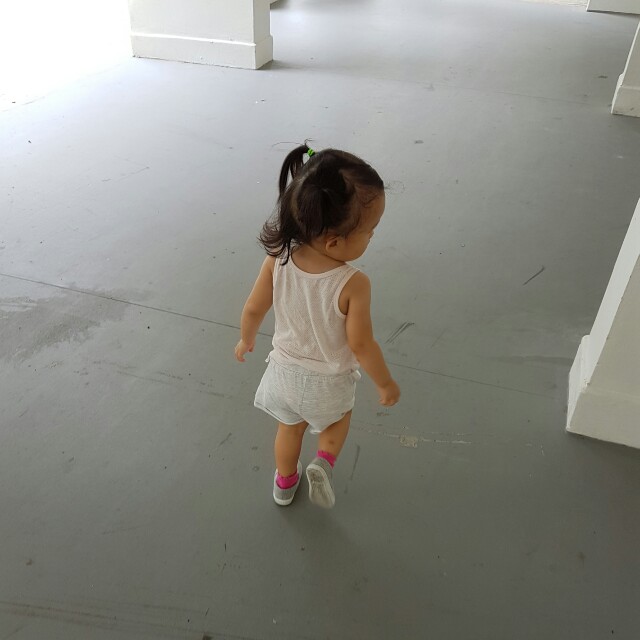 Took her downstairs for a walk and to grab lunch. 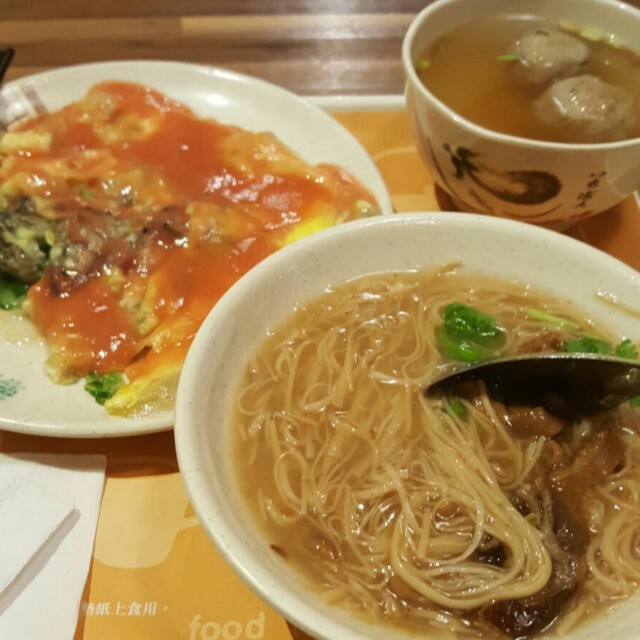 1458: I dozed off for a bit and woke up to glorious comfort food pictures from Taiwan. 😅

I thought the little boss would only nap around 1430, seeing how she woke up later than usual and was so energetic through the morning.

But she went hysterical around 1330, demanding for mama duck, who was suntanning on the bamboo pole because our helper gave her a shower.

I gave her Papa duck, but she cried and said, "No! Want Mama duck!"

I offered myself, "Mama hug you?"

So our helper ran to get Mama duck, who fortunately was dry by then.

We quickly gave her milk (even though it was only an hour after she finished her lunch) and she fell asleep after finishing the milk.

After her 3-hour nap I decided to take her out to do some quick shopping before meeting my friend.

Took me a while to persuade her that there was no need for the trolley, because we can put the stuff in our bags instead.

And then she said, "Bring duck duck?"

I told her that the duck ducks were all taking their naps. 😅

"Aiyo so shy! Mama why are you telling people about me?"

No pictures of our shopping trip. We basically went to the hair accessories shop to get rubber bands (mine are always missing and hers too) and to the book store to get some supplies.

Oh my she was out of control zooming around and taking things off the shelf. 😂

The only time she sat still was in this car. 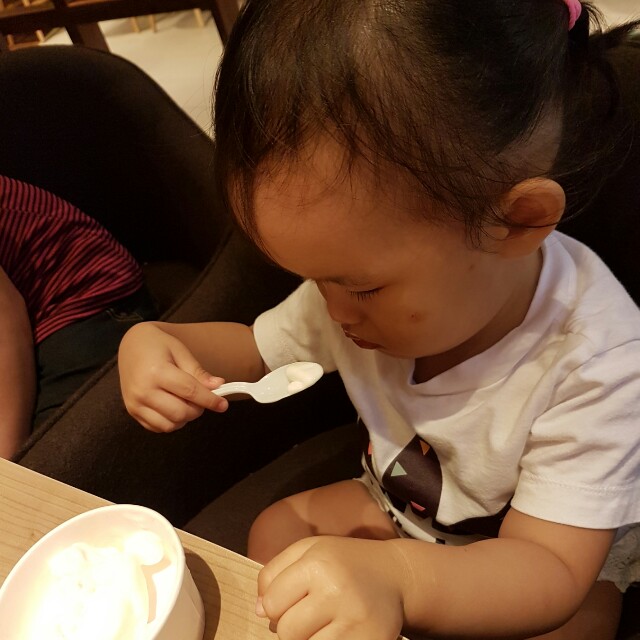 While waiting for our takeaway dinner I got her some yoghurt.

It was too cold so she blew on it before putting it in her mouth. 😂

"Isn't this the right way of eating yoghurt?"

Anyway as she ate the yoghurt, she said to us, "Mama sit down. Yaya sit down."

We didn't realise we were standing around fussing over her, but she reminded us to take a break too. 😁

After collecting our dinner, we walked home together with my friend.

I was carrying the little boss as I walked side by side with my friend, chatting.

Hahaha I realised it was the little boss leaning more and more on my left, trying to avoid looking at my friend, who was walking on my right.

My friend had to shift to my left to help me balance out the numbness.
It worked, because as expected the little boss shifted herself to my right in order to avoid looking at my friend! 😂

She was alright after we got home and had dinner together. She even started singing and dancing in front of my friend lol.

We did a quick Skype with Daddy and said goodbye to my friend before she had her milk and turned in for the night. 😄 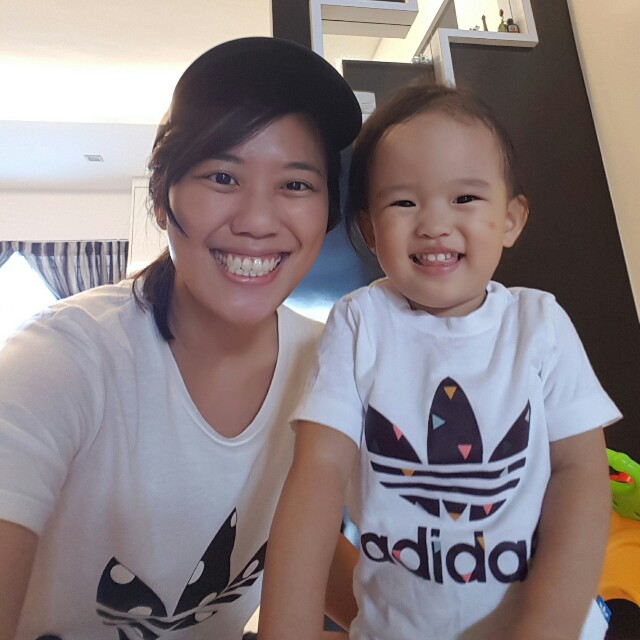