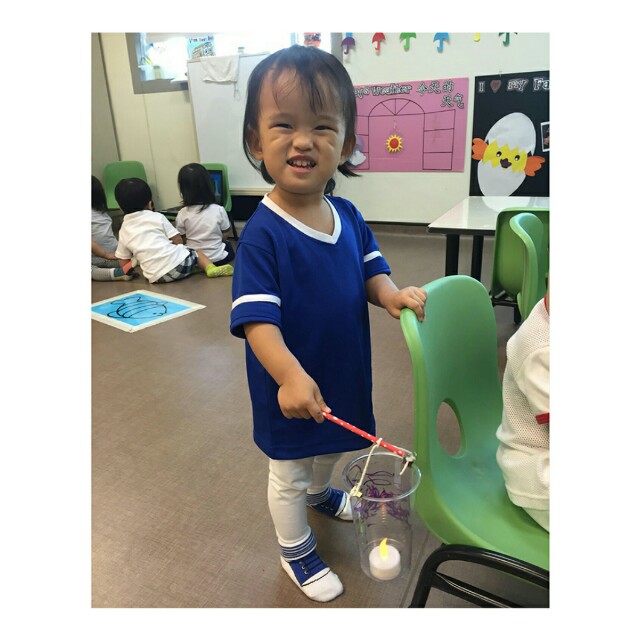 This picture made my day today. 😁 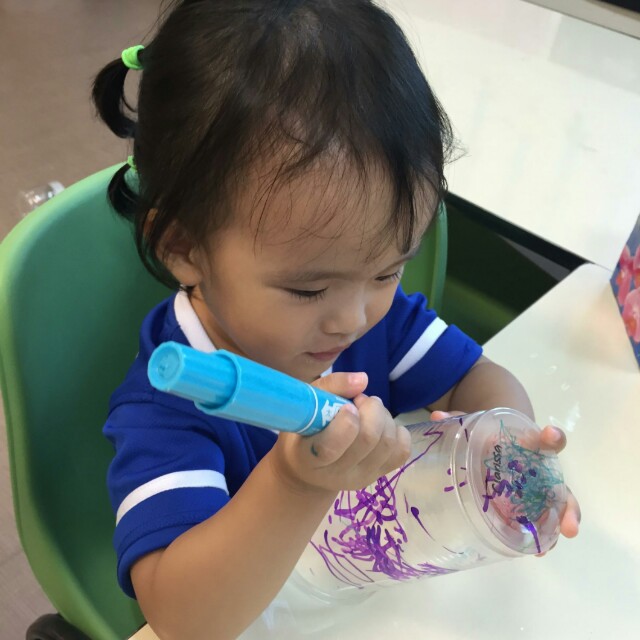 She made her own lantern in school today! 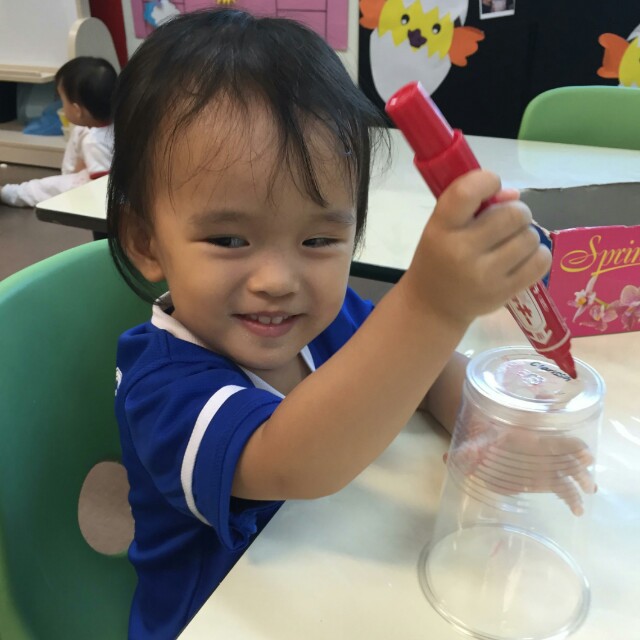 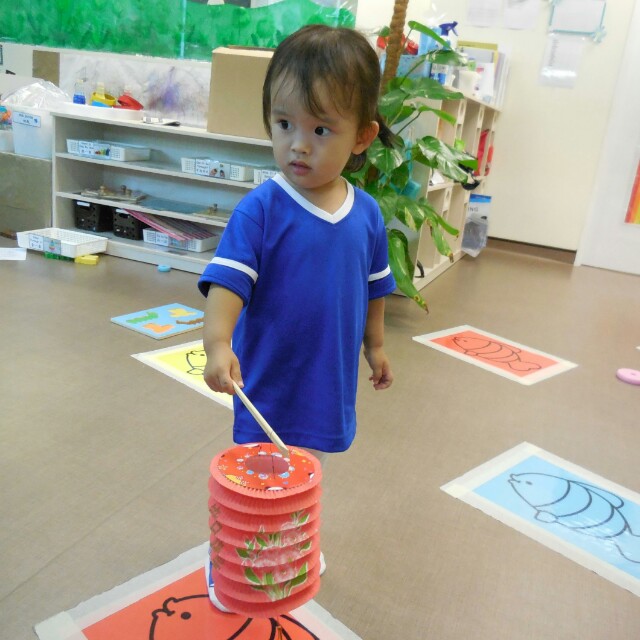 Her Chinese teacher also taught them about mid autumn festival.

I asked her later this evening, "老师有没有跟你们讲中秋节的故事?" (Did your teacher tell you about the story of mid autumn festival?)

She laughed and said to me:

I think she understood my question but deliberately chose not to answer. 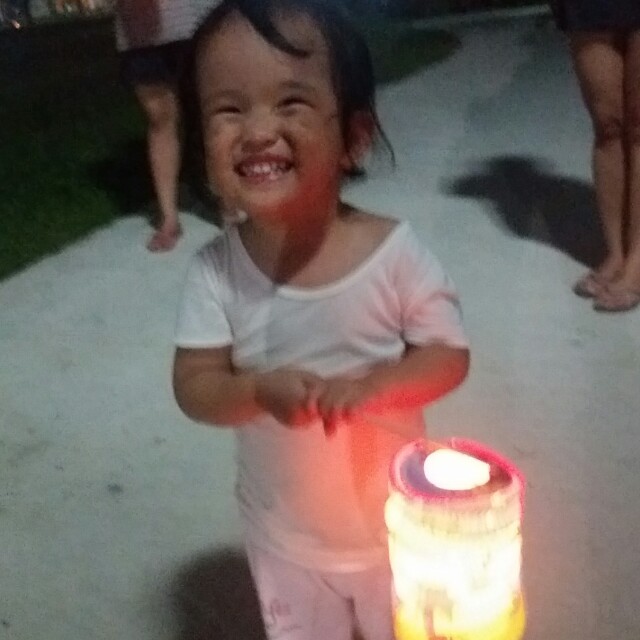 We brought her down to the park for a walk after dinner.

I thought she wouldn't even want to hold the lighted lantern but she did, for about a minute before she dropped it and decided to gun for the playground. 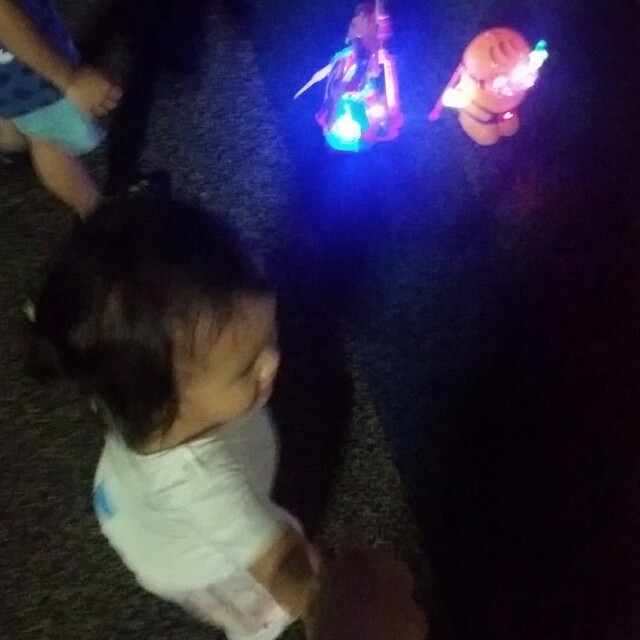 Two boys came up to her to show her their impressive robot + music lantern.

And she started dancing to the music.

I cued her to dance so I could catch it on video.
She was in fact dancing happily on her own without anyone telling her to. 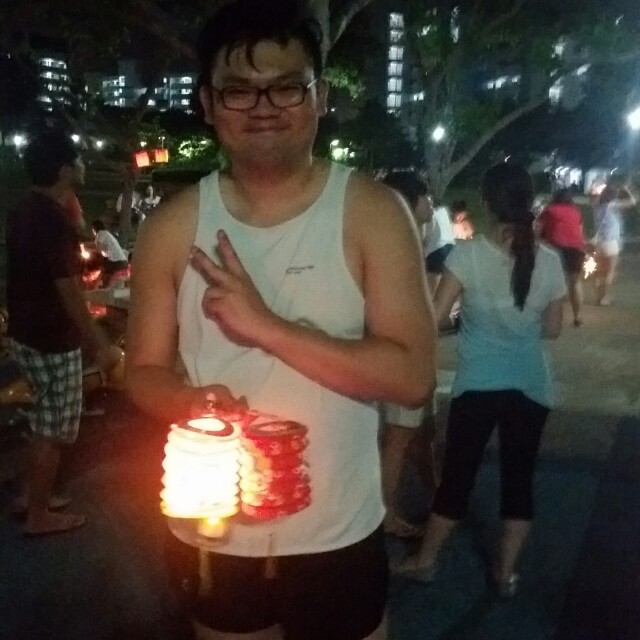 I made Baba pose for a picture. 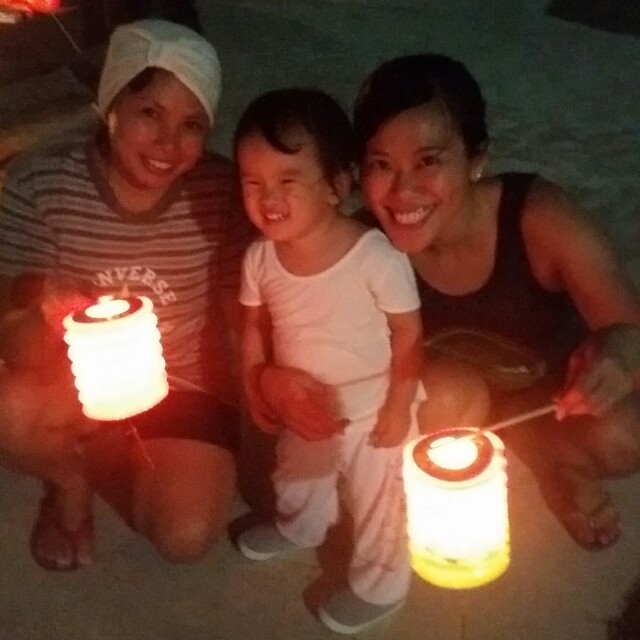