So we decided this morning to take her to the pd after work because her cough got worse.

As soon as my last meeting ended at 6, I took a cab home, picked up Clarissa and our helper, and headed to the children's clinic.

This little one zoomed around the clinic like she was at home. She loved stepping up and down the weighing machine and even made our helper weigh herself a few times. 😂

She cried when the pd tried to listen to her lungs but was ok when she was given a toy.

Walked around the pd's office like she was in her own room and even said byebye to the pd, followed by:

As we opened the door to let ourselves out. 😅

The pd thinks it's more of an allergy / sensitive nose rather than a virus so hopefully the meds she prescribed would help. She was coughing so hard last night she couldn't sleep.

The hubs joined us as we were collecting her meds. 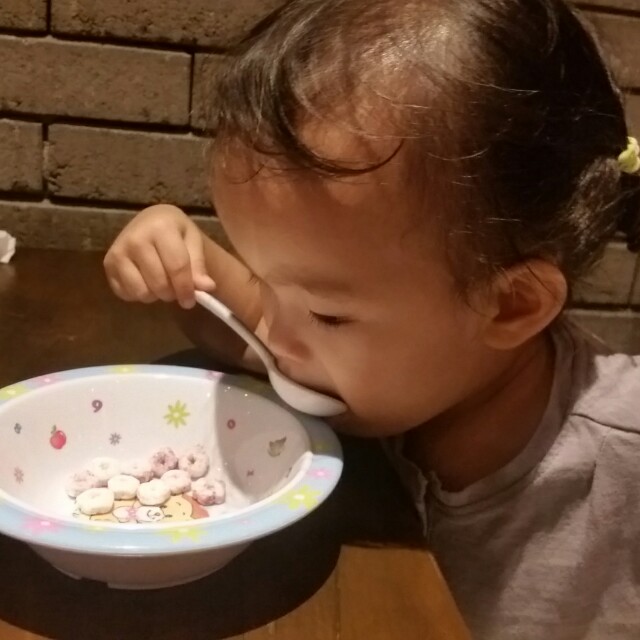 We headed to Dian Xiao Er for dinner and this girl found it fun to pour her puffs into the bowl and feeding herself with the spoon.

Good, because we pretty much could eat in peace.

My sisters and dad dropped by to pass us some stuff. They were outside our door earlier but there was no one at home. 😯

I thought my sis was coming in the afternoon after school so it didn't occur to me to check. .

Clarissa looked confused when Ah-ah left with my dad and elder sis. Went back to her puffs, rejected all other food (she already had dinner), pretended to eat even when there was no more puffs.