This is how I put on my uniform 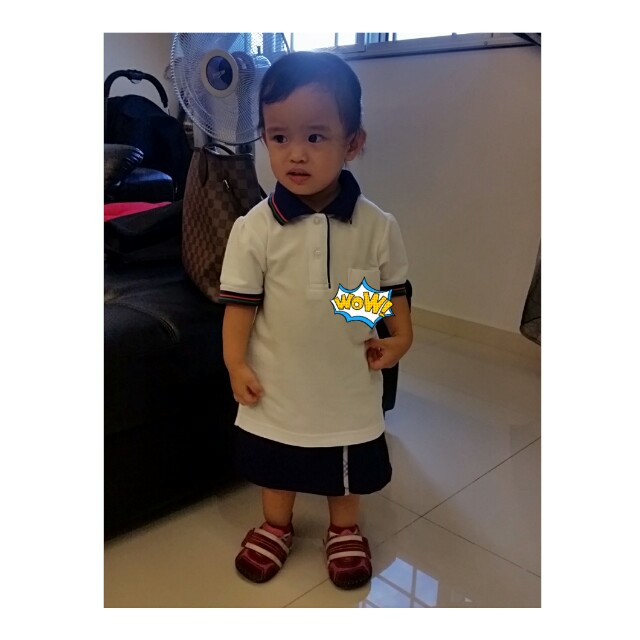 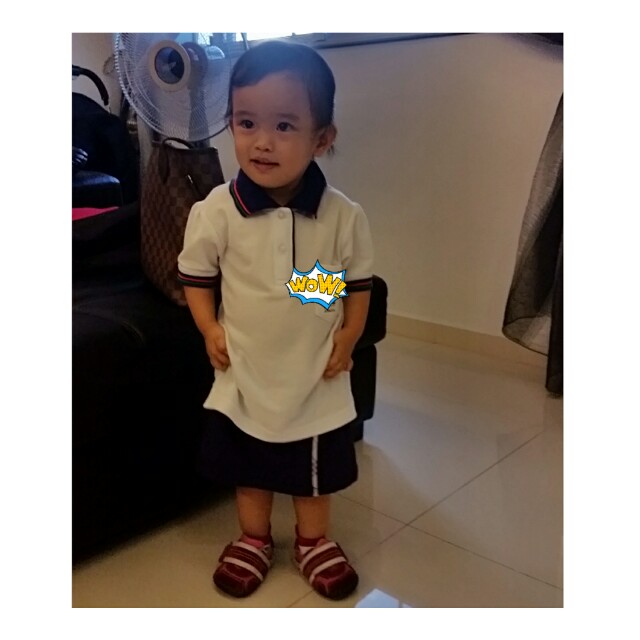 Ok, slightly better.
But right after this picture, she lifted her shirt up and flashed her tummy at me. 😅 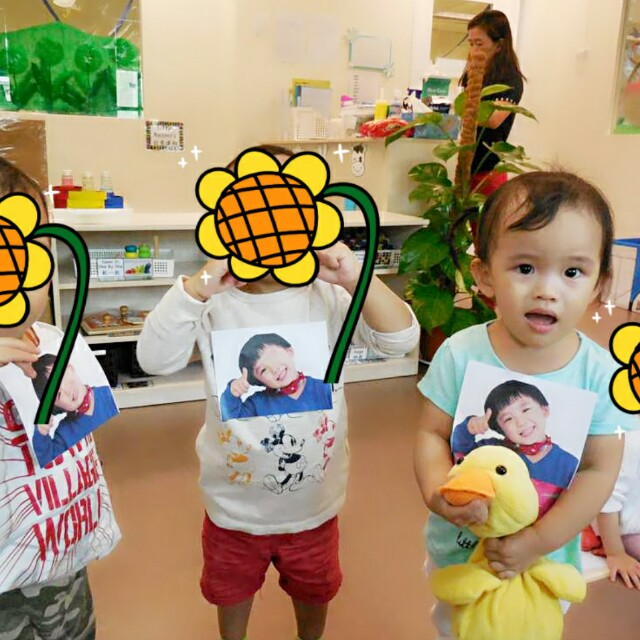 The kids learned about the four key races in Singapore. They were assigned to a particular race and asked to look for friends who have the same picture.

Henceforth featuring Duckie and Little Miss "Why am I doing this?" 😂

I wonder if she understood the exercise and found her friends.

Although. In the spirit of racial harmony, shouldn't they form groups with different races?

Then again it would make the instructions even more complicated to understand.

So this evening I was scrolling through her class' July photo album with her, picture by picture.

There was a look of intrigue (how did the pictures of what we did in class get here?) and familiarity (this is my school!) on her face.

The first twenty pictures we scrolled through were all her classmates' photos.

She started scrolling faster and faster through the photos.. and then she asked me, softly but very clearly:

She was looking for pictures of herself!

I went back to the thumbnails of the album, found her picture and clicked on it.

"Baby," she pointed at herself in the picture, and smiled. 😍

I'm amazed by her ability to ask such a relevant question, and how she asked the question so precisely, and quite correctly, grammatically. 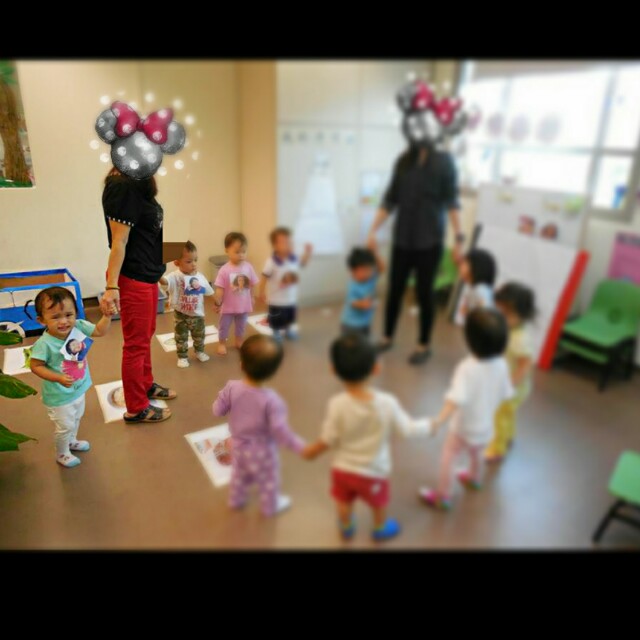 Finally looked through the album and found some behind-the-scene photos of Little Miss "Why are we doing this?".

We think she was crying because her teachers tried to exclude Duckie from racial harmony day. 😂 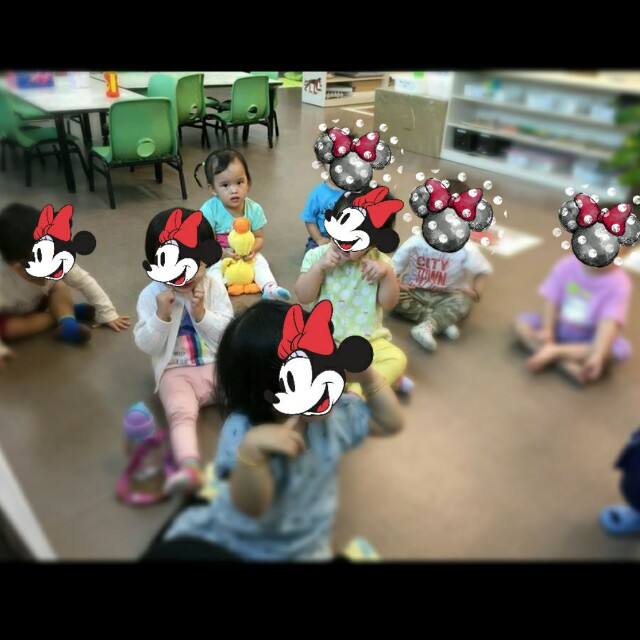 This should have been taken before the exercise, but she was already looking super guarded and protective over Duckie. 😂 Disclaimer from teacher: They did not let the kids eat the spaghetti. 👍