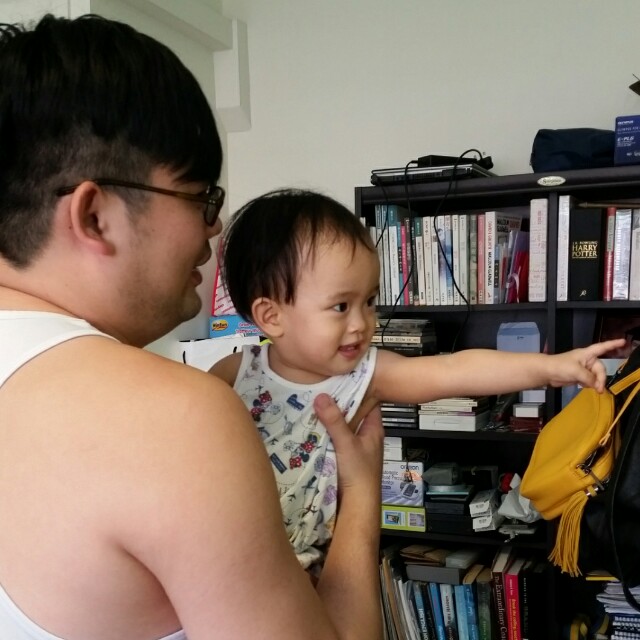 Who's that in the mirror?
Yes, you! Who are you?

I had insomnia throughout my pregnancy and in those wee hours of the morning, the only thing I could do was read.
Books, blogs, anything.
I started following some bloggers, and that was how I got to know about Dayre.

Delivery and confinement was tough, and that triggered me to want to start writing again.

14 November 2014, I wrote about Clarissa's birth story. Throughout the delivery process, I'd deliberately taken notes about the timings, the procedures, fully intending to write about it sometime, somewhere.

Back then I didn't think of writing on Dayre, but post delivery I learned that Dayre was in fact an app and it was easy for me to write using my phone.

The rest, as they always say, is history.

I know this does not technically qualify as a reflection of 2015, since it started in the tail end of 2014.

But I want to start from where it all started, because most of my 2015 has been captured on Dayre.

In the beginning, I ranted quite a bit about the confinement nanny from hell and tried to write my post natal blues away.

I've written about everything.
My fears, my hopes, my tears, my joy, the simple pleasures, the magical moments, Clarissa's tantrums and funny antics, even the seemingly mundane events and thoughts.

I write in the dark very often, usually when I was pumping in the first half of 2015 and nowadays, after little boss sleeps.

The king has summoned the princess to sleep in our room tonight so I brought her to our bed after she finished her milk.

She'd squirmed around a bit before resting her head on my soft and round stomach like it's her pillow.
It's funny, at least to me, that I've put her on a super-king sized bed that's more than adequate for her to roll around in, yet she's chosen to lie on my tummy instead.
I patted her lightly on her back as her breathing became longer and deeper.

She's snuggled perpendicular to me, her back facing me so I can't see her face, but I think she fell asleep in less than 10 minutes.
I stroked her hair idly, contemplating over when the right time to transfer her to the bed would be.

There has been plenty of moments like this in 2015.
Moments where words or even pictures cannot adequately describe how I feel.

I think the generic term for this is motherhood.

Clarissa learned to flip, lift her head, criggle. She frowned less and smiled so much more. For some reason she enjoyed wrapping herself like a popiah.

Just before I was due to return to the workforce, the helper we originally recruited could not come to Singapore afterall.
We were at our wits end before finally deciding to go through the selection process again and wait for another 6 to 8 weeks for another helper.

I wanted to extend my leave by another month, but my mom violently objected to it.
She said I'm better off working because anyone can take care of babies. So she offered to help out for another month before our helper came along.

I started methodologically trying to wean but alas I got my 6th but thankfully last mastitis attack just a day before I was due to return to work.

My supply dwindled naturally and I stopped pumping two months after I started working.

I returned to work on a Wednesday, no thanks to the 2 days sick leave I was given due to mastitis.
I felt a little socially awkward, but then again I have always been a little awkward. 😅

Therein began a month of being a full-time working mom without a helper and the fantastic tag team comprising: the hubs, me, the hubs and me.

He'd wake up early to pick my mom up while I attend to Clarissa's morning feed and nap. When he returns with my mom, I'd change and we'd leave for work.

My mom would go home after we return from work. We'd take turns doing the dishes, playing with Clarissa and making her sleep. I'd pump and wash the bottles while the hubs does the dream feed.

I think I often passed out in exhaustion before I could finish a thought.

Looking back I'm not sure how we managed to do that.
Pure grit, and love. 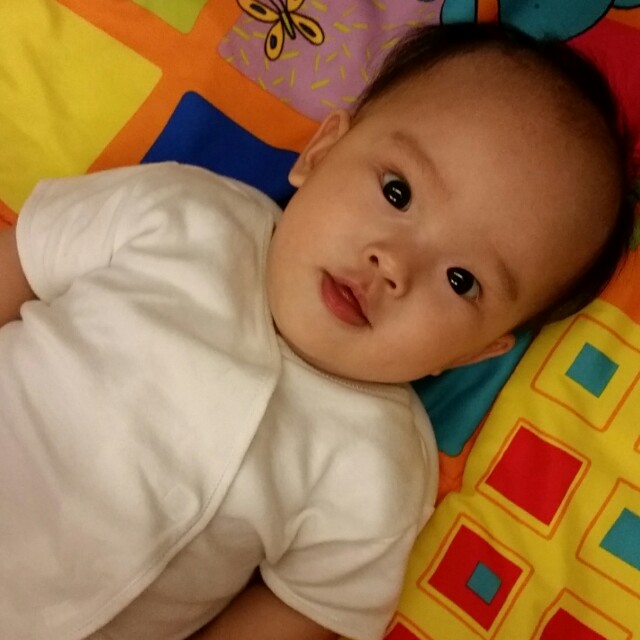 Little boss was so excited to see us return home, she kept talking to us.
I remember her babbling and chuckling, flapping her arms and kicking her legs, like she had a lot to tell us.

There were a few hiccups along the way, and my mom backed out of coming over daily.
We had to make alternative arrangements with the Grandpas and my sister to visit often.

It all worked out in the end and I'm glad we waited for this current helper.

There are still times I feel slightly frustrated not knowing where things are kept in my own home, but overall I know we are very lucky. 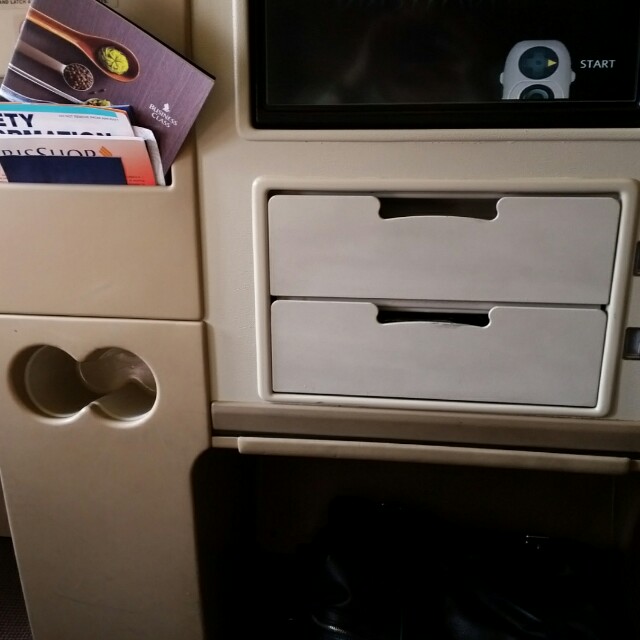 My first business trip in 2 years and my first time away from Clarissa, right after she turned 10 months young.

The catch was that I'd be away from her for just three days before the hubs brings her over to Sydney to join me after I wrap up my work.

It was his birthday present to me and really one of the best I've received.

I still can't help but laugh at the scene in the hotel room as I rushed back to relieve a tired husband and cranky baby.

Clothes and luggage strewn all over the floor, one sock missing, soiled jeans, wet carrier, untouched milk in milk bottle, a baby wearing only a top and diaper because she crawled away before her Daddy could put on pants for her, and a man wearing only his underwear because his only pair of jeans was wet with urine from a diaper that exploded.

In that split second I wanted to laugh, both at the hilarity of the situation and at how blessed I am.

That they braved it all and made it here, for me. 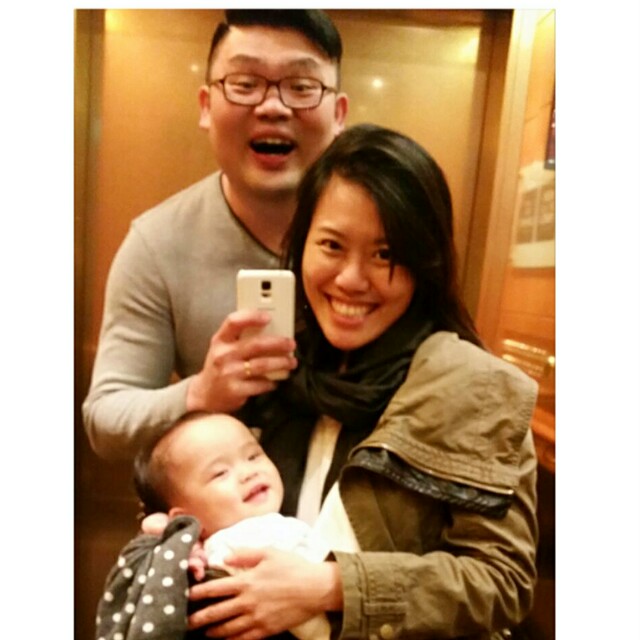 5th September 2015, famfie in the hotel lift after a nice birthday dinner and quick grocery run.

During my business trips, I skyped with Clarissa a lot. But mostly she'd say hi to me or frown at me, and then ignore me for the rest of the time. 😅

She might have been too young to grasp the situation but I think the business trips have triggered the entrance of Little Miss Koala.

20th September 2015, before heading to the airport for a business trip to Korea.

She actually grabbed my hand really tightly, cried and refused to let go just as I was leaving the house.
I cried on the way to the airport.

I'd realised how sad we both looked only as I sat in the plane going through the photos, and those tears welled up again.

I've never thought I would cry over a business trip.

I had a business trip to Japan in the week of the hubs' birthday. I'd already taken leave for this birthday but I didn't have a specific plan in mind.

So I asked him if he'd like to go to Japan. It'd be his first time to Japan, and my birthday treat for him.

I'm glad he agreed!
Well we really missed Clarissa a lot, but I also appreciate the couple time.

In the midst of all the traveling, we discovered Clarissa's bag of tricks.
I was surprised to see how much she knows!
Body parts, names of all her soft toys, who we are, who she is, how to land feet first, how to comb her hair, how to put on and take off a cap, how to talk on the phone.

6th November 2015, the chuckles and laughter with lots of water splashed around.
My happiest moment in 2015. 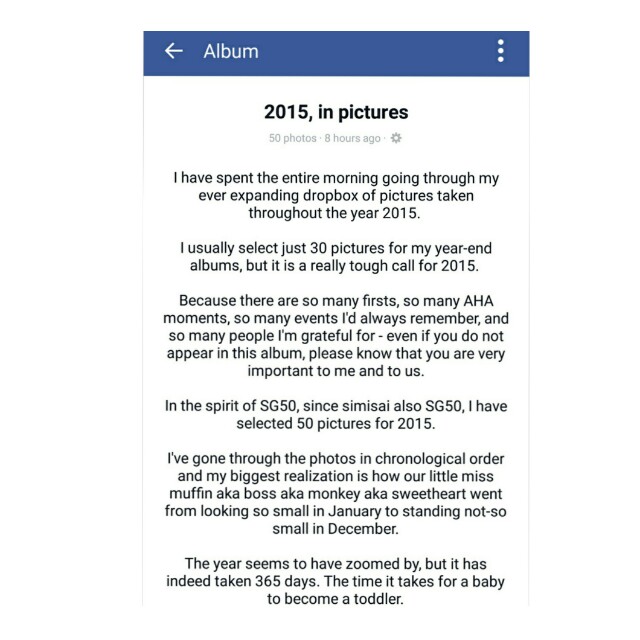 Blink and a year flies by.

Right under my nose, a little coconut tree grows.

Curious yet cautious.
Sweet yet quick-tempered.
Loving yet not too affectionate. 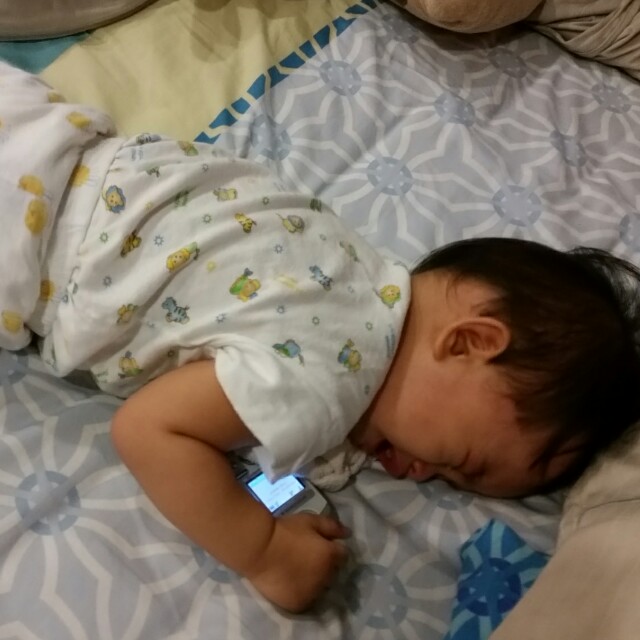 Sometimes I laugh.
But sometimes I tell myself, I need to be stricter with her.

We are still learning.

It'd be odd to reflect on the year without talking about work.

To be honest I feel like my career has gone for a toss after having a child.
I'm not complaining of course, because it is a personal choice.
We can't have it all, at least not everything at the same time.

I still like what I do, and I know this job is the current best option for me, from the flexibility and pay it offers.

Yet one too many times throughout the year, I feel like I've lost the plot.

Or worse, perhaps I've never quite understood the plot.

I'm glad to have made friends with a wonderful group of colleagues, whom I can rant and share insider jokes with.
We look out for one another, and I'm very thankful to have our paths crossed.

I hope I get the plot in 2016.
Or better still, oh please let me WRITE the plot.

Unlike many others on Dayre, I didn't quite make many friends.
But the Dayre community has given me a lot of encouragement and comfort, just by reading what the Dayreans have shared.

I'm an introvert through and through, so apart from writing a few comments here and there, I've pretty much kept to myself.

I'm not sure how many people read my dayre, but it's ok because I've really enjoyed writing.
And I hope Clarissa gets to read this someday.

I'm glad to have real-life friends here who are fellow moms.
@schubbie – you probably have no idea but I'm really grateful for all your advice and support, in my darkest hours.
@babyruth – I'm so glad you're on Dayre now!

And then there're friends who drop words of encouragement whenever I share a dayre post on facebook, and friends who constantly talk to me over WhatsApp, sometimes sharing really deep thoughts and sometimes really random stuff.

It takes a village to raise a child.
I cannot agree more.

Weekly food supply, even though we also do our own shopping.
Regular visits to spend time with Clarissa.
Genuinely concerned and taking interest in Clarissa's well-being and funny antics alike.

So thankful for my parents, his parents, my sisters and their other halves.

And of course, the hubs.

Although I complain about him being on his phone too much and/or not spending quality time with Clarissa, I know he's one of the better ones around lol.

Jokes aside, I really want to thank him for being my pillar of strength and my most trusted partner for adventures.

I haven't been the best wife but I'll keep trying.

But the rule to spend less time on the phone stays yah? 😅

2016, please let it be filled with joy and love, wonder and discovery.

And come what may, let's break it, i mean, solve it together.