Yay to an almost empty office!

There was only two of us here at 830am, now at 10 there are like less than 10.
I'm plugged in to my mp3 player of old and new songs, working on my analysis.
The plan is to leave office by 5 so I can do some Christmas shopping before the hubs picks me up.

I offered to help him get something for his colleagues. 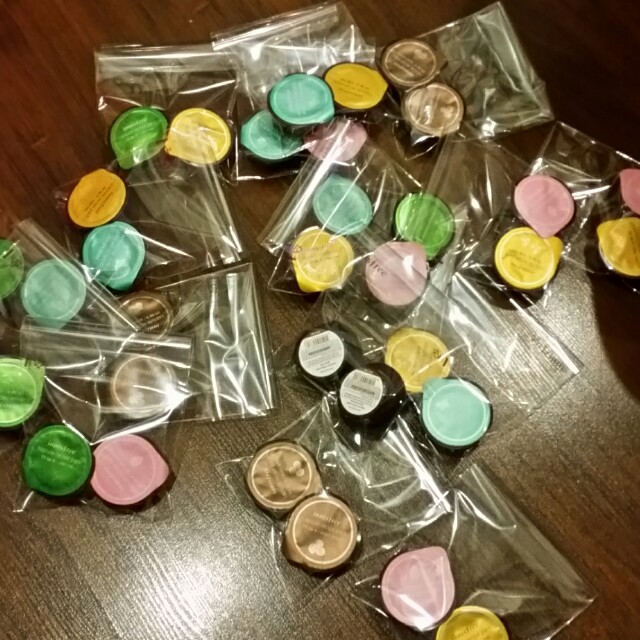 Combed almost the entire bugis junction and bugis+ gift shops before deciding on this.
One of the trending Korean brands (I think) and I love the capsules.
It's a good thing his team has a huge female majority *sorry guys*.

I bought 36 and topped up another 4 to get a free moleskin 2016 notebook.
They couldn't do gift wrapping for me since I need, like, 18.
But it didn't stop me from shamelessly asking for 18 wrappers. 😅

Work in progress: Writing colorful notes of appreciation for his team. 😁

The purpose of using this sticker is to express my delight at scoring an adidas cap I really like.
I exceeded the budget of $35 by $4 though.

After I got into the car, recounted my purchases and jokingly told the hubs I burst the budget by $4, he said, "Wah you really bought something ah?" 😞

He gave me just enough cash for his team's Christmas presents, and none for my cap. 😂
He said he has no more cash (true) so can he compensate with massage?

So I'm sitting on the floor Dayre-ing while waiting for him to write his Christmas notes so I can slot them into the little wrappers.
He kept sighing and shifting while writing lol. Men don't like writing cards, do they? 😅

He wrote another note, sighed again before handing it to me.
I was about to slot it into one of the wrappers when he asked me to read it first. 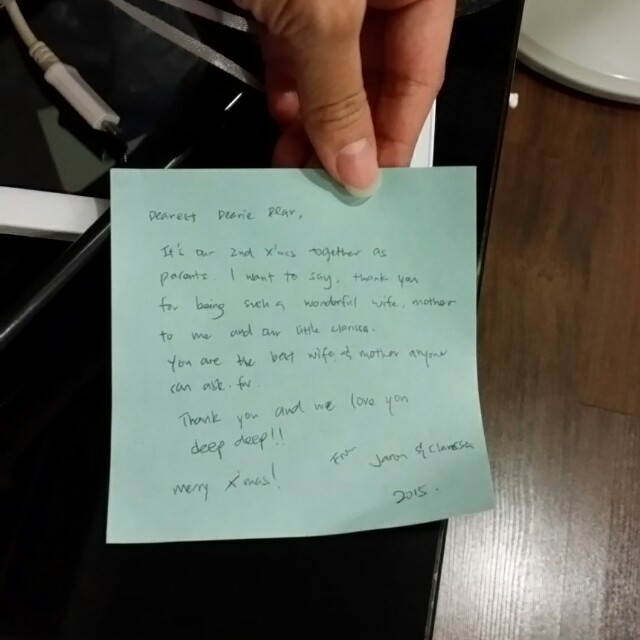 A Christmas note for me. 😁

Really caught me by surprise.